The plan outlined in a draft of the Nuclear Posture Review would cost trillions of dollars — and make Americans no safer.

Over the past year, nuclear weapons have occupied a more prominent place in American discourse than at any point since the Cold War. There are several reasons for this, including heightened tensions with North Korea and Iran, rapid advances by North Korea’s nuclear program, and unprecedented questions about the judgement and stability of the American president. Recently, this discourse has taken on new urgency in light of false alarms warning of imminent nuclear attacks on Hawaii and Japan.

The Pentagon, too, has had nuclear weapons on the brain lately as it has conducted its periodic Nuclear Posture Review. A draft of that review was leaked last week, and suggests the public has more reason to be concerned than ever. According to the draft, the review calls for dramatically expanding and accelerating the development of new nuclear weapons and, even more troublingly, envisioning nuclear retaliation for a broader range of possible attacks, including non-nuclear attacks and potentially even cyberattacks.

The last Nuclear Posture Review, conducted in 2010, came on the heels of President Obama’s Prague speech, in which he ambitiously called for the long-term abolition of nuclear weapons. The Pentagon proceeded cautiously but distinctly towards a de-emphasis of nuclear weapons in American military strategy by abandoning programs that some viewed as an attempt to make the use of nuclear weapons more thinkable, such as the development of a nuclear bunker-buster bomb and other weapons designed to have a tactical application on the battlefield, rather than a deterrent effect at the strategic level. The review supported efforts to modernize other nuclear weapons to ensure that our existing arsenal is both safe from accidents and ready for use.

The 2010 review also declared, for the first time, that the United States would not use nuclear weapons against non-nuclear states that are in compliance with the Non-Proliferation Treaty (NPT) — an assurance that made the American posture seem less bullying to many smaller states, while preserving deterrence with respect to near-peer adversaries like Russia and China as well as rogue nations in violation of the NPT, like North Korea and potentially Iran. Such a promise of restraint, while unprecedented for the United States, still fell far short of a strict “no-first-use” policy, like China’s.

Based on the leaked draft, President Trump’s Nuclear Posture Review sharply reverses all of these trends. With respect to nuclear doctrine, rather than limiting the circumstances in which the United States would be the first to use nuclear weapons in a conflict, the document conspicuously expands them. President Trump’s review defines the “extreme circumstances” in which nuclear weapons might be used in a non-retaliatory capacity to include “attacks on the U.S., allied, or partner civilian population or infrastructure, and attacks on U.S. or allied nuclear forces, their command and control, or warning and attack assessment capabilities.”

This language is more expansive than that of any previous Nuclear Posture Review, and it is reported that current and former government officials say that devastating cyberattacks could qualify as such circumstances. Of course, nuclear weapons are among the least useful tools for responding to a cyberattack, since questions of attribution—rather insufficient firepower—tend to be the biggest challenge in combatting and deterring cyberattacks.

In the defense acquisitions portion of the document, the review endorses all of the expenditures suggested in President Obama’s review, like new air-launched nuclear cruise missiles designed to defeat enemy air-defenses and ground-based interceptors. But it also calls for developing expensive new weapons that the last review deemed unnecessary. These programs include a new class of submarine-launched nuclear cruise missiles, as well as new “low-yield” warheads for submarine-launched nuclear ballistic missiles. (It should be noted that “low” is a relative term; such weapons are still substantially more devastating than those dropped on Hiroshima and Nagasaki.)

Historically, the greatest concern about “low-yield” nuclear weapons is that they blur the line between a nuclear and conventional response, and broadly run the risk of making the use of nuclear weapons more thinkable. The validity of that concern is debated, and the United States does possess variable-yield nuclear gravity bombs that could be fielded as “low-yield” if the situation called for it.

Thus, the biggest mark against the development of a new class of “low-yield” submarine-launched ballistic missile warheads is not that it will dramatically change the strategic landscape, but rather that it will cost hundreds of billions of dollars to develop a capability that we already possess within the strategic bomber leg of our nuclear triad. The nuclear triad guarantees the survivability of a second strike in case one or two of its legs are incapacitated by a first strike. This is a necessary deterrent in the case of a strategic nuclear exchange, in which an enemy might wipe out American air bases and ground-based nuclear missile silos with a full scale nuclear surprise attack, necessitating retaliation from nuclear submarines. But in such an event, such submarines would not be retaliating with tactical nuclear weapons but strategic ones. In short, any circumstance which called for the use of tactical nuclear missiles would be one in which our strategic air power was still intact, rendering a submarine-based tactical weapon completely superfluous.

The price tag for the current plan for nuclear modernization that was drafted under President Obama stands at $1.2 trillion over 30 years. No one has evaluated the cost of President Trump’s draft Nuclear Posture Review, but it would certainly be far, far higher. For perspective, Congress is still agonizing over whether to spend around $15 billion per year for the entire Children’s Health Insurance Plan. And any number of other embattled “big budget” spending priorities appear similarly modest when placed next to the enormous cost of developing new nuclear weapons.

In a recent high-profile Twitter exchange between President Trump and North Korean dictator Kim Jong-un, the president boasted, “I too have a Nuclear Button, but it is a much bigger & more powerful one than his, and my Button works!” The president has long tied the prestige of his office to power of the American nuclear arsenal, and perhaps the Pentagon was responding to that mindset when it drafted this Nuclear Posture Review. But these proposals would serve only to make Trump’s nuclear button bigger and shinier, without doing anything to strengthen America’s global posture, or make the American people any safer. 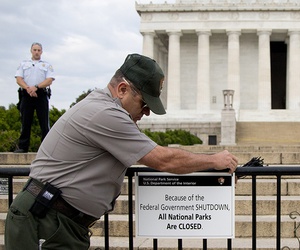 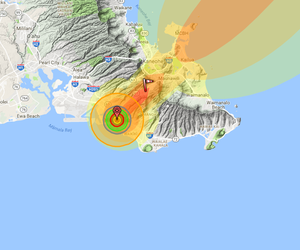 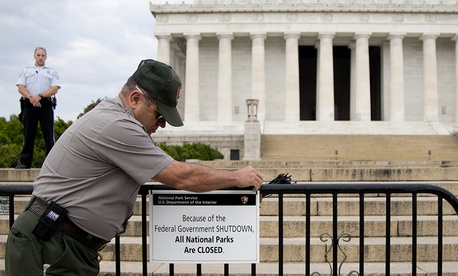 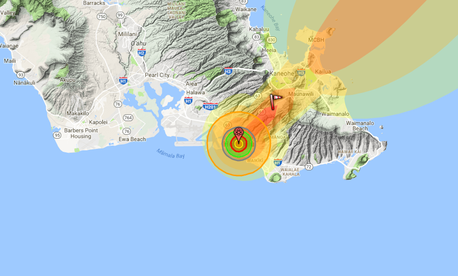