It’s clear that the continent’s political and military leaders are wrestling with the implications of artificial intelligence. But debate needs to translate into action, and quickly.

Change comes hard in much of Europe, particularly in the defense community. But no less than in the United States, European nations are wrestling with the implications of machine learning and artificial intelligence — in the military as well as civilian society. During several trips to Europe in the last six months, we have noted a significant uptick in the number of NATO political and military leaders discussing AI’s impact on the alliance’s military capability.

There seems to be a two-speed discussion going on. European defense industry officials we talked to had no qualms about harnessing AI to reduce manufacturing costs and improve customer satisfaction. But governments and institutions like NATO and the EU were having a harder time. Will AI’s impact on society — say, in data privacy — be feared and, hence, regulated? Can it be “purchased” for national defense or domestic use, and how much would this cost a tight-fisted government? Could it, perhaps, simply be ignored?

One problem we observed during our trips is that “AI” means different things to different people in Europe, just as it does in the U.S. During one of many dinners with journalists and business leaders in Brussels, it was variously described to us by the attendees as “hoovering up personal data” from across Europe or as the “secret sauce” or as “magic dust.” And while all agreed that harnessing it was not a simple matter of “buying three boxes of AI,” there was little consensus on how governments and institutions could or should integrate this new technology.

Not all NATO member governments are spinning their wheels. In Paris, the French government under Emmanuel Macron has announced it will spend $1.85 billion over five years on AI-related research and development, including the creation of a French DARPA-like agency. This effort is not just related to the military field; President Macron became energized about the technology after visiting healthcare facilities, where AI-infused data analyses was improving patient care. He also senses that French companies may be able to harness AI for, say, autonomous driving. In an interview with Wired magazine, he said, “I think these two sectors, I would say, healthcare and mobility, really struck me as promising. It’s impossible when you are looking at these companies, not to say, ‘Wow, something is changing drastically and what you thought was for the next decade, is in fact now.’ There is a huge acceleration.”

Related: How NATO’s Transformation Chief Is Pushing the Alliance to Keep Up in AI

Across the English Channel, the importance of AI was recognized early on by Britain’s business community and its government. With a 1 billion-pound public-private AI-industry investment initiative launched last month, the commitment is real. The UK defense establishment regards its use as yet another pressure on their strained budgets — but perhaps also a data-analysis tool to reduce operating and maintenance costs.

Germany has a different problem. As in Britain, France, and the United States, the German commercial sector is hotly pursuing AI as a means to offering cutting-edge products at lower prices; but compared to its NATO allies, this commercial R&D finds its way less frequently to the government and defense sectors. Public concerns that AI might give the German military or intelligence services too much power or insight into private lives have made Angela Merkel’s coalition reluctant to jump in with both feet.

NATO and the EU can play an important role in helping Allies understand and absorb the role of AI. Both institutions can also be consumers. The follow-on aircraft to the aging NATO AWACS fleet will doubtless involve AI. But at this stage in Europe, the most important role EU and NATO can play will be as advocates and validators.

First, however, these institutions must see clearly for themselves the role for AI — not just in military arsenals and counterterrorism toolboxes, but in other sectors of government as well. Unlike NATO, the EU will play a major role in regulating AI applications like self-driving cars. This undertaking will likely last years as the EU tries to keep pace with change. Regulating AI applications may be a comfort to some governments whose politicians fear change, but too much regulation will stifle development and Europe will be denied some of the advances (and business) AI will bring about. There will have to be a balance reached by governments on both sides of the Atlantic between regulation and freedom, a journey that will take years.

So what more can the nations of Europe do to take part in the AI revolution? How can NATO allies avoid widening the interoperability gap with the U.S. military? These six elements are central:

Don’t wait. Change is hard, and it is easy to avoid difficult decisions by waiting to see what governments are doing. AI itself is a topic that could launch a thousand meetings. But there isn’t time for the 100-percent solution. AI is here now and advances come in such leaps that spending time on one aspect will cause another to speed by unnoticed. Gen. (ret.) John R. Allen and AI thought leader Amir Husain have noted  that while the U.S. both birthed and incubated AI technologies, the Chinese and Russians are not far behind. European governments need to tackle AI now and be part of the conversation and not wait to see what other governments will do.

AI is not “Buy America.” AI is not a U.S.-only technology or a marketing technique to sell U.S. products, but a global phenomenon. In addition to China and Russia, others are also capitalizing on advances in AI and machine learning. Dismissing AI as an American-only initiative is unsupported by the facts and is a sure way to fall behind. There are signs of progress, at least, such as last month’s European Commission appeal to bump up AI-related investment to at least 20 billion euros by 2020.

No Fortress Europe. It will be tempting to protect a nascent European AI industry by locking out U.S. or other foreign tech companies. But this would be self-defeating; the technology is growing so fast that partnering — on application as well as development — is the only way to stay ahead of the curve.

EU and NATO are critical. These organizations must guide their member nations, gathering and disseminating best practices on applying AI. NATO defense planning can ensure that allies take advantage of new military capabilities, such as new-generation drones or intelligence analysis, or new operating efficiencies made possible by AI data-crunching. The EU can also nurture AI by avoiding onerous regulations before AI is even applied. Finally, either or both groups might launch their own DARPA, or AI center of excellence.

Shape the rules. Yes, there are healthy debates about the more esoteric visions for AI, such as autonomous machines and computers. But that is no reason for any country, or for institutions like NATO or the EU, to avoid AI. Nations must be in the game to help set the rules to avoid the concerns that others may have. Nations cannot sit this out and then expect to have their concerns heard. In fact, at the end of the day, their — and our — national security depends on it. 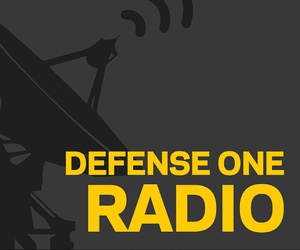 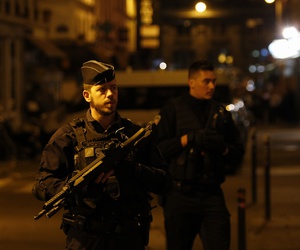 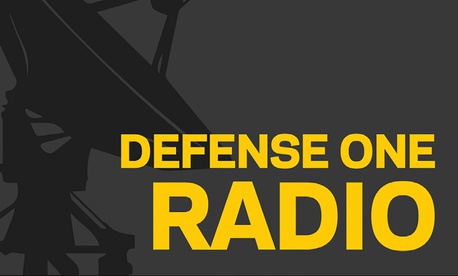 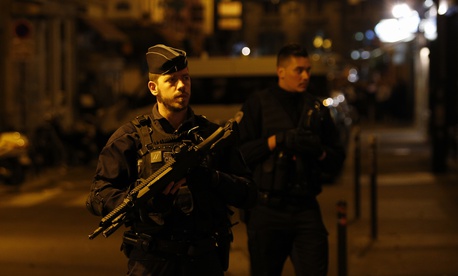