Arab Women in Syria, Inspired by Kurdish Sisters, Join the Fight — and the Movement

"There is no difference between us and them, we are both women. What is really important now is women are having a role."

RAQQA, Syria — Enter this war-torn city and amid the rubble and devastation is an unexpected sight: women.

In the public sphere, in the security forces, back at school teaching, and running shops on the streets where some commerce has returned, Syrian woman are everywhere.

This is a city on whose streets women were bought and sold, held captive, and enslaved by fighters for the Islamic State who had declared Raqqa its capital. Now, six months after its liberation, women are returning to the city with their families and taking on new roles in the rebuilding process, as they restart their lives and open stores.

“I dreamed of opening this shop; now is the right time to make my idea happen,” says Hawla, a shopkeeper in Raqqa who owns a women’s clothing store close to the city center. She opened her store, which sells bras, underwear, and nightgowns, a month ago after returning home following the grinding battle for Raqqa waged by the U.S.-backed Syrian Democratic Forces — except something about the city has changed.

“We used to see men in all these stores but now there are women.” Hawla waves her arm toward the street and a front window, whose top half is darkened so that men cannot see in from the sidewalk, and talks about what is next for her and her city.

Related: Inside The World’s Most Radical Experiment in Women’s Rights

For women, Hawla says, things are changing for two reasons: First, ISIS pushed women too far and made them determined to push back.

“When ISIS was here we were suppressed a lot. Women couldn't do anything. They were telling us, ‘You need to wear the niqab and stick to your home.’ Everything was banned. This made us become eager to work. Their pressure helped us to be liberated,” she says of herself and other women in Raqqa. 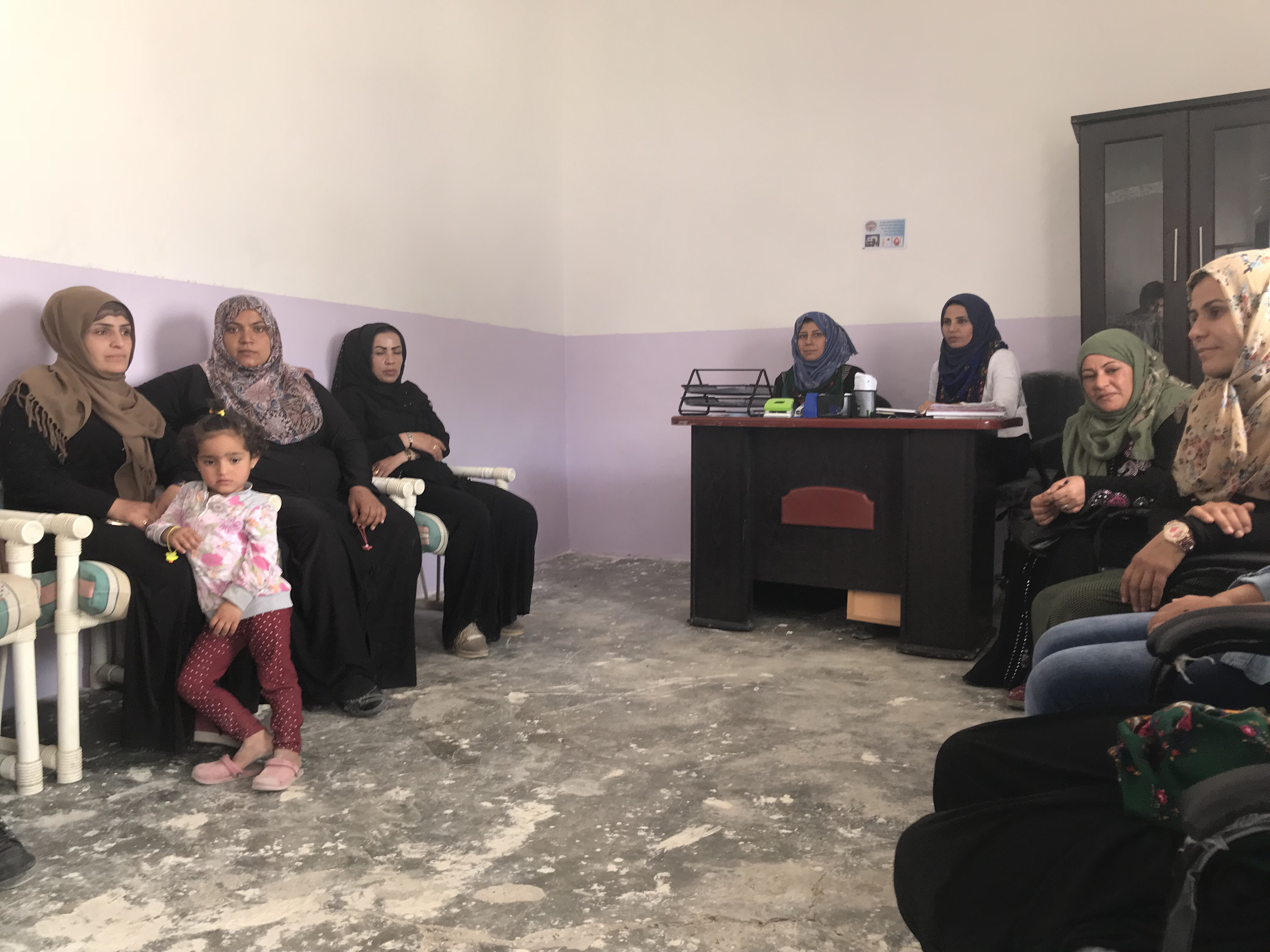 The second reason Hawla cites for her determination is that when she fled Raqqa during the ISIS fight last year she saw something unexpected: women in liberated territories who were playing all kinds of roles in military and civil society. Never mind that they were Kurdish and she was Arab, Hawla says. What mattered to her was what they had in common.

“There is no difference between us and them, we are both women,” says Hawla. “What is really important now is women are having a role.”

I heard both these themes across Raqqa as I spoke with women about their stories of survival and endurance. The trials they faced at the hands of ISIS along with the experience of seeing other women playing roles in their societies are motivating them, they told me, spurring them on to contribute to their city. The challenges are many, the destruction is utter and overwhelming, and their numbers, while hard to gauge, are likely small. But there is no doubt that women are gathering themselves and finding ways to push forward for their families, their communities, and themselves. Whether they succeed depends in part on whether the United States and the coalition that defeated ISIS chooses to invest in their future. The mission is not building nations, but a much more achievable goal, already visible and underway: maintaining stability.

Related: ‘I Want to Finish This’: US Special Ops Leaders Urge Washington to Stick by the Syrian Kurds
Related: SPECIAL REPORT: In Shattered Raqqa, Top US General Calls for the World’s Help

In one of the city’s northeastern districts, Rumeilah, I interrupted a women’s council meeting just getting underway. This local women’s council, gathering in a two-room home just off a quiet street, started its work ten days ago, its organizer Zelikha Ebdi says. Their hope is to gather enough money to fund a sewing factory to put all the women now coming to them to work. Each day women are arriving at the center to sign up to work with the women’s council, security forces, or other local civil society organizations.

“Women in Raqqa have suffered a lot,” says Ebdi. She tilts her head in the direction of the women seated in a circle in this office who speak about how they plan to organize themselves and the services they want to see in their neighborhood. “This is a new step for everyone. We wondered, would women be able to take their part? As we were from Raqqa, we never had that experience before. But all these women are from families coming back to Raqqa.”

Among the dozen women assembled is Bera’a, a mother of three girls. ISIS took her husband three-and-a-half years ago, she says, and she has not seen him since. Seated on the other side of the circle, another women’s council member echoes Hawla’s words.

“We suffered for four years, but that has given us the presence to fight for our rights,” Ebdi says. “We saw those women in Qamishli," she says, speaking of Kurdish women there who are part of the SDF and the local police. ”We knew they were organizing and working for women rights and saw those women in society. We said, ‘Why can’t we do this?’’”

One answer: Arab families in northeastern Syria are traditionally viewed as more conservative than Kurdish families, many of whom saw their daughters join the Kurdish all-women People’s Protection Units, known as the YPJ, in the fight against ISIS.

Outside northeastern Syria, experts are quick to discuss all the reasons why the U.S.-backed experiment in women's equality now underway in this isolated slice of imperiled real estate doesn't have a chance of spreading or lasting through the year, much less the war. But on the ground, women are making change, slowly, in small steps, and in ways that are reshaping their lives.

“I hated ISIS and I wanted to do something,” says 22-year-old Hind, a native of Raqqa now serving in the Asayish, or local police force. She was one of several young women passing through the hallways of the security forces offices we saw while awaiting our interview.

“ISIS beheaded two of my cousins,” Hind said. “So when I came back I wanted to do something for my city — I loved my city and wanted to be part of rebuilding it. I feel like I am doing something very important.”

She is hardly alone, she says.

“My sister, my friends, a lot of women I know are joining Asayish,” she tells me.

Hind dreamed of becoming a pharmacist. She was in her first year of studying chemistry at the local university when ISIS took power and closed her school. Her family stayed in Raqqa until the end of the battle, when they fled to the northern town of Manbij to escape the brutal fight. As soon as ISIS was defeated, her family returned to their home, much of which was destroyed. For the last three months she has been serving in the Asayish. And for the first time in a long time, she says, she has hope.

And she is quick to answer critics who say that all of this is a limited experiment in women’s equality born in Kurdish communities and living on borrowed time.

“I would say they should get rid of their ISIS thoughts in their brain,” Hind says. “We suffered a lot under ISIS, so many girls suffered under ISIS. I want to prove myself because of all that happened.”

NEXT STORY: Former South Korean National-Security Adviser: The US May Have to Withdraw Some Troops