In this June 29, 2018 photo, President Donald Trump gestures while speaking, during an event in the East Room of the White House in Washington.

Fifteen years after the U.S. entered Iraq, the president is inching us closer to another unnecessary fight.

The decision of the United States to wage war against Iraq in 2003 was one of the worst mistakes our country has ever made. Was Saddam Hussein a brutal dictator? Yes, but he didn’t have weapons of mass destruction, and toppling his regime had profound consequences—bringing the deaths of thousands of Americans and hundreds of thousands of Iraqis, promoting deep instability in the region, inflicting lasting damage on American credibility, and imposing enormous costs on American taxpayers.

Joining the Senate in 2013 as a member of the Armed Services and Foreign Relations Committees, I vowed to learn something from that mistake. My top priority is keeping Americans safe, which includes reducing the risk of unnecessary war and raising the likelihood of decisively winning any war we must fight. I owe that to the American public, and I owe it to our servicemembers.

I fear the United States is on the verge of blundering into another unnecessary war with Iraq’s next-door neighbor Iran. The same warning signs are on the horizon, and I hope we will turn back from the foolish path we seem to be taking.

The first warning sign is the Trump administration’s rejection of the prospect of diplomacy to reduce tensions. The U.S. led many nations in developing the 2015 comprehensive nuclear deal with Iran, which contained in its first paragraph the affirmation that Iran would never “seek, develop or acquire” nuclear weapons. The agreement contained specific commitments, including an inspection protocol designed to make sure that Iran complied and clear consequences if it didn’t. Donald Trump’s administration has backed out of the deal, even though our allies and the chief international nuclear inspection agency have verified that Iran is in full compliance with it. With the U.S. out, Iran might back away from its commitments and restart its nuclear-weapons program. As the present struggle to curb a nuclear North Korea demonstrates, giving Iran an excuse to resume its program is foolishly dangerous.

Second, there has been an uptick in bellicose rhetoric from the Trump administration toward Iran. The president stated at the recent NATO summit that there might be an “escalation” between the U.S. and Iran. When he was a member of Congress, Secretary of State Mike Pompeo opposed the diplomatic deal to end Iran’s nuclear ambition and opined that a series of attacks could take out Iran’s nuclear capacity. Pompeo recently promised that “the world’s wrath” would fall on Iran should it resume a quest for nuclear weapons, omitting that his own boss had decided to tear up the deal preventing Iran from pursuing them. United Nations Ambassador Nikki Haley, National-Security Adviser John Bolton, and the president’s personal lawyer Rudy Giuliani have made similar belligerent comments about Iran. Israeli and Saudi leaders are also encouraging increased U.S. action against Iran. Axios recently reported that the U.S. and Israel have formed a joint working group focused on efforts to pressure the Iranian regime by provoking internal unrest and protests.

Third, tensions between Israel and Iran in Syria and the potential for direct confrontation are on the rise. Iran has long been a backer of the Syrian dictator Bashar al-Assad. Iran and Russia are currently propping up his butcherous regime, and both nations have a military presence in Syria. In mid-June, an Israeli air strike killed numerous Iranian-backed militia members deep in Syrian territory, along the Iraq–Syria border. Some press reports attributed this strike to the United States. These accusations raise the risk to U.S. forces in the region and represent an escalation in the Syrian war that could trigger a wider regional conflict.

Exacerbating these warning signs, the administration has shown that it believes it can take military action without even coming to Congress to seek permission. President George W. Bush came to Congress months before his administration took military action in Iraq, but the Trump administration has twice struck Syria with missiles and also directed U.S. air attacks against Syrian military positions even though it did not have specific legal authority to do so. When pressed on how those military actions comply with domestic and international law, the administration simply asserts that the president can use military force if it is in the “national interest.” The view that the president can just assert “national interest” as a magic password and bypass the constitutional requirement that Congress declare war should worry every American. There is little doubt that this president might use the same rationale to justify military action against other nations, including Iran.

Is Iran a threat to the Middle East? Yes, and President Trump’s shortsighted rejection of the nuclear deal should make the U.S. even more worried about Iran’s aggression in the region. The U.S. should do what it reasonably can to punish Iran’s bad behavior and help our allies protect themselves. That’s why I have advocated tough sanctions in response to Iran’s support of proxy groups, its human-rights abuses, and its violations of UN resolutions, and also why I’ve supported robust American military assistance to Israel, Jordan, and other key partners in the region. But Iran does not pose an existential threat to the United States. We should not get pulled into another offensive war in the Middle East.

I hope I am wrong about what I see coming. But watching this administration tear up a diplomatic deal with Iran, use increasingly belligerent rhetoric about that nation, and assert that it can wage war without coming to Congress leads me to sound an alarm. We cannot afford another unnecessary war, and Congress and the public must be vigilant to stop it. 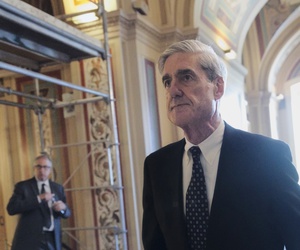 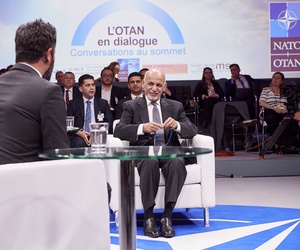 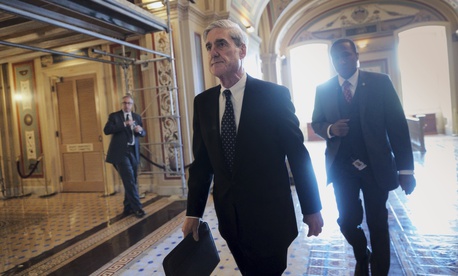 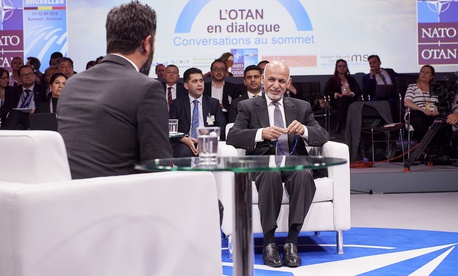