Inside the Disaster Zone
Skip to Content
Get all our news and commentary in your inbox at 6 a.m. ET.
Ideas
The US Military Must Lighten Warfighters’ Loads 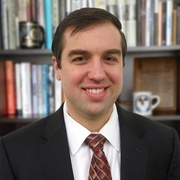 In World War II, being an infantryman was the third-deadliest job in the American military, behind bombardiers and submariners. In the years since, technology has woven a cloak of stealthiness around bombers and submarines, yet the infantry remains a deadly profession. Over 80 percent of U.S. combat deaths since World War II have been in the infantry, a community that makes up just 4 percent of the force. Survivability in combat has improved dramatically in recent wars because of advances in body armor and combat medicine, but more could be done. The thousands of servicemembers killed, tens of thousands evacuated from theater, and hundreds of thousands suffering from traumatic brain injury point to the dire need to increase the survivability of dismounted ground troops. To address this problem, Secretary of Defense James Mattis has created a Close Combat Lethality Task Force to strengthen the “lethality, survivability, resiliency, and readiness of infantry squads.”

One factor that has slowed improvements in infantry survivability is the fundamental weight-carrying capacity of a human. Modern technology can improve survivability in aircraft and submarines because the platforms themselves can be redesigned to accommodate better defenses. Bombers and submarines have grown in size without sacrificing mobility. The B-2 bomber, for example, is more than twice as heavy as the World War II-era B-29 Superfortress, and cruises more than 2.5 times as fast. For people, however, the load-carrying capacity is fixed. More weight impedes mobility.

Today’s grunts carry anywhere from 90 to 140 pounds in combat. This heavy burden hampers mobility, increases fatigue, and reduces performance. Grunts who carry these loads understand this all too well; quantitative studies support their perception. Studies have shown that heavier loads reduce situational awareness, slow reaction times, and make warfighters more susceptible to enemy fire. Heavier weight also increases injuries. During the wars in Iraq and Afghanistan, the number of soldiers retiring with musculoskeletal injuries increased tenfold, a drain on the long-term health of the force.

The Army and Marine Corps have taken steps to reduce warfighters’ loads in recent conflicts, fielding lighter weapons, body armor, and gear. Future weight reductions are planned, and while these are valuable steps, they are likely to yield only incremental improvements at best. As technology evolved throughout the twentieth century, warfighters gained more gear to carry, with combat loads increasing from an average of 80 pounds in the Normandy landings to an average of nearly 120 pounds today. Slightly lighter gear is valuable, but won’t fundamentally change the dynamic that ground troops face. The military needs a paradigm shift for how it thinks about dismounted combat troop survivability, acknowledging the performance and survivability penalty from additional weight. Lighter loads improve situational awareness, reaction times, and mobility, all essential factors in allowing U.S. troops to close with and destroy the enemy.

Related: Beyond Big Dog: The US Army Searches for an Infantry Squadbot

Official Army doctrine acknowledges this tradeoff. Army Field Manual 21-18, “Techniques and Procedures of Foot Marches,” states: “The ability of a soldier to march and fight is directly related to his load. The maximum individual load limit cannot be exceeded as an infantry soldier will not accomplish his mission. Soldiers fight light with only the equipment required for the immediate mission.”

Yet in practice, in practice, the limits specified in Army doctrine – 48 pounds fighting load and 72 pounds approach march load – are routinely violated. Other Defense Department studies have confirmed a recommended fighting load of 50 pounds. Yet a soldier’s body armor and helmet alone take up over half of that weight, leaving little additional capacity for all of the other necessary combat equipment: weapon, optics, night vision goggles, ammunition, water, grenades, radio, batteries, and other gear.

The most recent report in the Center for a New American Security’s Super Soldiers series, “The Soldier’s Heavy Load,” provides recommendations for how the U.S. military can improve dismounted combat troop survivability by changes in policies and equipment today, using existing technologies. The Department of Defense should:

These steps would give commanders on the ground the right tools and policies to allow them to flexibly adjust combat loads and protection levels to best suit the mission and environment. Additionally, optimizing body armor requirements and tailoring body armor to warfighter body type can help reduce unnecessary weight without sacrificing protection. Taking these steps today can improve infantry troop lethality, survivability, and performance in combat, as Secretary Mattis’ Close Combat Task Force intends.

This article is adapted from CNAS’ Super Soldiers series.

NEXT STORY: China Has a ‘Space Force.’ What Are Its Lessons for the Pentagon?