President Donald Trump talks to media before boarding Marine One on the South Lawn of the White House in Washington, Saturday, Dec. 8, 2018.

As foreign-policy experts assess what the year ahead holds, one issue comes to the fore: whether President Trump’s good fortune will continue.

By this point in his presidency, George H. W. Bush was preparing for battle with Iraq, Bill Clinton had begun bombing Serb targets in the former Yugoslavia, George W. Bush had invaded Afghanistan, and Barack Obama was about to encounter the Arab Spring.

Donald Trump, by contrast, has been lucky.

That is the conclusion of a report released Monday by the Council on Foreign Relations ranking the conflicts that could most threaten the United States in the coming year. The study notes that the Trump administration “has yet to confront a serious international crisis in which the president has had to wrestle with the agonizing decision over whether to commit the United States to a new and potentially costly military intervention.”

Related: The War in Afghanistan is Bad Politics and Bad Foreign Policy

Related: Time to Rethink the Price of Partnering With Dictators

“It is reasonable,” the report’s authors write, “to assume that it is only a matter of time before the Trump administration will face its first major crisis.”

Here are some of the study’s most striking conclusions:

Paul Stares, who oversees CFR’s annual survey, acknowledged that Trump has faced some grave security challenges. Bashar al-Assad, for example, used chemical weapons multiple times against the Syrian people, while North Korea tested its most powerful nuclear device ever and ballistic missiles that for the first time could reach the United States.

But Stares noted that the president didn’t appear to seriously consider countering Assad’s atrocities with anything beyond limited air strikes and that while Trump’s bellicose rhetoric toward North Korea last year contributed to an atmosphere of crisis, it’s not clear he was really on the verge of taking military action. (Nikki Haley, the outgoing U.S. ambassador to the United Nations, who was instrumental in executing the administration’s “maximum pressure” campaign against North Korea, recently told me that the president wasn’t planning to “instigate something” despite his bluster, but that he “totally would have” gone to war had Kim “launched something” that came “near the U.S.”)

Developments that might well trigger a substantial U.S. military response, like a large-scale attack on American citizens or Russian aggression against a European nato ally, haven’t materialized, Stares pointed out. And the one time Trump deployed U.S. troops on a new military operation, it was to the border with Mexico to deter a migrant caravan ahead of the midterm elections—a move his critics dismissed as a political stunt.

The president has used force sparingly in part because he doesn’t share his predecessors’ expansive view of the United States as the guarantor of global stability. But, as Stares told me, “you could say he’s just been lucky, too.”

The CFR survey, in which about 500 American government officials and foreign-policy experts estimated the likelihood and impact on U.S. interests of 30 hypothetical incidents in 2019, points to a range of places where the luck could run out.

In and outside the U.S. government, there’s a lot of talk about how fierce competition is getting between the world’s great powers, whether in the form of Russia interfering in the 2016 U.S. presidential election or the United States waging a trade war with China. But the participants in CFR’s poll didn’t seem especially concerned about such political and economic skirmishes turning hot.

Only one contingency directly involving China or Russia—an armed conflict between China and one of America’s regional partners over disputed territory in the South China Sea—appeared in the report’s top tier of risks. That category includes situations judged either highly likely to occur next year or liable to inflict a high level of damage on U.S. interests.

Other scenarios might implicate the United States’ geopolitical rivals. One of the highest-ranked risks in the report—eclipsing a major act of terrorism against the U.S. homeland or an ally—was a cyberattack on U.S. critical infrastructure and networks, which might be carried out by a sophisticated state actor such as China or Russia. The Assad government’s violent reassertion of control in Syria, which respondents deemed very likely to happen, could place Washington and Moscow at odds.

Nevertheless, a high-impact, low-probability event does appear in the study for the first time in its 11-year history: a crisis between the United States and China over Taiwan ahead of the 2020 election on the island, which has friendly (unofficial) relations with the U.S. but which Beijing claims as its sovereign territory. While Trump briefly inflamed tensions as president-elect by taking a phone call from Taiwan’s leader, the dispute hasn’t reached crisis level since the Clinton administration, when China fired missiles into the waters surrounding the island.

If some aspect of Xi Jinping’s mounting-pressure campaign against Taiwan was to provoke the Trump administration, Chinese leaders might take actions “because they feel so strongly about Taiwan as part of China, and [their U.S. counterparts might] do things because this is now the real test of wills with China, and our credibility is on the line, and the future of the 21st century will hinge on how this particular crisis plays out,” Stares said.

We’re Not Out of the Woods on North Korea

Respondents were not as anxious as they were last year about a military conflict between North Korea and the United States. (In the wake of Trump’s withdrawal from the Iran nuclear deal, they remain just as alarmed about a military conflict erupting between Iran and the U.S. or one of its regional allies.) Still, the return of tensions on the Korean peninsula following the collapse of nuclear talks did emerge as a high-priority risk.

The survey results indicate that “people don’t frankly believe Trump has solved this issue or that North Korea really is on the path to denuclearization, and that [they believe] it won’t take much for it to be reignited as a major flashpoint,” Stares observed. The respondents “more or less put it as an even chance that this thing is going to unravel.”

Trouble’s Afoot in the Americas

Though possible conflicts in the Middle East and North Africa are most prevalent in the report, the latest survey featured more scenarios in Latin America than in any prior year, including a worsening economic crisis and political instability in Venezuela (a top-tier concern) and violence and turmoil in Nicaragua. Some respondents also wrote in the prospect of civil unrest in Brazil, which just elected the far-right politician Jair Bolsonaro.

It’s a reminder that even as the United States tends to troubles at home, it is navigating a neighborhood and a wider world in great flux. 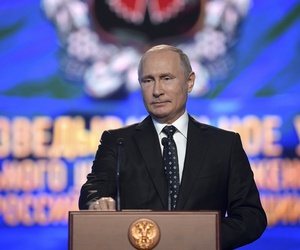 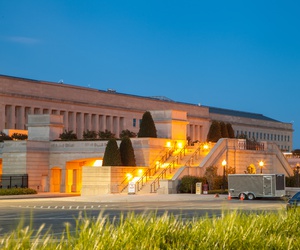 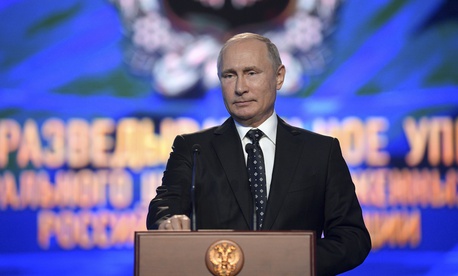 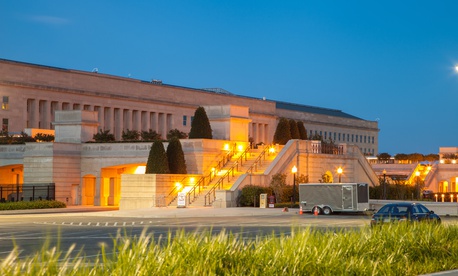