Korean destroyers patrol with the USS Carl Vinson strike group in the western Pacific Ocean on May 3, 2017.

France’s aircraft carrier is back in the region, leading a small flotilla, and it’s not alone.

Among the larger visitors to Singapore for this year’s IISS Shangri-La Dialogue is a 43,000-ton symbol of France’s intention to remain engaged in the Indo-Pacific.

Currently berthed at Changi Naval Base, the French aircraft carrier Charles de Gaulle is making its first trip to the region since the early 2000s, demonstrating Paris’ desire to increase its presence in the region. But as the centerpiece of a four-ship French task group, plus a submarine, the carrier also reflects a shift in the region’s maritime dynamics. As the blue-water capabilities of the main regional naval fleets mature, and other major navies refocus their deployments, task groups are again to the fore as a more potent and flexible means of exerting maritime influence.

There has been much preoccupation in the maritime domain with “gray zones” and the potential for hybrid competition at sea. But in the strategically turbulent waters of the Indo-Pacific, those interested in hard naval power have focused on individual ship deployments and encounters, or small group missions such as the Chinese People’s Liberation Army Navy (PLAN) counter-piracy operation in the Gulf of Aden, now on its 32nd deployment.

But as geopolitical stakes and regional maritime capabilities rise, task groups centered on a major warship or capital ship can display a higher level of strategic ambition and real operational potential. They therefore offer more opportunities for engagement and partnership – that is, naval diplomacy — yet are also a potential source of increased tension.

The U.S. Navy has long dispatched task groups built around aircraft carriers or large amphibious ships, but even it is changing just how it goes about such deployments: operating more flexibly, emphasizing more high-end capabilities with their carrier maneuvers, and increasing engagement, especially with the amphibious groups.

The one to watch remains China. Quite a few naval analysts probably lost money in bets when China’s first domestically built aircraft carrier failed to appear at the PLAN’s 70th-birthday fleet review in April. (The training carrier Liaoning was there.) But more significantly, the PLAN showed off evidence that it is well on its way to being able to deploy carrier-centered task groups of its own.

Take escort ships. The ships on display at the fleet review included the first Type-055 cruiser and the first Type-901 large replenishment ship, showing that China is doing its best to catch up to the U.S. Navy’s high-end task-group escorts. In the last five years, the PLAN has commissioned 11 of its latest Type-052D destroyers plus two of the earlier Type-052Cs, according to IISS analysis. Over the same period, the U.S. Navy commissioned three of its latest (Flight IIA) Arleigh Burke-class destroyers.

Last May, the PLAN declared an initial operating capability for the Liaoning and the task group with which it has been training and developing skills. The second carrier —the first indigenous one—may not have taken its public bow in April, but it still seems set to be commissioned later this year.

China’s ambition to extend its reach and operational options remains evident. It earned Russia’s ire by copying the Su-33 Flanker D as the basis for its Shenyang J-15 carrier-borne fighter. But Beijing appeared to differ from Moscow in its approach: while the Su-33 is an air-to-air fleet defender, the J-15 is intended to handle multiple roles. Chinese photos have shown the J-15 on the Liaoning’s flight deck fitted with dummy anti-ship missiles and air-to-air weapons; Chinese television has shown purported footage of a J-15 firing off a YJ-83 anti-ship missile. Despite continuing challenges, the debut of significant operational Chinese task groups, both closer to home and further afield, cannot be far off.

Meanwhile, other regional navies have been changing how they operate. The Royal Australian Navy is well on the way to reviving itself as a task-group navy – a capability it has not had since the early 1980s – centered on its two new Canberra-class large amphibious ships. In 2017, Australia launched a series of regional engagement deployments dubbed Indo-Pacific Endeavour; HMAS Canberra has just returned from the latest one.

The Japan Maritime Self-Defense Force has also been making the most of its largest warships, the Izumo class, which Tokyo has described as “helicopter-carrying destroyers” but which are in effect light aircraft carriers. The Izumos have made high-profile group deployments, including into the Indian Ocean. Japan has played down its plans to equip these ships to accept F-35B combat aircraft, but this will enhance their ability to lead task-group deployments. South Korea has also reaffirmed its ambitions to create a blue-water capability that will include the ability to deploy task groups.

There is also the possibility that the United Kingdom’s new aircraft carrier HMS Queen Elizabeth and accompanying warships may visit the region in 2021. Such French and UK task-group deployments (perhaps with other European navies contributing) may be the model for increased European involvement in the Indo-Pacific. They may also be a way for London and Paris to offer a significant formation with which to cooperate with Indo-Pacific navies. The challenge for France and the UK is that such deployments require considerable resources. How often will they be able to repeat these missions, given other operational demands?

On the way to Singapore, the Charles de Gaulle exercised with the Izumo and other Japanese and U.S. warships. This activity — multinational task group exercises that show capability and partnership — looks like the shape of things to come. But will the shift towards task-group deployments catalyze cooperation and strategic stability, or cause friction at a new level of naval competition?

This article is published in partnership with International Institute for Strategic Studies, or IISS, as part of Defense One’s editorial series drawing upon the think tank’s Military Balance+ database. 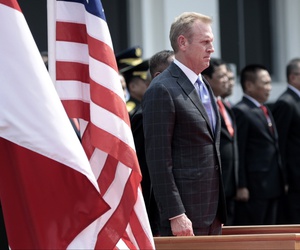 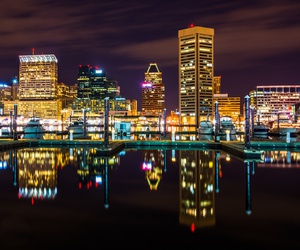 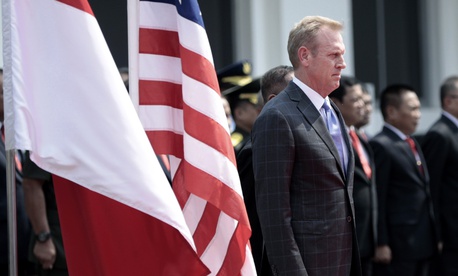 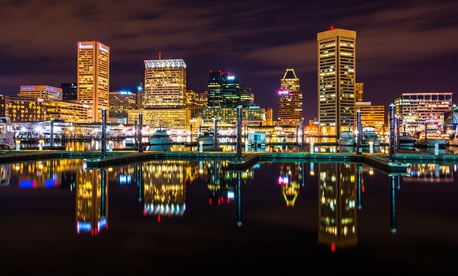