Worshippers chant slogans against the United States and Israel during a rally after Friday prayers in Tehran, Iran, Friday, May 10, 2019.

The one thing Tehran would find more intolerable than the crushing impact of sanctions is raising the white flag because of them.

A magnificent fresco adorns the main pavilion of the royal palace in the Iranian city of Isfahan, depicting the 16th-century Battle of Chaldiran, fought between the Turkish-Ottoman and Persian-Safavid empires. The fresco appears to show the Persian army victorious, having crushed its Turkish adversary. The truth is that Chaldiran marked a decisive victory for the Ottomans, who went on to annex eastern Anatolia and northern Iraq. But what the self-serving historical distortion suggests is not shame of defeat but pride in the heroic valor with which the Iranians resisted a foe that outnumbered them and, unlike them, possessed heavy artillery. Donald Trump’s administration, which has made bringing Iranians to their knees the cornerstone of its Mideast policy half a millennium later, should draw a lesson from the battle and the way the Persians digested defeat.

It has been one year since President Trump reneged on the 2015 nuclear dealthat rolled back Iran’s nuclear activities and placed them under the most rigorous international inspection regime ever implemented anywhere. Then came one of the most draconian sanctions regimes ever imposed by Washington on any adversary. So far, the U.S. Treasury has blacklisted nearly 1,000 Iranian entities and individuals, targeting nearly all sectors of Iran’s economy.

There can be little doubt that the administration’s “maximum pressure” policy is inflicting considerable economic harm on Iran. Economic growth that followed the lifting of sanctions in 2016 has given way to an inflationary recession. The Iranian currency has lost two-thirds of its value, as oil exports have dropped by more than half and will likely fall further still. Although food and medicine are exempt from sanctions, lack of access to the global financial system is giving rise to a humanitarian crisis. Some families have not been able to eat meat for months and are suffering from shortages of specialized medicine.

To date, however, there is no sign that either Iran’s regional policies are shifting or its leaders are willing to come back to the negotiating table and submit to the Trump administration’s demands. Nor is there any hint that economic hardship has triggered popular unrest of a magnitude that would threaten the regime’s survival. In the absence of any visible shift in Tehran’s political calculus, Washington is presenting the sanctions’ impact by no metric other than their quantity and severity.

Related: The Slow Death of the Iran Nuclear Deal

There appears to be a belief among U.S. policy makers, almost congealed into doctrine, that Iran will cave to nothing less than massive pressure, a point it clearly has not reached. With U.S. elections at the end of next year, the administration is therefore responding to Iran’s refusal to concede defeat by doubling down, and it’s going about it in a hurry. It has resorted to the unprecedented steps of designating a state entity, Iran’s Islamic Revolutionary Guard Corps, a “foreign terrorist organization,” and of trying to push Iran’s oil exports to zero almost overnight.

This policy is unlikely to succeed for three main reasons.

First and most important: The one thing Tehran would find more intolerable than the crushing impact of sanctions is raising the white flag because of them. Convinced that Trump’s national-security team is bent on toppling the Islamic Republic, the Iranian leadership views economic sanctions as just one in a range of measures designed to destabilize it. Its counterstrategy can be summed up in two words: Resist and survive. The mere act of survival would constitute victory, however pyrrhic.

Tehran believes it has history on its side. Neither besiegement nor prolonged economic suffering is new to Iran’s rulers or its people. They have previously witnessed nearly half of the country’s oil revenue evaporate during the Iran-Iraq War in the 1980s, again during the Asian financial crisis in 1997, and a third time as a result of the European oil embargo and U.S. sanctions in 2012. They know how to get around sanctions and keep state and society afloat.

Second, Tehran feels compelled to prove to U.S. policy makers the bankruptcy of their belief that severe pressure can force Tehran to yield. Iran may have sued for compromise when it faced potential existential threats in the past, but strategic gain outweighed the cost each time. In 1988, Ayatollah Ruhollah Khomeini reluctantly declared that he would “drink from the poison chalice,” agreeing to a cease-fire with Iraq. But when the guns fell silent, after having suffered hundreds of thousands of casualties, Iran had managed to consolidate the young republic’s rule without losing an inch of territory. A similar logic applied in 2003, when after the U.S. invasion of Iraq and, separately, the exposure of Iran’s secret nuclear activities, Tehran pushed the pause button on the nuclear program, lest it become the next target for regime change, and proposed a grand bargain to Washington. Nothing came of what was essentially an invitation to dialogue, in part because the Bush administration’s Iraq adventure proved a strategic disaster.

And third, if past is prologue, Iran will not negotiate with Washington unless it knows it has a relatively strong hand. As Supreme Leader Ali Khamenei put it, when Iran entered into serious (but then still secret) negotiations with the United States in 2012, it had accumulated significant leverage, in the form of thousands of nuclear centrifuges, tons of low-enriched uranium, bunkered uranium-enrichment facilities, and a nearly completed heavy-water reactor.

President Barack Obama took two additional steps that persuaded Iran to talk and ultimately reach a deal: He took regime change off the table and openly declared that Iran, in principle, would be allowed to enrich uranium on its own soil. So if coercive diplomacy was a factor in bringing Iran to the table, it was not the only, and perhaps not even the principal, one. Iran had built up leverage that it could trade against the lifting of sanctions, and it was offered a realistic way forward. Today the Iranian leadership sees nothing of the sort. That is why it rolled back some of its commitments this week and issued an ultimatum to the deal’s remaining parties that either they step up to salvage the deal or it would step aside from its commitments.

These factors suggest that whatever the benefits, great risks are built into Trump’s maximum-pressure campaign. For one thing, it increases the threat of a nuclear escalation: If Iran reneges on its obligations under the nuclear deal, the United States and Israel will respond by targeting Iran’s resurgent nuclear program, and Iran might direct its allies in the region to target Western assets and personnel.

But even without such a nightmare scenario, the Trump administration’s approach is self-defeating in the long term. The sanctions will reduce Iran’s pro-Western middle class to tatters at a time when the country stands in front of a major transition to a post-1979 leadership. Regime hard-liners, meanwhile, stand to benefit financially from sanctions through their control of the black market and politically through their control of a repressive apparatus to put down dissent. The net effect is a country with its economy in ruins but its regime intact—a political victory snatched from the jaws of economic defeat.

Sanctions, the U.S. travel ban, and a lack of sensitivity to Iranians’ sense of dignity could combine to harden the perception that U.S. policy is indiscriminate and implacable. This is a formula for perpetuating enmity between the two countries for another generation.

Trump and his closest advisers may discover that history will not bend to their will. Rather than trying to achieve the unattainable goal of Iran’s surrender, they should act to prevent another costly U.S. war of choice. This would require stepping back from maximalist demands, and using sanctions as a scalpel, not a chainsaw. In practice, that would mean lifting sanctions gradually and conditionally. The question is whether Trump can find his way out of the escalating confrontation, toward win-win negotiations. 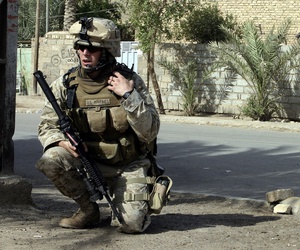 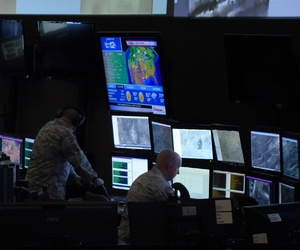 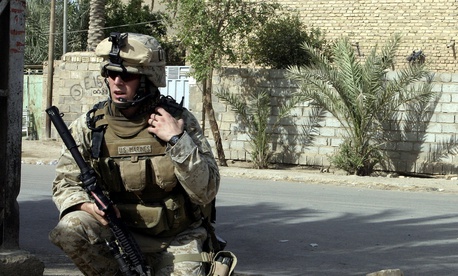 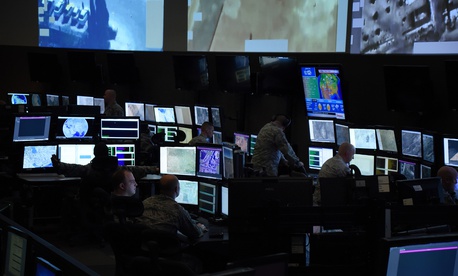