Candidates take the stage for the first of two Democratic presidential primary debates hosted by CNN Tuesday, July 30, 2019, in the Fox Theatre in Detroit.

Three minutes’ discussion among two candidates is a pitiful amount of time to devote to a truly existential threat.

On Tuesday night, nuclear weapons took center stage at one of the televised debates between Democratic presidential hopefuls — if only for three minutes.

Sen. Elizabeth Warren and Gov. Steve Bullock squared off, briefly, over a moderator’s query about whether the United States should introduce a policy to never use nuclear weapons first. Senator Warren has made this a cornerstone of her national-security platform; in January, she introduced a “no-first-use” bill in conjunction with House Armed Services Chairman Adam Smith.

Warren crushed the question, responding that such a policy “makes the world safer” by reducing the chance of catastrophic miscalculation in a crisis. Not unrelatedly, she noted that President Trump is adding new types of nuclear weapons to the U.S. arsenal and expanding their role in U.S. military doctrine.

Governor Bullock responded with hawkish––mostly Republican––talking points, saying that he wouldn’t want to take a pre-emptive nuclear strike off the table. He also disingenuously suggested that a no-first-use policy would allow North Korea to nuke Detroit without any repercussions, a truly mind-boggling statement.

Certainly, questions about nuclear issues are welcome at these debates, yet those hoping for a substantial and necessary discussion about U.S. nuclear policy were largely disappointed. Even the question itself, posed by CNN’s Jake Tapper, was framed poorly, using the hawkish talking point that having a no-first-use policy might “tie the US’ hands.”

What is your plan to stop the global arms race? Nuclear tensions are the highest they’ve been since the Cold War, in no small part thanks to Trump’s dangerous rhetoric and his promise to build new nuclear weapons. His administration is also killing arms control treaties left and right, and will officially withdraw from the landmark INF Treaty this Friday. A new administration must diplomatically re-engage with both adversaries and allies in an attempt to defuse the arms race. Candidates may differ on their immediate priorities, but reducing nuclear tensions through diplomacy is a must.

How much should we be spending on nuclear weapons? The Obama administration vowed to replace every weapon in the U.S. nuclear arsenal, and now the Trump administration is promising to build even more nukes. If all of these plans come to fruition, the United States will spend nearly $100,000 per minute on its nuclear forces over the next decade. This is obviously unacceptable. Unfortunately, cancelling Trump’s new nukes is just a drop in the bucket; candidates need a vision for re-shaping the U.S. nuclear stockpile that dramatically cuts costs and takes ambitious steps towards a world without nuclear weapons.

How are you going to confront the nuclear-industrial complex? Surprise, surprise: nuclear policy decisions are largely driven by money and influence––not by security concerns. The “revolving door” between Congress, think tanks, war contractors, and lobbyists has been well-documented, and must be slammed shut. As is her wont, Warren has a plan to do exactly that. Other candidates should follow in her footsteps.

Should one person have the authority to launch nuclear weapons? Under current policy, a single individual––the President––has the sole authority to launch nuclear weapons. Even without an erratic Donald Trump in the Oval Office, this is incredibly dangerous. It’s also wholly unnecessary in a post-Cold War era: the policy was designed to immediately retaliate to a Soviet surprise attack, but today, a Russian “bolt-from-the-blue” nuclear strike has become totally implausible. Analysts have offered a variety of options to reform nuclear launch authority; candidates should pick one and run with it.

How will you provide justice to victims of U.S. nuclear testing, bombings, and radiation? Nuclear weapons have done irreparable harm to vulnerable communities and environments, on both foreign and domestic soil. The United States has a moral imperative to mitigate decades of nuclear oppression by providing economic reparations, environmental remediation, and humanitarian assistance to frontline communities affected by U.S. nuclear policies. People are still suffering from nuclear tests that took place fifty years ago, and candidates need to be pushed on how they plan to fix this.

These questions need to be asked, and indeed voters want them to be asked. Over 80 percent of respondents to recent polls in Iowa and New Hampshire––where the first two Democratic primaries will be held––said they wanted to hear candidates’ views on nuclear weapons. So when the candidates gather in Texas on Sept. 12 and 13, moderators should ensure that nuclear matters get quite a bit longer than three minutes. Perhaps they will even let every candidate weigh in. 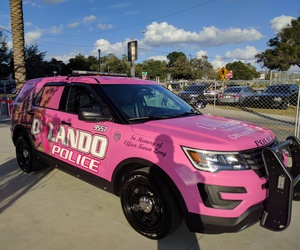 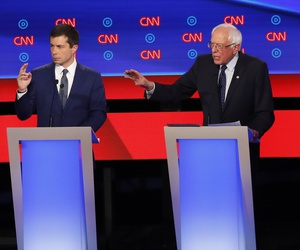 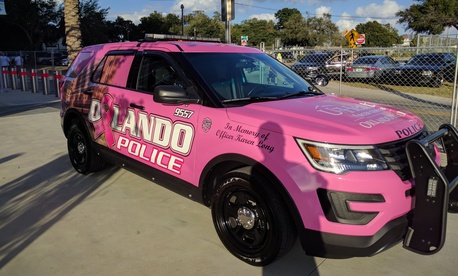 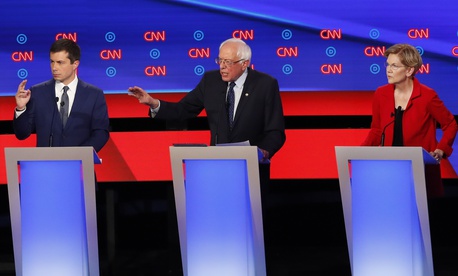