The president wants to spend billions of taxpayer dollars for a project that he acknowledges is largely symbolic—even if it breaks the law.

Disagreements about what the law really means are unavoidable. Congress passes laws, government agencies interpret them, advocates dispute those interpretations, and then the courts step in to resolve the arguments.

But that’s not what’s happening with President Donald Trump’s latest push for his border wall. The Washington Post reports that Trump is frantically urging aides to get construction on his border wall under way, overriding their objections that this might require breaking environmental laws, violating contracting rules, or improperly claiming private land. Why? Not because he believes his wall is necessary for national security. Not because he believes he is right about the law and his aides’ concerns are misplaced. He doesn’t even believe the wall will actually solve an immigration crisis. Trump is urging action on the wall because he believes it is necessary for him to win reelection.

The tell here is that, as the Post reports, Trump “has told worried subordinates that he will pardon them of any potential wrongdoing should they have to break laws to get the barriers built quickly, those officials said.”

This is one of the biggest scandals of the Trump administration—no small feat. Trump is demanding that the government move heaven and (literally) earth, break laws, and spend billions of taxpayer dollars for a project that he acknowledges is largely symbolic—all for the purpose of bolstering his reelection bid. All presidents work to keep campaign promises, of course, but most don’t do so at the expense of the rule of law.

Related: Border Disorder: Trump Can’t Figure Out How to Keep His Biggest Promise

Running for office, Trump said he would build a wall and Mexico would pay for it, a claim he quickly abandoned. When Congress repeatedly refused to give him money for the wall, he mounted an end run around Congress, declaring a national emergency. Because Congress has unwisely delegated some of its powers to the president through the National Emergencies Act, he may succeed in defeating legal challenges, since courts tend to give the executive wide latitude to determine what is and what isn’t a national emergency.

But Trump keeps undermining the legal rationale for his action. As the Post reports:

Trump conceded last year in an immigration meeting with lawmakers that a wall or barrier is not the most effective mechanism to curb illegal immigration, recognizing it would accomplish less than a major expansion of U.S. enforcement powers and deportation authority. But he told lawmakers that his supporters want a wall and that he has to deliver it.

Other Trump moves also show how unseriously he treats the idea that the wall is a necessary response to a national emergency, and not an enormously expensive campaign prop. He has repeatedly overruled suggestions made by officials, because he wants the wall to look a certain way. Trump insists that the wall be painted black and topped with spikes, even though this will add to the expense, reducing the number of miles that current funds can be used to build. And although the Department of Homeland Security favors including flat panels that can deter climbers, Trump thinks they look too ugly.

This is part of a pattern: Trump declares some far-fetched objective. Administration lawyers concoct a tortured legal rationale to justify it. And then Trump makes clear how pretextual that rationale is. Perhaps the first example was the president’s Muslim ban, but the pattern has repeated itself ever since.

The dangled pardons are especially galling because they underscore how Trump prioritizes winning reelection at any cost over actually following the laws he swore to uphold in his oath of office. Asked about the pardon suggestion by the Post, a White House aide didn’t deny it, but “said Trump is joking when he makes such statements about pardons.”

Well, maybe. The Trump administration has a long record of making outrageous statements and then insisting after the fact that it was only kidding. Beyond that, the president has already on at least one occasion promised a pardon to a Customs and Border Protection official if he were convicted of a crime, and he has also demonstrated his willingness to hand out politically motivated, manifestly undeserved pardons.

Pushing hard to build a border wall carries other dangers for Trump. Though he has had great success in reorienting the Republican Party around some of his other priorities, especially trade, eminent domain remains a controversial and widely disliked maneuver that could alienate conservatives along the border. But the president may be right that actually building the wall is crucial for his reelection effort, and that his failure to actually build a single mile of new fencing—as opposed to upgrading current barriers—is a huge political problem for him. (Even the hurry-up effort described in the Post is relatively insignificant: Only 110 of the 450 miles officials say they’ll finish by Election Day 2020 are new, while the rest replace existing fencing.)

Trump is not the first president willing to knowingly break the law to win reelection. He is, however, unusually open about it. If the wall gambit works, it will reinforce the idea that lawbreaking is an effective campaign tactic, and that politics comes before fidelity to the Constitution.

The real threat to the national security of the United States isn’t on the southern side of the Mexican border. 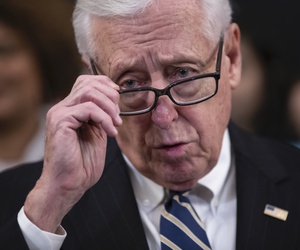 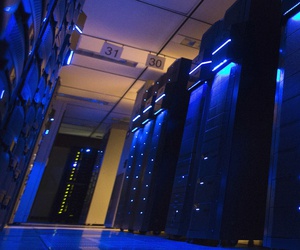 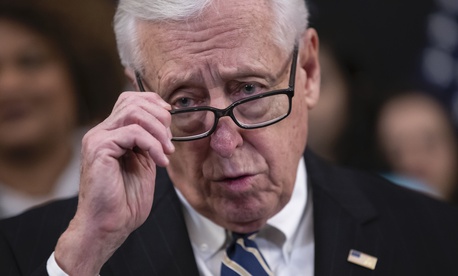 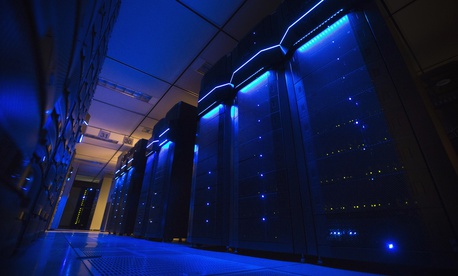