The US and Iran Are Still Worlds Apart on a Deal

At the UN, America and Iran talk at each other and refuse to meet.

They came not to negotiate, but to demand. The United Nations General Assembly brought together, in the same city at least, the American and Iranian presidents—neither of whom as of today had made so much as a feint toward a handshake. But each came with their list of grievances.

And each had a tough sell to make. The Iranian demands are clear: Iran wants sanctions relief before its leaders will even talk to the Americans. The United States list of demands keeps getting longer as Iran steps up its nuclear activities and provocations in the Gulf. Neither country is likely to get much closer to satisfied at the UN meetings this week.

The U.S. position is much more complicated—though U.S. officials continue to insist they want only for Iran to act like a normal nation. There are demands for Iran to stop missile testing and uranium enrichment, get back into compliance with the nuclear deal that Trump left and Iran has gradually begun abrogating, stop its regional meddling, and release American prisoners held in Iran, among other things. (Or maybe not: This summer Trump said “My deal is nuclear,” seeming to reduce his own goals to a single issue, notwithstanding Secretary of State Mike Pompeo’s detailed list of 12 demands Iran would need to meet for sanctions relief and normal relations with the United States.) During General Assembly week specifically, Brian Hook, the State Department’s special representative for Iran, made a few more demands of European allies—an extension of the UN arms embargo on Iran set to expire in the fall of 2020, and new European sanctions.

Related: On Iran, Trump Needs UN Help. He May Even Know it.

If Iran succeeded before in dividing the United States from its European allies over the nuclear deal—which the EU foreign-policy chief Federica Mogherini said today that the remaining parties are still committed to, though it’s becoming “increasingly difficult” to preserve—a brazen attack on Saudi oil fields this month has helped drive them back together. Not only have the U.K, France, and Germany joined the United States in blaming Iran for the attacks, but they have also called for talks on a new, broader agreement that would go beyond the nuclear issue to address things like Iran’s missile program. British Prime Minister Boris Johnson has expressed hope for a new “Trump deal.”

But shared frustration does not equal unified policy. French president Emmanuel Macron has tried to dangle economic incentives for Iran to re-embrace the nuclear deal, which would undermine the U.S. sanctions campaign. Macron also pushed for a Trump-Rouhani meeting at the United Nations, imploring Rouhani before a cluster of cameras as Boris Johnson stood beside him: “If you leave the country without meeting with President Trump, honestly, this is a lost opportunity. Because you will not come back in a few months … and President Trump will not go to Tehran.” Rouhani just laughed; neither the U.S. nor Iran seems interested.

In remarks at the Asia Society on Monday, Hook devoted almost as much time to scolding the international community for failing to join the U.S. as he did excoriating Iran’s malfeasance, citing “a dangerous culture of inaction,” despite the world’s interest in protecting energy transit. “Nations look the other way, pretending to believe Foreign Minister [Javad] Zarif’s version of reality,” he said, noting how few nations directly accused Iran of attacking tankers in the Gulf of Oman over the summer. (He also said that the media likes to exaggerate disagreements between the Americans and the Europeans on Iran.)

Meanwhile, Trump has opted for rhetoric by turns confrontational and conciliatory. He devoted a portion of his speech to the General Assembly to the Islamic Republic, declaring that “not only is Iran the world’s number one state sponsor of terrorism, but Iran’s leaders are fueling the tragic wars in both Syria and Yemen.” He said even more sanctions would come.

Yet he also gestured at his continuing willingness to negotiate, saying that “the United States has never believed in permanent enemies. We want partners, not adversaries. America knows that while anyone can make war, only the most courageous can choose peace.”

The remarks nearly echoed Barack Obama’s overture in his inaugural address more than a decade ago: “To those who cling to power through corruption and deceit and the silencing of dissent, know that you are on the wrong side of history; but that we will extend a hand if you are willing to unclench your fist.”

In his own speech to the General Assembly on Wednesday, Rouhani gave no indication that would happen this time. He had, in an earlier Fox News interview, accused Trump of breaking trust by leaving the deal Obama negotiated; in his speech he referred to U.S. sanctions as a “type of terrorism” and “international piracy.” As for negotiations: “We cannot believe the invitation to negotiation of people who claim to have applied the harshest sanctions of history against the dignity and prosperity of our nation.”

So the U.S. and Iranian presidents found themselves in close proximity but still inhabiting fundamentally different realities concerning who is the real aggressor and what is required for peace. Around them, European powers are growing more impatient with Iran but are still unwilling to fully join the United States campaign against it. Iranian and American officials will likely leave New York this week with negotiations nowhere closer, but all their grievances intact. 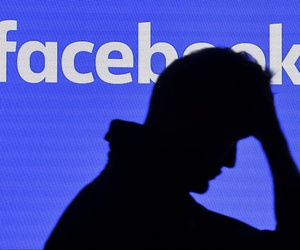 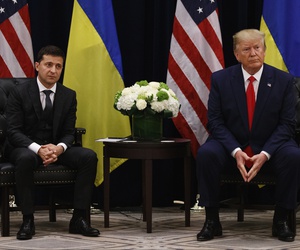 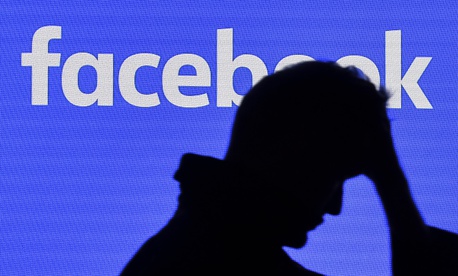 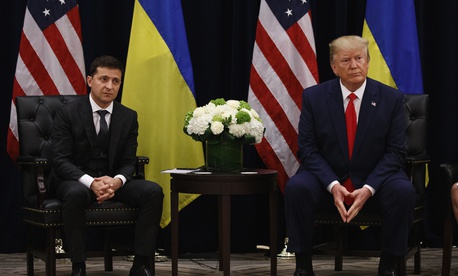