Fire officials have warned that they expect more intense and devastating California wildfires due, in part, to climate change.

Increased refugee flows, weather threats, and declining food security will deepen tensions already being exploited to divide and weaken the U.S. and its allies.

The Democratic debate on 16 October featured a wide range of questions, including one about Ellen DeGeneres – but none about climate change. That’s a critical miss by Anderson Cooper and his fellow debate anchors, because as the irked contender Julián Castro pointed out after the debate, climate change is an existential threat. Americans and Europeans may not notice that existential threat yet, but they had better pay attention to it. Their adversaries could use climate change as a new front in hybrid warfare.

Consider the devastating fires in the Amazon. Soon after the G7 group offered Brazil $20 million to help fight the fires, Brazilian president Jair Bolsonaro turned it down, accusing them of treating his country “as if it were a colony” and blaming NGOs for having started the fires. The G7 looked weak, and the fires in the world’s green lung kept raging. Bolsonaro appears to have reached his rebellious stance on his own, but outside powers can exploit such grievances in combination with climate change.

“Brutal and Extended Cold Blast could shatter ALL RECORDS—Whatever happened to Global Warming?” Donald Trump tweeted on November 22 last year. What the president of the United States refuses to learn is that the term describing deteriorating climate is climate change, and that it leads not only to extreme heat but also to extreme cold and other perils such as more frequent droughts and extreme-weather events. And while most Europeans and North Americans are not yet experiencing the life-altering effects of climate change, other parts of the world are.

As the Internal Displacement Monitoring Center notes in its 2019 report, “cyclical and protracted displacement [of people] continues to be driven by political instability, chronic poverty and inequality, environmental and climate change”. Climate change is exacerbating already severe droughts in the Horn of Africa. An average 21.8 million people are already forced to leave their homes as a result of climate change – every year. Parts of Southeast Asia risk becoming uninhabitable, the University of Cambridge’s Centre for Risk Studies reports. The Maldives may disappear altogether.

Here’s the thing: people don’t lie down and die when their home community becomes uninhabitable. They find an inhabitable place to live. Climate change risks creating enormous population movements in the direction of North America and Europe. Will those refugees collectively flee to Russia or China as well? Unlikely. Most migrants make their way to a neighboring country – which is why Lebanon and Jordan are now home to so many Syrians – or to countries that hold promise of a significantly better future. Today, that is “the West”.

“China and Russia are disruptors of the world order, whether by design or not, and climate change is the biggest disruptor of them all,” noted Howard Jones, CEO of the Born Free Foundation, a conservation NGO. “In several African countries we’re already seeing rural settlements disrupted by development projects funded and executed by China. Those projects include altering the flows of entire river systems and putting good land to use for export of food and resources to China. Put this together with climate change and pre-existing poverty and we have a huge problem. And why would China care?”

Indeed, China, Russia, and other hostile states can use climate change as a new tool in blended aggression (often called hybrid warfare) against the West. The Horn of Africa offers a taste of things to come. Chinese development projects there are already displacing rural populations, and displacement leads to food insecurity – which is, of course, worsened by climate change.

How will the Western community respond to large new migration flows? The 2015 refugee crisis opened rifts within the European Union that have not gone away – on the contrary. The EU still hasn’t managed to establish a quota system for asylum seekers because some Central and Eastern European countries refuse to participate. The European Commission’s new Commissioner position with responsibility for “protecting our European way of life”, meanwhile, has been labeled xenophobic by some EU parliamentarians. Regardless of who is right or wrong in the debate, large migration flow will further deepen the discord.

That’s exactly what our adversaries want. Today their aim is less to conquer territory than to weaken the cohesion within countries and alliances. “Mass population movements and human emergencies will put Europe under huge pressure, economically, politically, socially, and morally, which China will only benefit from,” Jones told me.

To be sure, the whole Earth will be affected by climate change, and China has signed and ratified the Paris Agreement on climate change, as have another 182 countries, while the United States has left it. (Russia has signed the treaty.) Yet which adversary would decline the opportunity to exploit Western vulnerabilities resulting from climate change? Populist leaders like Bolsonaro who are suspicious of Western intentions offer additional fertile soil. Russia seems to have spotted the opportunity. The Libyan government accuses it of trying influence its elections and elections in other African countries. Western governments estimate that Russia has interfered with 17 different elections in Africa.

Or consider food consumption. Western consumers, accustomed to constant availability of inexpensive food transported to them from all over the world, won’t take kindly to the hardship climate change promises to bring. Last year, European wheat production dropped by four percent as a result of heat-induced poor harvests in France. “We can increase the grain yield by using other varieties that are available in the gene pool, but they’re less nutritious,” noted Senthold Assang, a professor of agriculture at the University of Florida, who led a recent global investigation into the effects of climate change on wheat. Together with maize and rice, wheat forms the chief source of human nutrition. Nutritious grains risk becoming a staple only for the wealthy, while others will resort to lesser varieties. Food discontent could be exploited by countries like Russia, which already has formidable malign-influence artillery directed at Europe.

Leaders of Bolsonaro’s ilk, meanwhile, are already intent on asserting themselves in what they perceive to be an elitist world order that permits Westerners to stick to habits such as frequent air travel and meat consumption at the expense of developing countries. Such leaders offer additional fertile soil for subversive action. It is, of course, easy for the West’s adversaries to make the case that no country should feel an obligation to be the lung of the world and thus enable a Westerners to maintain their climate-destroying lifestyle. All of this means that climate change presents a new front for hybrid aggression.

That doesn’t mean we should get depressed about our fate. Yes, liberal democracies are vulnerable to attacks against their civil societies – ranging from cyber attacks to election interference – precisely because they are so open. What it does mean is that we should become aware of the additional opportunity that climate change affords our adversaries. And it means that we should treat climate change as the emergency it is. It would have been far more valuable to U.S. voters to hear how Democratic contenders for the presidency intend to address climate change and its likely effects than to be treated to their reflections on Ellen DeGeneres-George W. Bush-style friendships. 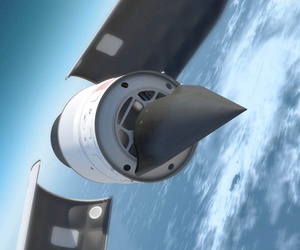 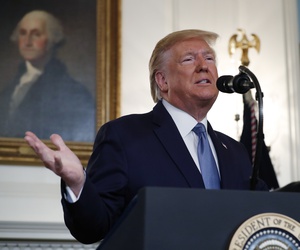 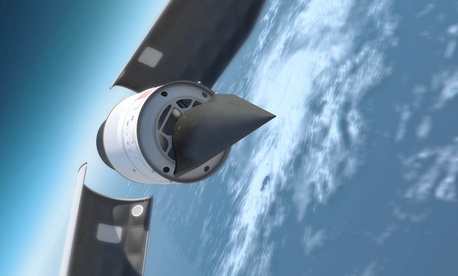 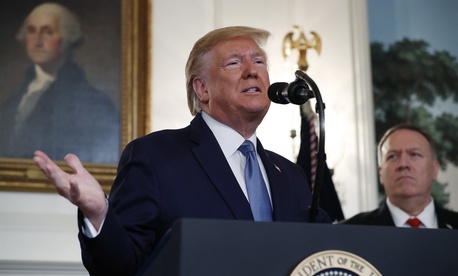