America’s Military Is Misdirected, Not Underfunded

U.S. strategy should be more focused on preventing conflict with nuclear-armed China than on spinning out elaborate war-fighting scenarios.

The Heritage Foundation released its 500-page index of military strength this week. Unfortunately, what it achieves in length is undermined by its stale and unpersuasive assumptions.

As usual, Heritage gives all of the military services low marks. While there’s always room for improvement, the Heritage methodology seems arbitrary at best, and misleading at worst. The biggest complaint in the index is that America’s military is a “one-war force” that could not win simultaneous wars against Russia and China. But the two-war standard is a convenient myth that has historically had more to do with justifying high Pentagon budgets than it has with any rational assessment of the primary security challenges facing the United States and its allies.

The Center for International Policy’s Sustainable Defense Task Force – a group of ex-White House and Congressional budget experts, ex-military and Pentagon officials, and representatives of think tanks from across the political spectrum – takes a different view of the issue of great power rivalry.

Our European allies spend three times as much on their military forces as Russia does. Given better coordination and a more coherent strategy, they are more than capable of taking the lead in addressing any conceivable military challenge posed by Russia, with a reduced level of direct U.S. support. In any case, the greatest threats posed by the Putin regime – hybrid warfare, nuclear weapons, support for divisive nationalist parties, and cyber-attacks – cannot be dealt with by traditional military means.

As for China, its biggest long-term challenge is economic, not military. Beijing’s aggressive global infrastructure initiatives are garnering priority access to key resources, and its steady economic growth could allow it to catch up with the U.S. military within the next two decades. But there is much that can be done to head off that eventuality, and the primary tool for doing so should not be bulking up the U.S. naval presence in the Pacific.

U.S. strategy should be more focused on preventing conflict with China – a war between two nuclear powers that would be a disaster for all concerned – than on spinning out elaborate war-fighting scenarios. And U.S. policy should be cognizant of the fact that China faces internal challenges that mean that it is far from ten feet tall as a potential military rival. Internal protests, environmental devastation, and aging population, and the need to devote much of its military power to protecting its own territory may undercut its ability to extend its global military reach.

U.S. policy towards Russia and China should seek areas of potential cooperating rather than assuming unending confrontation. Climate change and nuclear arms control are two promising avenues for joint effort. As happened during the Cold War, nuclear arms control can be pursued even during periods of tension between Washington and Moscow. Reversing the Trump administration’s efforts to dismantle the carefully crafted hard-won system of global nuclear arms control – from abandoning the multilateral deal to curb Iran’s nuclear program to walking away from the Intermediate-Range Nuclear Forces treaty – needs to be reversed, and the sooner the better. And there will be no progress on climate change without substantial cooperation between the world’s two largest emitters of greenhouse gases.

The truth is, a policy that takes a more realistic view of great power rivalry; abandons planning for large-scale counterinsurgency and nation building initiatives like those that have been pursued in Iraq and Afghanistan; adopts a deterrence-only nuclear strategy along the lines outlined by the organization Global Zero; and cuts excess bureaucracy could allow for at least a 10 percent reduction in the size of the U.S. military and save $1.2 trillion from current Pentagon plans over the next decade.

In short, when it comes to U.S. military spending and capabilities, the sky is not falling, whatever the new Heritage analysis may allege. In fact, the United States is projected to spend over $1 trillion more during the decade covered by the Budget Control Act than in the prior decade, when the U.S. interventions in Iraq and Afghanistan were at peak levels.

The real problem with current U.S. security strategy is that it is aimed at the wrong targets and employs the wrong tools to deal with the most urgent challenges we face. As a recent report from the advocacy and policy organization Win Without War has pointed out, the biggest concerns for U.S. security in the decades – including climate change, global inequality, and the rise of extreme nationalism – do not have military solutions. America and its allies would be safer would be safer if they shifted excess funds from the Pentagon and invest them in smart diplomacy and development efforts and environmentally sustainable energy and manufacturing processes. That’s how we should be grading U.S. national security strategy, not by comparing the size of our military force to unrealistic and misdirected strategic goals. 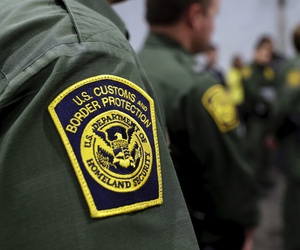 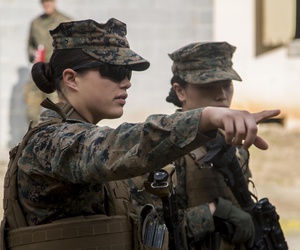 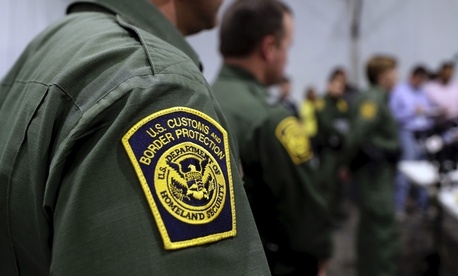 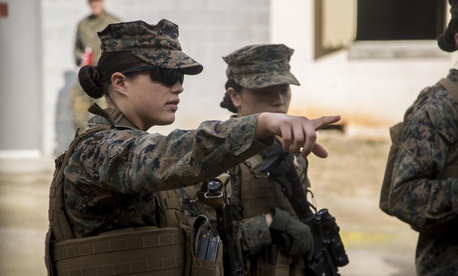