In this June 13, 2014 file photo, construction continues on a new reactor at Plant Vogtle Nuclear Power Plant in Waynesboro, Ga.

The Energy Department’s new strategy lays out what needs to be done.

Despite strong nuclear energy production at home, the United States has ceded its position as the world leader in nuclear energy. Russia and China have been empowered by the lack of the United States’ leadership in the international competition for nuclear influence and are filling that void by boosting uranium mining and conversion. They are also exporting nuclear reactor technology, often using anticompetitive measures that undermine global markets. Sadly, the United States is nearly absent from the global new-build nuclear reactor market, leaving critical gaps in our nation’s energy security.

To get back on track, we must revive America’s nuclear energy industry and restore our competitive advantage. President Trump recognized this critical challenge and, last July, launched the Nuclear Fuel Working Group. The product of this whole-of-government effort, the Strategy to Restore American Nuclear Energy Leadership, was released by the Department of Energy last month.

The strategy proposes a series of actions to enhance nuclear power as a firm baseload source of energy that is clean, reliable, resilient, safe, and sustainable in an evolving energy landscape; revive our uranium mining, milling, and conversion industries; strengthen American technology supremacy; and drive U.S. exports of advanced nuclear reactors and fuel technology. Many of these actions are already underway, and several new policies, like President Trump’s proposed establishment of a national uranium reserve, were included in the DOE budget this year.

Underpinning the entire strategy is the acknowledgement that our national security depends on a robust nuclear-energy industry.

Related: The US Must Build Saudi Arabia’s First Nuclear Reactors

Related: The US Navy Should Start Weaning its Reactors off Bomb-Grade Uranium

There are two direct ways this strategy will improve national security and help the United States reclaim its traditional position as the world leader in nuclear energy.

First, our strategy will rewrite foreign-policy relationships. Many countries of geopolitical importance are pursuing nuclear energy for their domestic electricity needs. Those countries are largely turning to Russian and Chinese state-owned enterprises for the technological support needed to build reactors, while the United States sits on the sidelines. In effect, Russia and China are gaining geopolitical leverage by exporting nuclear expertise and building 100-year bilateral relationships. Our strategy calls for increasing American competitiveness in new markets by making it easier to export civil nuclear technologies, equipment, and fuel.

Second, our strategy will prevent an increase in nuclear weapons around the globe. The credibility of the United States within the global non-proliferation regime depends on a robust civilian nuclear industry and the technology leadership of American innovators in the global market. While U.S. regulatory structures remain the international gold standard for safe operation of nuclear power facilities, our ability to influence global non-proliferation, nuclear security, and safety standards depends on our credibility in the international reactor export market.

Additionally, our long-term ability to build new nuclear warheads and fuel our submarines and aircraft carriers depends on domestic production of uranium, as civil nuclear-cooperation agreements prevent foreign suppliers from providing the element for military purposes. DOE’s National Nuclear Security Administration, which is responsible for both missions, has enough unobligated uranium fuel to support tritium production until 2041 and Navy propulsion until the 2050s. Ensuring a viable American nuclear industry would further secure future supply chains.

Therefore, the strategy calls for funding advanced research, development, and deployment of America’s next generation of nuclear energy technologies. This will ensure our long-term global competitiveness and maintain our non-proliferation leadership.

The coronavirus pandemic has reminded us that foreign nations do not necessarily have America’s best interests in mind. From health care to energy, the global battle for supremacy and influence continues unabated. If we are to remain a safe, secure, and prosperous country in an increasingly hostile world, we must take these important steps to protect Americans at home and our interests abroad. 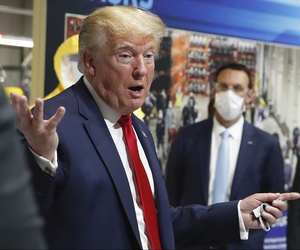 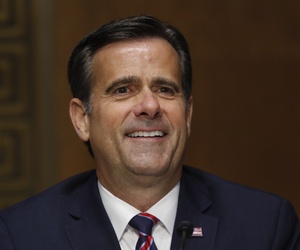 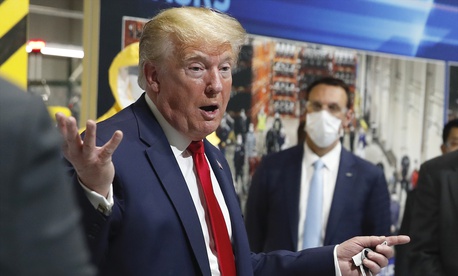 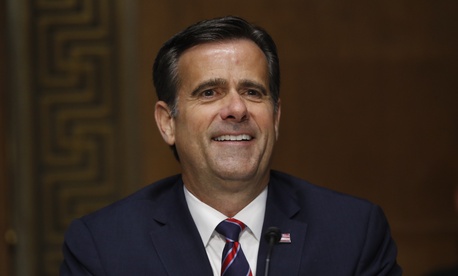