Building Stronger Public Health through the Pandemic and Beyond
Skip to Content
Get all our news and commentary in your inbox at 6 a.m. ET.
Ideas
Congress Has Less Than a Month to Ward Off Needless Harm to the US Military

The ranking member of the House’s Defense Appropriations panel lays out how it would hurt to start fiscal 2021 with a continuing resolution. 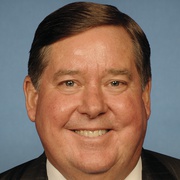 As our country confronts numerous challenges that hit the front pages of our newspapers every day, in the background there is a clock ticking and the noise is getting louder. As of Sunday, Congress has just 28 legislative days to finish our annual appropriations bills. For too many years, we have fallen behind in our work and relied on continuing resolutions to bridge the gap until we can pass final appropriations bills. This inefficient way of operating comes at a steep cost to the American taxpayer and to our warfighters: roughly $1.7 billion a month is wasted at the Defense Department through the inability to sign contracts, delays in production, and other downstream effects, according to the office of the DoD comptroller. As our adversaries improve their arsenals and others expand their reach and ambitions, this is no way to run the most sophisticated and professional fighting force in the world.

Through strong leadership and prioritization, our readiness levels have returned to normalcy and our military stands ready to “fight tonight” should the need arise. However, forcing the DoD onto a CR immediately disrupts major exercises and training events, hurts readiness and maintenance, curtails hiring and recruitment actions, and undermines contracting negotiations. For training, the effects begin immediately, within the first 30 days of a CR. By 90 days, the lost training is unrecoverable, reducing the effectiveness of subsequent scheduled training events. Our U.S. servicemembers deserve robust, timely and routine training to ensure that they are ready for combat.

Under a CR, no new programs and projects can be started. Nor can production rates be increased for weapons, equipment, and munitions, which often leads to higher-than-planned costs per unit. A delay in any new program delays the arrival of capability and increases risk to our soldiers, sailors, airmen, and Marines.

Related: The Pentagon Can’t Afford All of the Weapons It Wants, New Report Says

Related: Airpower Gets a Big Boost in the Senate’s Authorization Bill

This year, a CR would halt many of the modernization priorities that are vital to maintaining our military superiority over near-peer threats such as China and Russia. It would reduce the Navy’s ability to meet U.S. Strategic Command’s requirement for an operational Columbia-class nuclear submarine in fiscal 2031. The schedule margin for the Ohio-class replacement is tight; any slippage would create vulnerability in the ballistic missile submarine leg of the nuclear triad.

It would prevent the Navy from making the required progress payment for CVN 81, the fourth Ford-class carrier. It would delay the award of the propulsion contract, resulting in cost increases, a potential break of the two-ship purchase contract, and construction delays. It would delay the fielding of the KC-46 aerial tanker, slow the retirement of aging tankers, reduce warfighting capability, and bump the cost of the next lot by $95 million. A CR would create schedule gaps on the production line of the Combat Rescue Helicopter, leading to manufacturing inefficiency and potential price increase.

The list goes on: it would delay several programs including electronic warfare capability improvements for Navy aircraft, important computer and display upgrades for the F-16, modernization efforts for GPS III ground stations, B-1 heavy bomber tactical data link modifications; and it would result in significant reductions in U.S./NATO intelligence communications investments.

As the dog days of summer wear on, this script has become all too familiar. We need to end the cycle of CRs to fund government agencies, especially our military. The urgency must begin now to mark up, pass and conference the 2021 defense appropriations bill before the end of the fiscal year on Sept. 30. There are currently over 200,000 U.S. servicemembers deployed around the world, ensuring that threats never meet our shores. They do their job every day; there is no allowance for a pause or break. They do what we ask, and it is time Congress do what is necessary, and required, in the U.S. Constitution and provide for the common defense of our nation in a timely and consistent manner.

NEXT STORY: Ending Accompanied Tours to the Gulf Is a Message Delivered at a Cost