Taking Flight: How Akima Is Helping to Shape the Airmen of the Future at the United States Air Force Academy
Skip to Content
Get all our news and commentary in your inbox at 6 a.m. ET.
Ideas
Will Trump ‘Wag the Dog’ to Win Reelection?

Americans are worried, but history shows the popular belief is wrong. 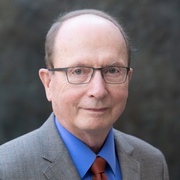 Some analysts have started to wonder whether President Donald Trump might get into a little war somewhere to help his reelection. New York Times columnist Tom Friedman last week asserted a generally accepted view that “Some presidents, when they get into trouble before an election, try to ‘wag the dog’ by starting a war abroad.”

The historical record shows that that belief is wrong.

A new study of the entire history of U.S. fighting abroad by the Congressional Research Service in July shows that there were several small scale interventions in Latin America during presidential election years up until the 1930s, but none that amounted to significant combat. Those operations were far short of “war.”

On the contrary, time and again presidents ran for reelection as peace candidates. In 1800, John Adams celebrated the end of the quasi-war with France just two months before the elections. In 1848, James Polk ended the war with Mexico with a peace treaty nine months before the elections. In 1916, Woodrow Wilson’s campaign theme was “He Kept Us Out of War.” In 1940, Franklin Roosevelt famously and falsely promised, “Your boys are not going to be sent into any foreign wars.” In 1956, Dwight Eisenhower resisted pressure to intervene either in Hungary or the Suez war. Even Lyndon Johnson, after dramatic reprisal raids against North Vietnam, ran his 1964 campaign as the peace candidate.

Trump Is Putting On a Show in Portland

US to Begin Removing 12,000 Troops From Germany ‘Within Weeks’

In 1992, faced with starvation in Somalia and atrocities in the disintegrating Yugoslavia, George H.W. Bush agreed only to food relief in Africa, perhaps also to make it harder to intervene in Bosnia, as Bill Clinton urged. In 2012, months after pulling out the remaining U.S. troops of the Iraq War, Barack Obama campaigned on ending the ten year-old Afghanistan War. That year, he sent only a small “security force” to Libya when the U.S. ambassador was killed.

It’s also notable that challenging candidates stressed peace rather than war in their campaigns. In 1952, Dwight Eisenhower promised “to go to Korea” to find a way to end that war. Richard Nixon in 1968 promised peace in Vietnam, and 13 days before reelection in 1972 had Henry Kissinger announce that “peace is at hand.” Ronald Reagan, despite his tough talk about the Soviet Union in his first term, became the peacemaking president in his second. Similarly, he withdrew U.S. forces from Lebanon early in 1984 after the deaths of hundreds of Americans a few months before.

Trump also ran as a peace candidate, of sorts. In 2016, he criticized America’s “endless wars” and promised to go after terrorists, but with more limited forces than Obama, and ultimately to bring troops home. In office, despite occasional fiery rhetoric and two dramatic military raids, he has shown restraint. While bragging about “rebuilding” the military, he has repeatedly pressed his advisers to bring troops home from abroad. On Wednesday, Trump announced his intent to pull 12,000 troops out of Germany, sending some home and others elsewhere in Europe. He has been a paper tiger and will likely remain one at least until November 3.

As I review the record, there seem to be only two possible exceptions to this pattern of avoiding new wars in election years. One was U.S. participation in the multinational force sent to China in the summer of 1900 to rescue the foreign missions trapped in Peking [today’s Beijing] during the Boxer Rebellion. The U.S. action was popular and successful, so it probably had some political benefit for President William McKinley. But imperialism and a nagging insurgency in the Philippines were bigger issues in the 1900 campaign.

The other obvious exception was James Madison’s rush to war against Britain in 1812. He refused to wait to see if Britain would halt its objectionable policies — as it did, though news reached America only after war had been declared. Madison was eager to assert America’s maturity as a world power, and especially to capture Canada, which he foolishly thought would be easy. Secretary of State James Monroe saw another benefit from war: it could “exterminate all party divisions in our country, and give new strength and stability to our government.” Madison won reelection in a closely fought contest, but the war turned sour. No capture of Canada. British capture and burning of Washington. And a peace returning conditions to the status quo ante. Not an appealing precedent for going to war.

There are academic studies showing there is sometimes a “rally ‘round the flag” effect, where presidential approval jumps right after the United States launches a major attack abroad, but the effects depend on various factors and the boost is rarely long lasting.

Trump may hope to get a domestic version of the rally effect of foreign wars by sending federal agents and troops into American cities. But it’s a longshot bet to believe that truncheons and tear gas against our fellow citizens will unify the country behind the commander in chief.

Charles A. Stevenson teaches American foreign policy at Johns Hopkins SAIS and is the author of Congress at War and Warriors and Politicians.

NEXT STORY: Letter from the Editor: Welcome to the New Defense One