Innovation, Partnership Help Lockheed Martin Take Long-Range Missiles to the Next Level
Skip to Content
Get all our news and commentary in your inbox at 6 a.m. ET.
Ideas
Who Decides Who Is a ‘Domestic Enemy’?

The short answer: not the Joint Chiefs chairman. The longer answer is more interesting. 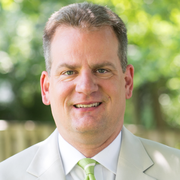 Retired soldiers John Nagl and Paul Yingling, who came to national prominence on opposite sides of the counterinsurgency debates, joined forces to argue that, if Donald Trump were to lose the election and yet refuse to leave office at noon next January 20, the Chairman of the Joint Chiefs must give the order to have him removed by military force. Kori Schake and Jim Golby, two of our leading experts on civil-military relations, ably explained why this is wrong on many levels.

While this was far from Nagl and Yingling’s best work, they have nonetheless done us a service in kicking off a tendentious debate. They raise some difficult questions and it is far better to come to a consensus on the answers now while they are theoretical rather than waiting for a fait accompli.

What is a domestic enemy? Nagl and Yingling begin their plea by referring to the oath taken by all commissioned officers to “support and defend the Constitution of the United States against all enemies, foreign and domestic.” When Congress added that phrase to the oath of office in 1861, they were responding to an ongoing rebellion by the Southern states.

One can find well-meaning people making the case that all manner of forces and any number of their fellow citizens constitute a domestic enemy to the Constitution. For example, an Air Force colonel argued in 2013 that “perpetrators of sexual assault and harassment” within the military were domestic enemies because they “revolt against civil authority by committing criminal acts against other members of our service.” That is by no means the silliest example out there.

Most Constitutional scholars would side with Berkeley law professor Orin Kerr in reading the provision much more narrowly. Wrote Kerr: “The oath is probably best understood” not as an invitation for millions of Americans to independently enforce their own view of the Constitution, rooting out domestic enemies as they see fit, but “in its historical context as a promise to oppose political reforms outside the Constitution. You have to stay loyal to the government that is based on the Constitution, and you can’t support a rebellion or overthrow of that government.”

Who decides who or what constitutes a domestic enemy?

The short answer: not the Chairman of the Joint Chiefs of staff or any other member of the armed forces.

The longer answer is more complicated. Aside from the oath of office, the concept of “domestic enemy” does not appear in federal law. The prohibition against treason in Article III, Section 3 long predates Congress’ addition of the phrase to the oath. But considering that the “domestic enemy” clause was added in response to actual acts of treason—the literal waging of war against the United States by a seceding faction—it is the most obvious answer.

The Insurrection Act of 1807, codified in Title 10 of U.S. Code, §§ 251-254, authorizes the President, with certain checks, to use force in the event “unlawful obstructions, combinations, or assemblages, or rebellion against the authority of the United States, make it impracticable to enforce the laws of the United States in any States by the ordinary course of judicial proceedings.” Again, this precedes the “domestic enemies” concept by decades.

Outside another literal civil war, the concept of a domestic enemy is not only useless but dangerous. Even small-scale according-to-Hoyle treason is simply a criminal act, for which citizens are entitled to due process and other protections under our Constitution. Absent a declaration of war, the designation of any domestic group as an “enemy” not subject to these rights would be an unconstitutional bill of attainder.

Nagl and Yingling accuse President Trump of all manner of violations of the norms that predecessors have abided by, including “threatening to remain in office in defiance of our Constitution,” “vigorously undermining public confidence in our election,” “actively sabotaging the U.S. Postal Service in an effort to delay and discredit mail-in votes,” and suggesting “delaying the 2020 election, despite lacking the authority to do so.” These are bad acts. But, unless and until he actually violates the law, these pronouncements are merely undignified bluster.

His Postmaster General has in fact done many things to slow down mail delivery and Trump has all but admitted that it is being done to make voting by mail impossible. While brazen, this is likely within his authority. But Congress has the tools, via the power of the purse, to counteract him if they so choose.

Were Trump to actually declare a delay to the election, we would have a serious standoff. But it would be one that Congress and the judiciary have ample tools to resolve.

What if he loses the election—which, it is worth noting, has yet to be held—and then not only refuses to concede the outcome but, as suggested by Nagl and Yingling, will not leave the White House?

Were that wild scenario—which, admittedly, is less far-fetched for Trump than it would have been for any of his predecessors—to take place, he would simply cease to be the President at the strike of noon on January 20. As Schake and Golby acknowledge, the Constitution is not self-enforcing. But, as Fred Kaplan and others who have mused about this scenario have pointed out, there are all manner of federal law enforcement officers, including the Secret Service, to carry out an arrest.

While I share their disdain for how he has comported himself as President, I find Nagl and Yingling’s assertion that “Trump is following the playbook of dictators throughout history: he is building a private army answerable only to him” as absurd as it is alarmist. Their supporting argument, “The president’s use of militarized Homeland Security agents against domestic political demonstrations constitutes the creation of a paramilitary force unaccountable to the public,” is simply untrue. Indeed, there are numerous lawsuits making their way through the judicial system litigating that very issue.

Further, while I have been decrying the militarization of police forces for decades and view as problematic many particulars of how federal law enforcement have been deployed in recent months, I believe that to suggest without evidence that they are personally loyal to Trump and stand ready to back him against a duly-elected successor, in violation of their own oath, is slanderous.

Which brings us to a crucial point: the military officer’s oath is not unique.

Every person in the employ of the Federal government swears an oath to the Constitution. The President takes one variant of the oath, specified in Article II, Section 1, Clause 8. Members of Congress, military officers, and civil servants take a slightly different one, codified in Title 5, §3331 of U.S. Code. Enlisted members of the armed forces take yet another variant, codified in Title 10, § 502. All three have the words “support and defend.” All but the President’s have the “all enemies, foreign and domestic” clause.

Having personally taken the latter two oaths multiple times—as an 18-year-old cadet, as a 20-year-old enlisting in the Army Reserve, as a 22-year-old being commissioned as a second lieutenant, and a 47-year-old entering the excepted service as a professor in the professional military education system, I can attest that “support and defend” has a different connotation when contemplating doing it with an M-16 rather than in Socratic seminars. But the American armed forces are not a Praetorian Guard that decides who sits in the Oval Office and serves as their commander-in-chief.

While literally everyone who serves our country as a federal employee (and, indeed, most state employees, attorneys, and others who occupy positions of special trust) takes an oath to the Constitution, we all have different roles. It is simply not the job of the Chairman, or any other uniformed figure, to decide who the President is.

A decade ago, then-Lt. Col. Terrence Lakin, an Army physician, refused to deploy to Afghanistan because he believed President Obama was not a natural-born U.S. citizen and therefore ineligible to hold the office, rendering the order illegal.  Lakin was sincere in the belief. But a military court martial rightly convicted him, sent him to prison, and ousted him from the service. Not just because Obama was unquestionably born in Hawaii and thus constitutionally eligible—a matter the judge refused to even allow to be litigated at Lakin’s trial—but because lieutenant colonels are not the Constitutional officers charged with deciding such things.

Indeed, in the 2007 Armed Forces Journal article that made him famous, Yingling rightly noted that deployment of the military instrument is “ultimately an instrument of policy and its conduct is the responsibility of policymakers.” Further, he notes that this is “inherently a value judgment in which the statesman must decide those interests and beliefs worth killing and dying for.” Crucially, he emphasizes, “The military man is no better qualified than the common citizen to make such judgments. He must therefore confine his input to his area of expertise — the estimation of strategic probabilities.”

America has seen several contentious elections over its history, including the Jefferson-Burr debacle of 1800, the tainted 1876 election that led to the infamous “Compromise of 1877,” and the Bush-Gore clash of 2000. Each of these was settled through the political process. In the incredibly unlikely event that a losing president refuses to vacate the White House, we will solve it the same way.

NEXT STORY: NATO Must Move Out Smartly on 5G