President Trump asked China to help him win a second term, former National Security Adviser John Bolton alleges in his upcoming 577-page book, “The Room Where It Happened: A Memoir,” about his time at the White House in the Trump administration. The Wall Street Journal published an excerpt from the book Wednesday, which shed new light on a June 29, 2019, meeting in Japan between China’s Xi Jinping and POTUS45.

In Osaka one year ago, Bolton writes, “Xi told Trump that the U.S.-China relationship was the most important in the world. He said that some (unnamed) American political figures were making erroneous judgments by calling for a new cold war with China. Whether Xi meant to finger the Democrats or some of us sitting on the U.S. side of the table, I don’t know, but Trump immediately assumed that Xi meant the Democrats…Trump then, stunningly, turned the conversation to the coming U.S. presidential election, alluding to China’s economic capability and pleading with Xi to ensure he’d win. He stressed the importance of farmers and increased Chinese purchases of soybeans and wheat in the electoral outcome.”

ICYMI: The Justice Department is trying to block the book’s publication on the grounds that it contains classified information, NYTs reports. The Washington Post Editorial Board responded to that DOJ effort with an op-ed today entitled, “Free speech — not national security — is at stake in Trump’s absurd lawsuit against John Bolton’s book.”

Bolton also says Trump views “obstruction of justice as a way of life,” the New York Times reports, rolling up five takeaways from the book — including the president’s alleged willingness to intervene in Justice Department cases like “Halkbank of Turkey, a financial institution investigated for a multibillion-dollar scheme to evade American sanctions on Iran.”

Big picture: Bolton’s allegations “portray a U.S. president mocked by his top advisers who exposed himself to far more extensive accusations of impropriety than those that drove the Democratic-led House of Representatives to impeach Trump last year,” Reuters writes off the book and the alleged effort to enlist China in Trump’s reelection campaign.

Bigger picture: It’s doubtful Bolton’s input would have substantially altered the political calculus in D.C., especially around Trump’s impeachment in January, writes WaPo’s Amber Phillips. After all, she argues, “There’s a reason these Republicans have been hesitant to criticize Trump’s actions, let alone vote to end his presidency prematurely: Their voters are Trump’s very loyal voters, and to seriously push back against the president risks leaving them adrift without a base. Plus, it would throw the party in chaos, at the start of an election year no less.”

Chinese Students Are Key to US National Security, Eric Schmidt Says // Patrick Tucker: Google CEO-turned-DoD advisor pushes back on notion that turning them away will keep American safer.

The Senate’s Defense Authorization Bill Ignores Our New Reality  // Brandon Valeriano, Eric Gomez, and Lauren Sander: The annual policy bill takes almost no notice of a pandemic that has already wrought more destruction than most of our country’s wars.

Welcome to this Thursday edition of The D Brief from Ben Watson and Bradley Peniston and Marcus Weisgerber. Send us tips from your community right here. And if you’re not already subscribed to The D Brief, you can do that here. On this day in 1981, the Lockheed F-117 Nighthawk made its first flight. The aircraft was retired in 2008, but it’s still in use today.

JUST IN: The top U.S. Air Force general in Europe said he has no orders to withdraw forces from Germany. Earlier this week, President Trump said he would cut about 9,500 American troops from the in-country forces, leaving about 25,000 there, confirming a Wall Street Journal report from earlier this month.
So far: “I have not received any specific guidance directing me to do any specific planning on that at this particular point,” Gen. Jeffrey Harrigian, commander of U.S. Air Force in Europe and Air Forces Africa, said this morning during a Defense Writers Group webcast. The general referred questions about U.S. troop numbers in Germany to the White House. A National Security Council spokesman was not immediately available to comment. The headquarters for U.S. Air Force in Europe and Air Forces Africa is located at Ramstein Air Base in Germany.

Iran says it just tested a new “locally made cruise missile” over the north Indian Ocean, Reuters reports today. “The new generation cruise missiles, with a range of 280 km (175 miles) were tested during exercises by the Iranian navy in the Gulf of Oman.” Little bit more, here.

France says Turkey is violating the UN arms embargo on Libya. AP: “The main obstacle to the establishment of peace and stability in Libya today lies in the systematic violation of the U.N. arms embargo, in particular by Turkey, despite the commitments made in Berlin” talks early this year, the French foreign ministry said.
Example: The European Union’s foreign policy chief Josep Borrell, said EU personnel involved in naval patrols off Libya “tried to make contact last week with a ‘suspicious’ Tanzanian-flagged cargo ship that was being escorted by two Turkish warships. He said the ship refused to respond, but its Turkish escorts said the cargo was medical equipment bound for Libya.”
Turkish officials have said they support the UN embargo but that the EU’s Mediterranean task force has been unfairly focusing its efforts on the Tripoli government, which Turkey supports. A bit more, here.

COVID cases are rising in 20 U.S. states, with hot spots most plentiful in the South, per the New York Times’ tracker.
Oklahoma “is among the states reporting a record number of new cases,” the New York Times reports two days ahead of the president’s first public rally, planned for Saturday in Tulsa.
Related: “Surging cases lead to new wave of mask requirements,” the Washington Post reports, focusing on major cities making the change in Arizona and Texas, Oregon, Arkansas and Tennessee, too.
Some 764 more Americans died of COVID-19 on Wednesday, bringing the total near 118,000, though the 7-day rolling average of new deaths continues to decline.
Meanwhile, Turkey just mandated mask-wearing in three major cities, including Istanbul, AP reports today. 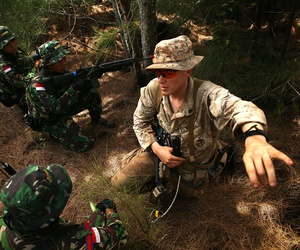 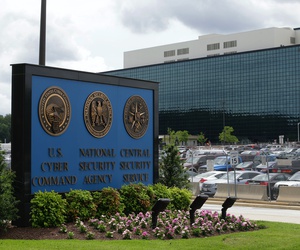 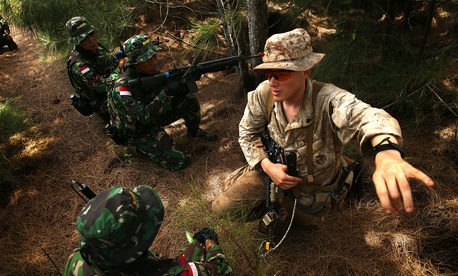 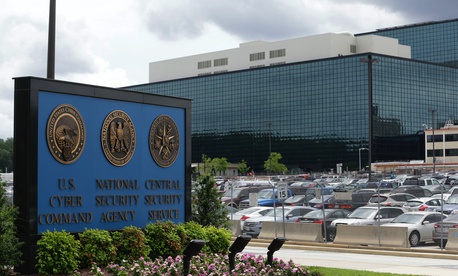