Perspecta's View: Six Steps for DES to Capture Innovation
Skip to Content
Get all our news and commentary in your inbox at 6 a.m. ET.
Policy
Democrat to NSA: Forget Congress, Stop Mass Spying Now 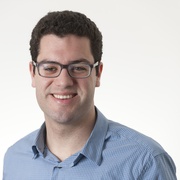 President Obama and Director of National Intelligence James Clapper endorsed the USA Freedom Act, which would have ended the NSA's bulk collection of data on millions of U.S. phone calls. Under the bill, the data would have remained with the phone companies, but the NSA could gain access to data on particular suspects with court approval. Senate Republicans blocked the bill from advancing on Tuesday, effectively killing the push for reform this year.

Legislation to rein in a domestic surveillance program crashed and burned in the Senate earlier this week. But one House Democrat is urging the Obama administration to stop the controversial spying on its own.

"There's no reason, if you think that this is the correct policy, that you have to wait for the Congress to mandate you to do it," Rep. Adam Schiff, a California Democrat, said to National Security Agency Director Mike Rogers at a hearing Thursday.

At Thursday's House Intelligence Committee hearing, Rogers noted that the NSA did implement new privacy reforms earlier this year to comply with directions from the president. Although the NSA still forces the phone companies to turn over vast batches of data, it only accesses that data with approval from the Foreign Intelligence Surveillance Court.

But Schiff argued that there's no reason the NSA should be collecting massive batches of data in the first place. The data include phone numbers, call times, and call durations, although not the contents of any conversations.

"You don't have to wait for the USA Freedom Act," Schiff said. "There is no statutory mandate of any kind for the government to collect bulk metadata."

Democratic Sens. Mark Udall, Ron Wyden, and Martin Heinrich also urged the administration earlier this year not to wait for Congress to end the bulk collection of phone records.

The White House did not respond Thursday on whether the president would support ending the controversial program unilaterally.

But House Intelligence Committee Chairman Mike Rogers, a Michigan Republican, (no relation to the NSA director) urged the administration to reject Schiff's proposal. "I would be cautious about shedding that before there's any legislative direction," Rogers said.

Although the push for NSA reform appears to be dead for now, the issue will have to resurface next year. Core provisions of the USA Patriot Act are set to expire in June, and privacy advocates will lobby for restrictions on any reauthorization bill. But Senate Republican Leader Mitch McConnell, an NSA supporter, will control the agenda, and lawmakers may be reluctant to risk killing NSA authorities altogether.

NEXT STORY: Did Rand Paul’s NSA Vote Fight Government Spying or Protect It?