Previously unreported Pentagon data shows how much the average U.S. taxpayer has paid for combat operations in Afghanistan, Iraq, and now Syria.

As of Monday, the average American taxpayer will have paid nearly $7,500 to fund the wars in Afghanistan, Iraq, and Syria since the 9/11 attacks, according to previously unreported Pentagon budget data sent to Congress this summer.

This fiscal year, each U.S. taxpayers will pay about $289 for both wars, according to the Defense Department data. Next year — fiscal 2018 — that number would drop to $281 per taxpayer, if Congress were to pass the White House's spending request unchanged, which won't happen. And there’s another reason that number is likely to change: the Trump administration’s plan to send more American troops to Afghanistan .

Americans paid the most for the wars in 2010, an average of $767 apiece. The annual amount declined through 2016 to $204 per taxpayer, before growing again as the U.S. ramped up its airstrike campaign against the Islamic State in Iraq and Syria.

Why do we know this? The 2017 National Defense Authorization Act ordered the Pentagon and IRS to compile and publicly post the information on the Defense Department’s website. Rep. John Lewis, D-Georgia, added the legislation to the defense policy bill last year after numerous earlier attempts. By October of next year, the Pentagon’s share of the wars in Afghanistan, Iraq and now Syria will have collectively cost taxpayers more than $1.5 trillion, according to the Defense Department’s figures. 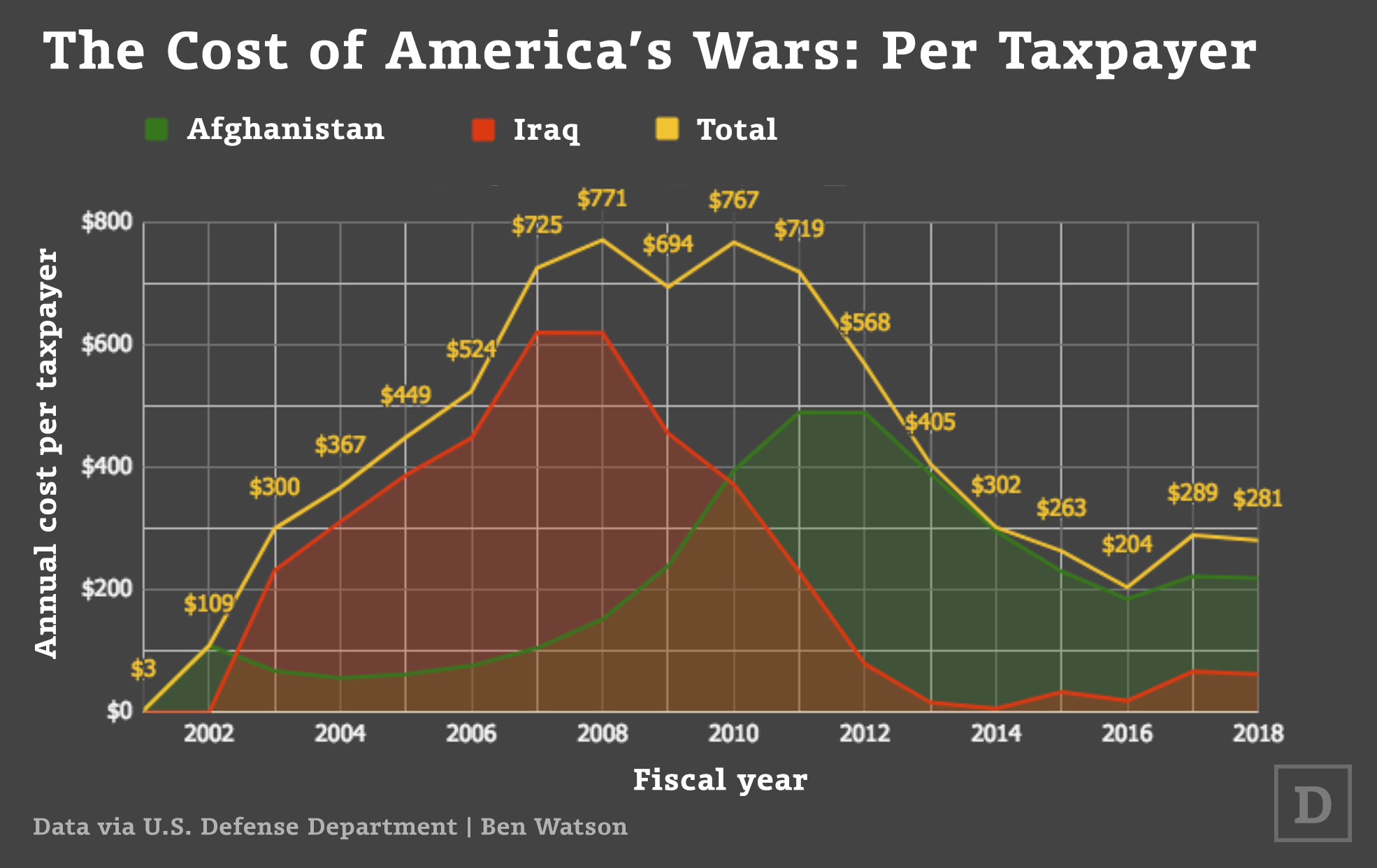 But that number is far from the total cost of the wars. For one thing, the figures do not include classified amounts spent on the wars by the CIA and other intelligence agencies. But when other, far greater costs are included — such as medical and disability payments to veterans over the next 40 years, and war-related funding for the State Department and other federal departments — the total post-9/11 bill approaches $5 trillion , according to Brown University’s Watson Institute for International and Public Affairs.

For comparison, the average U.S. taxpayer will have paid more than $4,100 for diplomacy since 9/11 through fiscal 2018, according to data compiled for Defense One by the Center for Strategic and International Studies. In 2017, that totals nearly $285 per taxpayer, just $4 less than cost per taxpayer for the wars in Afghanistan, Iraq and Syria. 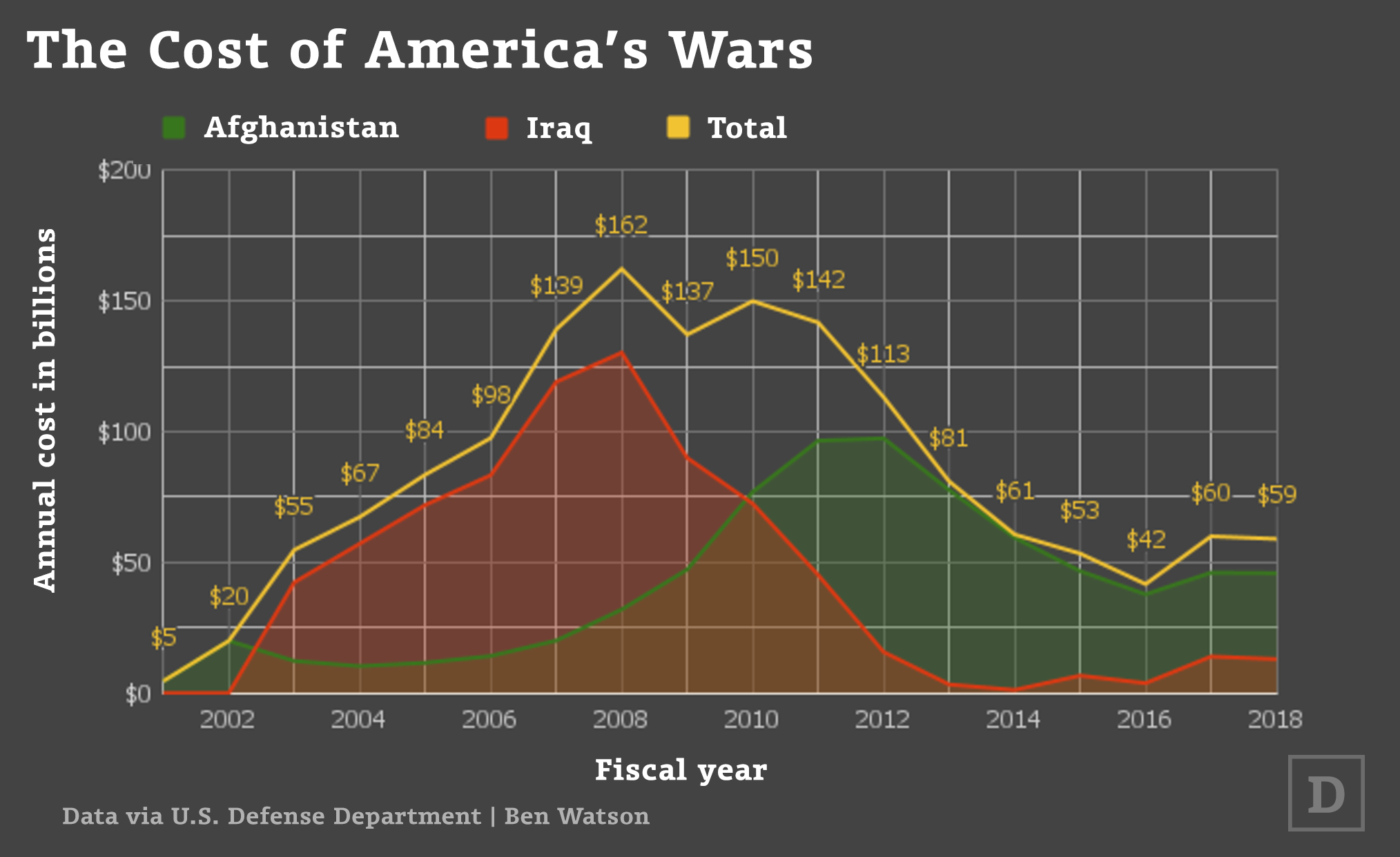 NEXT STORY: McMaster: I’m Here to Serve, Not ‘Control the President’