President Barack Obama reviews an honor guard during a welcome ceremony at the Imperial Palace in Tokyo, Thursday, April 24, 2014.

Can President Obama reassure jittery allies and cut a deal? By Major Garrett

TOKYO—Nervous American allies need President Obama to state the obvious just to believe he might actually believe it and back it up.

That is the cost of the Ukraine crisis here.

This has been U.S. policy since 1971, when the Senate passed the Okinawa Reversion Treaty, giving Japan control of the resource-rich islands in the East China Sea after the United States occupied them in 1945.

“The policy of the United States is clear—the Senkaku Islands are administered by Japan and therefore fall within the scope of Article 5 of the U.S.-Japan Treaty of Mutual Cooperation and Security. And we oppose any unilateral attempts to undermine Japan’s administration of these islands.”

The “unilateral attempts” to poach the Senkaku Islands are coming from China, which claims the islands as part of its maritime territory dating back to 1534. China does concede losing them during the first Sino-Japanese War but argues Japan was supposed to relinquish them after World War II. 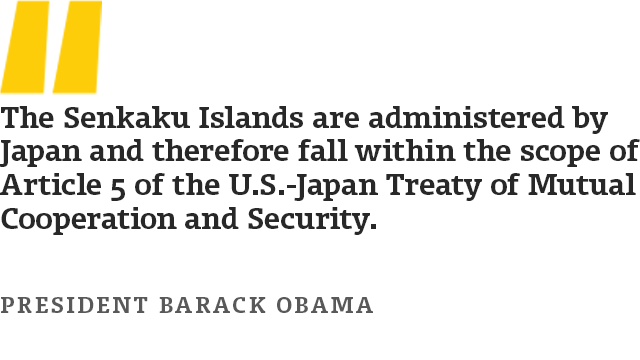 This is a long-simmering dispute given new potency here by China’s increased military ambitions (the unilateral creation of an Air Defense Identification Zone in November and expansive naval investment are just two examples). Japan has been made doubly nervous by China’s indifference to Ukraine’s struggle against Russian occupation of Crimea (Evan Mederios, Obama’s top National Security Council adviser on Asia recently described it as “agnostic and unwilling to criticize”) and to Russia’s menacing of Ukraine’s eastern regions.

Hence the need to pin Obama down. Once he was pinned, Japan’s top newspaper stated the obvious: “It is very rare for Obama, who is known for adopting a conciliatory attitude toward multiple interests, to publicly use such clear-cut expressions,” wrote Keiko Iizuka, Yomiuri Shimbun ‘s Washington bureau chief. “Perhaps one motivation for Obama’s directness is to challenge a prevalent perception of weakness, both home and abroad.”

The White House denies it’s under pressure to calm allies here and in Seoul, where a country torn apart by the ongoing ferry tragedy is also increasingly unnerved by North Korean military activity and nervous Pyongyang will be motivated to copy Vladimir Putin’s Ukrainian aggression. (Disputed territories and historical, ethnic, and linguistic ties have always haunted North-South relations on the peninsula.)

Obama must emphasize his Asia pivot is real—militarily and economically. That will also mean getting serious on trade. The Trans-Pacific Partnership is bogged down here, with Japanese negotiators reluctant to accede to demands for more U.S. auto and food imports if Obama is unwilling to rally congressional Democrats behind the legislative means to pass the eventual deal—Trade Promotion Authority. Obama and Japanese Prime Minister Shinzo Abe spent 90 minutes over world-famous sushi here to make progress on TPP and other issues. 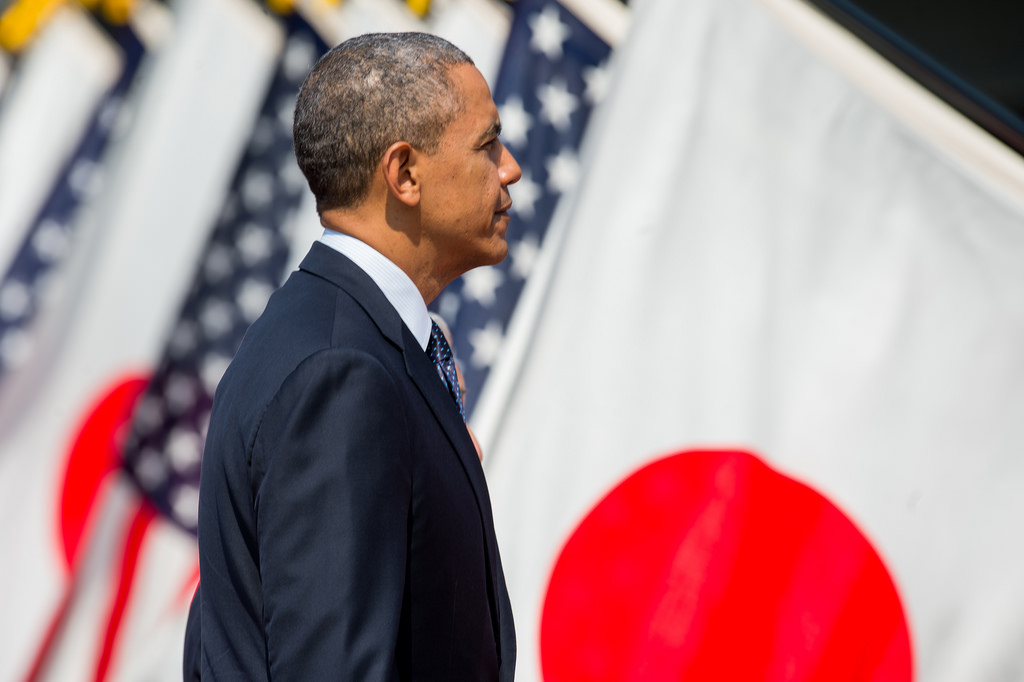 The meaning of Obama’s words and actions are at the heart of Asian anxiety about defense and trade.

And though it’s unrelated, Obama’s words and actions on an issue he’s suddenly discovered—worker training—are worth equal scrutiny. With or without a trade deal here, America’s unemployed and the chronically unemployed who are no longer officially counted need—desperately need—inventive action to find new skills and jobs.

And that will require, again, toughness of action to match the ambition of Obama’s words. I asked Obama at a worker-retraining event outside Pittsburgh last week if he regretted neglecting the issue for most of his presidency.

“The truth is we’ve been working on this since I got into the presidency. And we’re building on the work that we’ve been doing over the first four years,” Obama said. “What we’re still seeing is ordinary folks who are eager to work hard, looking for a job, or already have a job, not seeing their incomes, their wages, their opportunities increase.”

Obama put money toward worker retraining in the 2009 stimulus law, but as a 2011 Government Accountability Office report showed, a $5 billion funding increase since 2003 achieved very little. “Both the number of—and funding for—federal employment and training programs have increased … but little is known about the effectiveness of most programs … nine federal agencies spent approximately $18 billion to administer 47 programs.” 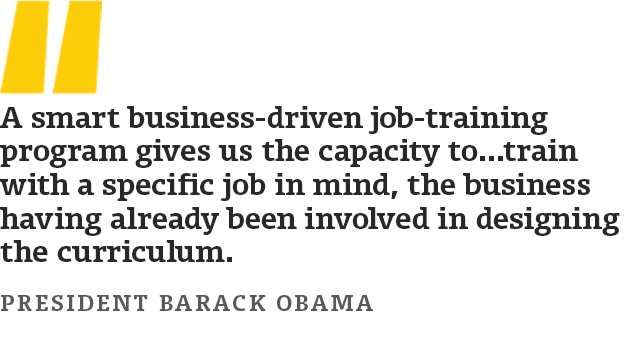 Obama touted the benefits of worker training at the community-college level, where area businesses declare a need for skills and the training serves as a pipeline to actual job openings.

“[What] a smart business-driven job-training program gives us the capacity to do is to not just have folks train for the sake of training. But rather, have them train with a specific job in mind, the business having already been involved in designing the curriculum. So they have confidence that, if a worker completes this course, that they can do the job at the factory,” the president said.

“When you combine it with apprenticeships and other opportunities to partner between the private and the public sector, what you end up seeing is not only folks getting jobs when they don’t have work, but also people inside their own companies who want to advance suddenly seeing careers open up to them. And that’s good for the entire economy.”

Most of this work is done without heavy federal involvement and Obama made no reference to achievements linked to his stimulus funding for federal retraining. I raised this obvious point by asking if Obama was saying “it might not be a bad idea for the federal government to get out of the worker-training process entirely.”

“Well, here’s what we need to do. It—it’s not a matter of the federal government getting out of the business; it’s—a matter of doing it smarter. The money’s being well spent, in many cases, as it is for example here. You’d have a partnership where you have a local community college. They work with industry groups or specific businesses in their area. They design a curriculum. The—the government then is funding the training for these workers. But they’re not micromanaging the design of—of the training. Rather, the training is very specific to work that is out there that needs to be done. And what we need to do is to make sure that we’re doing more of that.”

“I hope something will get done,” Biden told me. “I didn’t have a chance to tell the president I spent uh, some time with Eric Cantor going over the possibilities and our bottom line is we’re prepared to work, but what we don’t consider positive is just taking existing programs, block-granting them, and uh, you know, reducing the amount of help and then walking away. What you saw here today is what works. It’s a matter of businesses partnering with these community colleges and they’re actually providing jobs. And that’s what this is all about, finding the skills for the jobs that are coming home, and are being created. And the Republicans want to play in that terrain, we’re anxious to do that.”

Obama told me he hoped Biden would forge a deal.

“There are certain projects that he’s taken on, like for example, this task force dealing with job training, where, uh, he and his team are able to provide some concentrated effort and because he’s the vice president he can knock some heads and drive some things that sometimes may be harder even for a Cabinet secretary to do. But, as Joe said, the opportunities on these issues to work in a bipartisan way are there. What we’ve said is, let’s do it smarter, there are probably some programs that are receiving funding right now that aren’t as efficient as they should be, but let’s not reduce it, let’s take money from programs that aren’t working and let’s meet all the unfilled needs with programs that do work.”

House Republicans have passed a bill to mothball or “streamline” 35 different federal training programs and block-grant funding to governors—all in the name of efficiency and minimizing federal bureaucracy. The bill attracted two Democratic votes and is a policy pipe dream—just as unrealistic as the original gambit to cut farm-bill food-stamp funding by $40 billion over 10 years (the final deal cut $8.6 billion). But some new thinking on worker training is on the table—Obama and Biden’s words suggest as much. And House Republicans can leave things as they are—riddled with inefficiency tabulated and rhetorically acknowledged by Obama and Biden—or take less than their bill calls for but move in the direction of fewer federal programs, more state control, and more direct training-to-job-opening requirements.

House Education and the Workforce Committee Chairman John Kline told me an opening exists. “We can reach a bipartisan, bicameral agreement on job-training reform legislation in the weeks ahead,” he said.

The question on this issue as well as trade and security here in Asia is: What do Obama’s words mean? Are they credible? Will there be follow-through? Leaders here wonder. Kline wonders.

Chronically unemployed Americans have reason to wonder too. But they alone need the most hope that thing can change.

The author is National Journal correspondent-at-large and chief White House correspondent for CBS News. He is also a distinguished fellow at the George Washington University School of Media and Public Affairs. 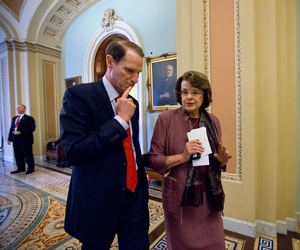 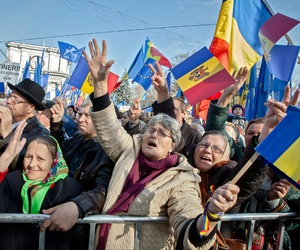 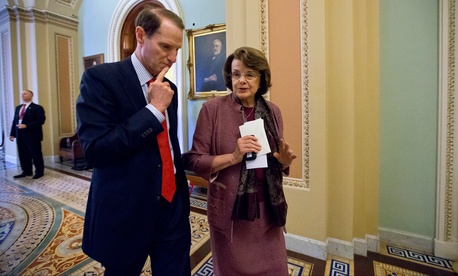 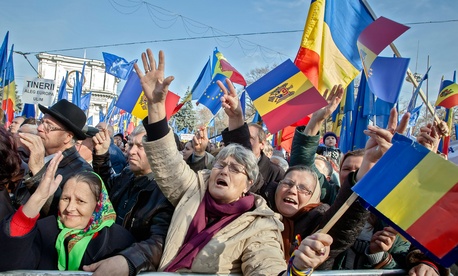