The country whose war shaped the US president’s approach to intervention may become a regional security partner.

When President Obama welcomes Vietnam’s Communist Party leader, Nguyen Phu Trong, to the Oval Office on Tuesday, it will be the latest step in the president’s nearly life-long attempt to come to grips with a war that he was too young to fully understand but which still casts a powerful shadow over his foreign policy.

You have to go back 12 presidents and 70 years to find the last president before Obama not to have been personally touched by Vietnam. Harry Truman fended off personal appeals from both the French and Ho Chi Minh. Dwight Eisenhower opted against rescuing the French in the Battle of Dien Bien Phu in 1954, but sent in the first U.S. military advisers. John F. Kennedy increased the number of U.S. forces. Lyndon B. Johnson escalated the war with more than 500,000 troops. Richard Nixon expanded the bombing and began the reduction in troops. Gerald Ford oversaw defeat and withdrawal. Jimmy Carter pardoned the draft dodgers. Ronald Reagan dealt with college protests. George H.W. Bush negotiated with China while raising draft-eligible sons. Bill Clinton participated in war protests and avoided military service. George W. Bush used the National Guard to avoid service in the war.

Obama’s visitor lived through much of that history. Trong, 71, was born when the country was still called French Indochina and joined the Communist Party when Obama was only 6. Since 2011, he has been general secretary of the party in Vietnam. This visit calls attention to his power in Vietnam. He holds no official government position but is being treated by the White House as if he were a head of state. That recognizes the reality that Trong is considered the most powerful leader in the country.

With Vietnam clashing again with China over possessions in the South China Sea, and with Vietnam a party to the Trans-Pacific Partnership trade accord, the White House sees Trong as a potential regional partner 40 years after the war ended there.

Unlike his predecessors and unlike Trong, Obama missed that war. He was not yet born when Eisenhower sent in the first military adviser. He was barely 3 when the Gulf of Tonkin Resolution passed, only 6 when Johnson was forced out of his reelection campaign, 7 during Nixon’s secret bombing, 8 when four students were killed at Kent State, 11 when the draft ended, and 13 when the last American helicopter lifted off of the Embassy grounds in Saigon.

“Obama is the first president to come of age in the post-Vietnam era,” David Axelrod, the president’s longtime political adviser, told National Journal. “His political consciousness was not shaped by that war. He is not consumed by the arguments that swirled around it.”

The president has acknowledged that he was personally untouched by the furor attending the war, spending the years of the most strident protests away from the U.S. mainland, living in Indonesia in 1967 at age 6 and then in Hawaii at age 9. “I was too young at the time to fully grasp the nature” of what he called the “social upheavals” wracking the United States, he wrote in The Audacity of Hope. But he said he “always felt a curious relationship to the ‘60s.” Because he didn’t have the personal memories, he has been on a long personal quest to understand what happened. “Mainly,” he wrote, “my understanding of the ‘60s came as a result of my own investigations.”

That quest followed him to his 2008 campaign for president, and then into the White House. “Obama is the first (recent) president not personally touched by the war, but professionally he has been touched by the war very directly,” said Marvin Kalb, the longtime CBS and NBC reporter who examined the impact of Vietnam on Obama’s policies in his book Haunting Legacy: Vietnam and the American Presidency from Ford to Obama.

He recalled a 2008 trip that Obama took to the Middle East with Sen. Jack Reed of Rhode Island and Sen. Chuck Hagel of Nebraska. “On the whole ride from Andrews Air Force Base to Kuwait City, a 13-and-a-half hour ride, Obama conducted it as if it were a seminar on Vietnam,” Kalb told National Journal. Ostensibly, the trip was supposed to be about Afghanistan. “But what was on his mind intellectually and professionally? Vietnam. There was no other subject that came up on that long ride according to both senators.”

Obama wanted to know the lessons of that war. But once in the Oval Office, there was a limit to how often he wanted to hear about it. According to an official in some of the key meetings and according to Kalb’s reporting, the president grew quite annoyed that some of his older advisers—most particularly his special aide Richard Holbrooke—kept bringing up Vietnam in discussions about Iraq and Afghanistan.

“He was constantly pissed off at Holbrooke for this,” Kalb said. “I heard it from Dick himself. Dick acknowledged that he raised it too much. And every now and then he felt that by raising Vietnam he was losing his point because the president phased out. He didn’t want to hear about Vietnam constantly.”

He also has been determined to stamp out any suggestion that his escalation of troops in Afghanistan is in any way comparable to Johnson’s escalation in Vietnam. In his book, Obama criticizes liberals who compare the two wars. “Osama bin Laden is not Ho Chi Minh,” he wrote flatly, adding that “the threats facing the United States today are real, multiple, and potentially devastating.” He made the point again in a 2009 interview with The New York Times and CNBC. “Afghanistan is not Vietnam,” he asserted then.

In 2012, he chose to give his Memorial Day address at the Vietnam War Memorial. There, he spoke of the “complexity” of the war, calling it “one of the most painful chapters in our history.” It was a speech that suggested he was himself still trying to figure out the lessons of the war.

“He was very much absorbed—and always has been—with questions that emerged out of the Vietnam experience,” Kalb said. “When people say that Obama has had no personal connection with the war, in a way they are missing the point. Yes, he was not there. Yes, he did not serve. Yes, he was not drafted. But he is a smart man. He knows what the U.S. has gone through. And this particular war is not one he wants to repeat.”

It explains much of Obama’s policies today. “He is neuralgically negative about the commitment of American forces anywhere in the world because he wants to see evidence that it is going to be different from the way it was in Vietnam,” Kalb said. “He wants it to work.” 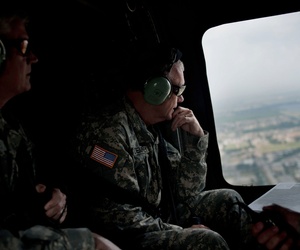 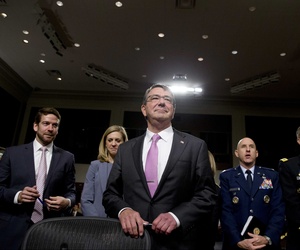 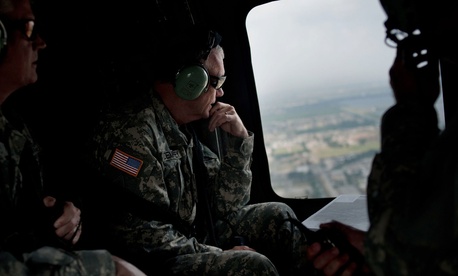 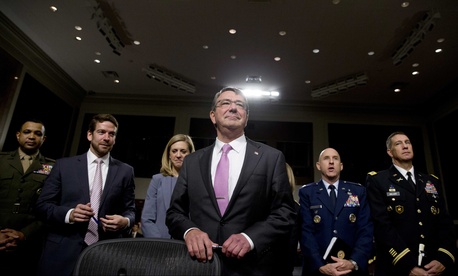