How The Myth of An EU Army Bolstered The Brexit Vote

In this Nov. 13, 2014 file photo, British soldiers attend a military exercise 'Iron Sword 2014', at the Gaiziunu Training Range in Pabrade some 60km.(38 miles) north of the capital Vilnius, Lithuania.

As NATO leaders meet in Brussels, one shadow lingering over their coming fist-pounding commitments to collective European security is the fact that the Brexit vote in the UK was fueled in part by a persistent fear that the EU was going to create a separate Army. A look at history, and a few discussions with Brexit-watchers in Europe, suggest that the idea was much more fiction than fact.

The story came directly from the mouths of influential British national security leaders and was repeated through pro-Brexit media outlets. Former Chief of the Defence Staff Lord Charles Guthrie told the Telegraph that “‘A European Army could damage NATO. It is expensive. It’s unnecessary duplication to have it. It would appeal to some euro vanity thing.”

Armed Forces minister Penny Mordaunt told the Daily Mail, “The prospect of having our security policy dictated by Brussels is a huge concern – and makes a mockery of the claim Britain is stronger in the EU.”

Col. Richard Kemp, formerly of the British Intelligence Committee and among the more prolific peddlers of EU Army theories, told the Telegraph that Britain would give away the right to self-defense under an EU Army and told The Sun that that it was Brussels’ “ultimate plan” to bring all the individual militaries of Europe under its control.

“The EU army has been one of the most persistent myths peddled by the Brexit Campaign,” Sophie Besch, a research fellow at the Center for European Reform, told Defense One.

But like any good rumor, the story did hold a speck of truth.

Europe does have a Common Security and Defence Policy, or CSDP, which is distinct from NATO. The EU can draw from NATO forces for some peacekeeping operations as part of the European Union Force, or EUFOR. The EU has joined together for some 37 missions since 2003 in places like Bosnia and in the Congo.

In 1998, British prime minister Tony Blair and then French president Jacques Chirac announced plans for a European rapid reaction force of as many as 60,000 troops by 2003. Of course, 2003 came and went and the goal passed into oblivion. Today, the CSDP allows different countries to conduct mostly crisis management operations. There are 13 EU battalion-sized teams (at least 1,500 strong), and several “niche capability” teams that provide things like water purification and medicine, that form EU Battlegroups, which were declared operational in 2007. They rotate; two of the groups are always ready for rapid deployment. But they’ve never been deployed.

“Just weeks before today’s long-awaited EU summit on defense, European military and security experts drew up plans to finally send an EU battle group into its first mission ever. They wanted it to go into the Central African Republic to help France’s mission there,” Judy Dempsey, a senior associate for Carnegie Europe, wrote in 2013. “London’s reaction to a possible EU mission in the Central African Republic was so hostile that Paris officially never even raised the issue of calling in the battle group. The reason is the UK referendum on British EU membership planned for 2017,” she said.

There’s a big difference between the EU borrowing some NATO forces for peacekeeping missions that NATO doesn’t want to get involved in and the establishment of a EU military to compete with NATO that brings the British military force effectively under the rule of Brussels.

The threat was a remote one in part because of the way the EU force is constructed. In 2002, the EU and NATO worked out an agreement called Berlin Plus. It gives NATO the right of first refusal for any mission that EU forces might be called up for (so essentially, they would get the missions NATO doesn’t want) and the agreement gives NATO member states the right to veto the use of NATO assets as part of any cobbled together EU force. The force would perform peacekeeping missions and provide rapid crisis response, such as helping to manage the migrant emergency sweeping Europe.

There is also a push for better defense integration within Europe. In a document recently leaked by Polish television station Telewizja Polska, titled “A Strong Europe in a World of Uncertainties” Jean Marc Ayrault, a former French prime minister, and Frank-Walter Steinmeier, Germany’s foreign affairs minister, do essentially call for a new “European Security Compact” and the establishment of the “world’s first multi-national border and coast guard” as well as better data sharing and a more unified approach to crisis management within Europe. The ideas were line with what some in Europe were calling for before the vote.

“The problem [during the Brexit vote] was that calls for an EU defence union, for an operational HQ, for closer integration in general were all taken to mean ‘EU army’,” said Besch.

Some European Union leaders contributed fuel to the fire of speculation. European Commission President Jean-Claude Juncker last year called for a larger and more permanent European Union Army to be based in Brussels, saying that the European Union needed one “to be taken seriously.”

Roderich Kiesewetter, the foreign affairs representative of the Christian Democratic Union and Christian Social Union in Germany, has argued for the establishment of an Army, calling it “a long way off,” but also “a strategic necessity to implement important steps to pave the way toward it now.”

Despite the public airing, the idea that the EU was going to drag the UK into an enormous Euro-force was far-fetched. British Prime Minister David Cameron made that clear in May, stating “Decisions on foreign policy are taken by unanimity. Britain has a veto. So suggestions of an EU army are fanciful: national security is a national competence, and we would veto any suggestion of an EU army.”

Before the Brexit vote, Besch offered four reasons why the idea was a non-starter.

Integrating military units of different nationalities is hard under the best of circumstances, and the EU is not the best of circumstances “The Franco-German joint brigade illustrates as much,” she wrote. “Though created in 1989, it was only first deployed (and then only partially) as part of a training mission in Mali last year. In Afghanistan, the two countries were unable to agree on an acceptable level of risk for the troops involved, blocking deployment. The problem would only be worse in multinational EU units.“ Multi-national NATO forces are an exception, in part because of the role of U.S. military leadership.

Additionally, some 22 of the 28 countries in the EU are also in NATO. And money invested in an EU Army would come from funds that would go to NATO, which begs the question, if many EU member states are acting like “free riders” in NATO, (that’s President Barack Obama’s term) by not contributing the 2 percent of their GDP to their domestic defense budgets (per NATO member goals) why would they want to contribute to an EU Army in addition? Poland and Latvia have rejected the idea of an EU army entirely, in part for this reason.

Besch also suggests that even nominally pro-EU Army German politicians such as Kiesewetter are mostly riding the idea for political gain to appear like “good Europeans.” Even at their most optimistic they put the idea in the distant future. An actual EU Army plan don’t exist.

Though nativism, anti-immigrant sentiment, and suspicion of globalism were clearly factors in the final Brexit vote, the phantom threat of an EU Army played an important role, says Besch.

“The EU army claim was reasonably powerful because it was never successfully debunked. David Cameron and [British Defense secretary] Michael Fallon tried, but they focused on the EU’s veto power, instead of attacking the premise of the argument (there is no political will in any EU capital to take this forward and EU defence integration is by far not at this level).” 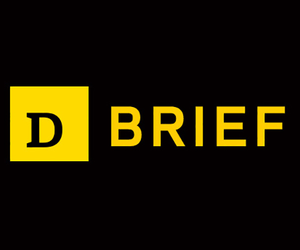 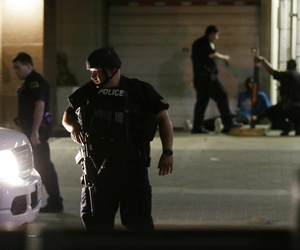 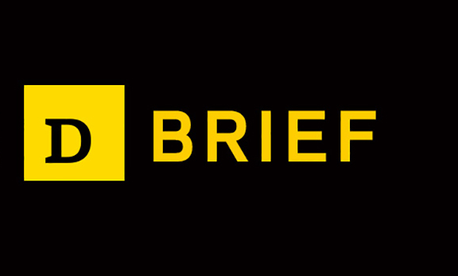 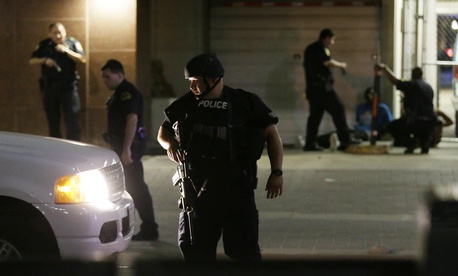