In Tuesday testimony, the special envoy to Ukraine said he was not part of the Giuliani-Perry-Sondland backchannel.

Former Ukraine special envoy Kurt Volker will tell members of the House intelligence committee on Tuesday he did not know that his efforts to help the Ukranian government navigate its relationship with the White House were part of a campaign to dig up dirt on the Biden family. He does now.

“In hindsight, I now understand that others saw the idea of investigating possible corruption involving the Ukrainian company, ‘Burisma,’ as equivalent to investigating former Vice President Biden. I saw them as very different – the former being appropriate and unremarkable, the latter being unacceptable,” Volker wrote in the testimony he submitted to lawmakers and obtained by Defense One. “In retrospect, I should have seen that connection differently, and had I done so, I would have raised my own objection.”

But others have portrayed Volker as far less innocent. In October, William Taylor, the former chargé d’affaires to Ukraine, told the committee that Volker was part of a “highly irregular” diplomatic channel whose objective was persuading Kyiv to help undermine one of Trump’s political rivals. George Kent, the deputy assistant secretary of state responsible for Ukraine, said Volker was one of the channel’s “three amigos” along with Energy Secretary Rick Perry and Gordon Sondland, Trump’s ambassador to the European Union.

On Tuesday, Volker denied he was part of any secret, irregular effort. “I was never aware of any designation by President Trump or anyone else putting Amb. Sondland, or the three of us as a group, in charge of Ukraine policy. Rather, as I understood it, each of us, in our own respective official capacities, continued to work together after our attendance at [Ukrainian] President [Volodymyr] Zelenskyy’s inauguration to push for greater U.S. support for Ukraine. Leading the diplomacy around Ukraine negotiations had long been my official responsibility, but I welcomed the added support and influence of a cabinet secretary and our EU Ambassador,” he said.

Volker’s alleged involvement in this backchannel had begun by July 2, the Wall Street Journal reported, when he told Zelensky that the Ukrainian would have no meeting with Trump unless he announced a new investigation into Burisma, whose board included the son of presidential candidate Joe Biden, and looked into a discredited conspiracy theory about the 2016 election.

On Tuesday, Volker denied this, saying that he actually told Zelensky that the meeting had apparently been put off because Trump’s personal lawyer Rudy Giuliani was poisoning the president’s view of Ukraine and its government.

Volker said that he became aware that military aid to Ukraine was being held up on July 18. He didn’t tell the Ukrainians, he said Tuesday, because he didn’t want to frighten them.

“I thought we could turn it around before it the Ukrainians ever knew or became alarmed about it. I did not know the reason for the hold, but I viewed it as a U.S. policy problem that we needed to fix internally, and I was confident we would do so,” he said.

A week later, Trump held his famous phone call with Zelensky in which he asked for the “favor” of looking into the discredited conspiracy theory and “the other thing” of looking into Biden’s son.

Volker said Tuesday that he only learned about these requests through news reports in September, as neither was mentioned in the official readouts of the call.

In August, Volker set up a meeting between Giuliani and Zelensky aide Andrey Yermak, texting Sondland that “Most impt is for Zelensky to say that he will help investigation-and address any specific personnel issues-if there are any.” (He released this and related text messages to impeachment investigators as part of his closed-door testimony in October.)

But Volker said Tuesday that he set the meeting up to set Giuliani straight about his country — not to push for an investigation into the Bidens.

“I did so because I understood that the new Ukrainian leadership wanted to convince those, like Mayor Giuliani, who believed such a negative narrative about Ukraine, that times have changed and that, under President Zelenskiy, Ukraine is worthy of U.S. support. The Ukrainians believed that if they could get their own narrative across in a way that convinced Mayor Giuliani that they were serious about fighting corruption and advancing reform, Mayor Giuliani would convey that assessment to President Trump, thus correcting the previous, negative narrative,” he said.

That effort failed. Instead, Giuliani pushed the Ukranians to announce a new Burisma investigation in an upcoming address. Yermak removed the language from the address, saying that he didn’t want to get involved in domestic U.S. politics, a move Volker said he supported.

Yermak “said it would reference Burisma and 2016, in a wider context of bilateral relations and rooting out corruption anyway. There was no mention of Vice President Biden. Rather, in referencing Burisma and 2016 election interference, it was clear to me he was only talking about whether any Ukrainians had acted inappropriately,” said Volker.

Volker said he did not tell the Ukranians to start writing statements about Bursima to appease Donald Trump, but rather, to sit tight. “Instead of telling them that they needed to do something to get the hold released, I told them the opposite – that they should not be alarmed, it was an internal U.S. problem, and we were working to get it fixed.”

Volker said he only later became aware of what Sondland and others were doing. “I did not know others were conveying a different message to them around that same time.” 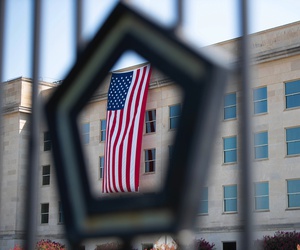 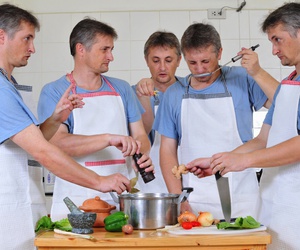 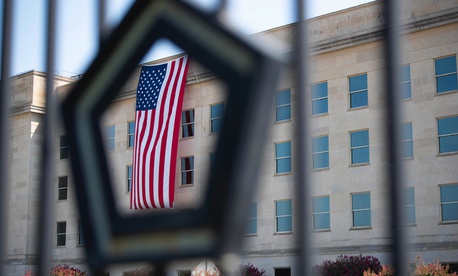 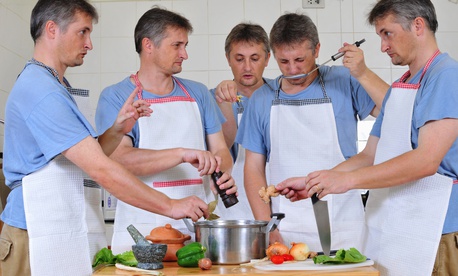