The Pentagon is also looking at living camouflage, self-healing paint, and a variety of other applications of engineered organisms, but the basic science remains a challenge.

How do you detect submarines in an expanse as large as the ocean? The U.S. military hopes that common marine microorganisms might be genetically engineered into living tripwires to signal the passage of enemy subs, underwater vessels, or even divers.

It’s one of many potential military applications for so-called engineered organisms, a field that promises living camouflage that reacts to its surroundings to better avoid detection, new drugs and medicines to help deployed forces survive in harsh conditions, and more. But the research is in its very early stages, military officials said.

The Naval Research Laboratory, or NRL, is supporting the research. Here’s how it would work: You take an abundant sea organism, like Marinobacter, and change its genetic makeup to react to certain substances left by enemy vessels, divers, or equipment. These could be metals, fuel exhaust, human DNA, or some molecule that’s not found naturally in the ocean but is associated with, say, diesel-powered submarines. The reaction could take the form of electron loss, which could be detectable to friendly sub drones.

“In an engineered context, we might take the ability of the microbes to give up electrons, then use [those electrons] to talk to something like an autonomous vehicle. Then you can start imagining that you can create an electrical signal when the bacteria encounters some molecule in their environment,” NRL researcher Sarah Glaven said at a November event put on by the Johns Hopkins University’s Applied Physics Lab.

Related: China Has More Nuclear Subs Than the West Believed

Related: Russia Has Started to Train Its Entire Military to Fight Drones

Glaven believes the research is about a year away from providing concrete evidence that she can engineer reactions in abundant marine life forms that could prove useful for the military. Sub-hunting, in particular, is “what we would like it to be applicable for,” she said.

“The reason we think we can accomplish this is because we have this vast database of info we’ve collected from growing these natural systems. So after experiments where we look at switching gene potential, gene expression, regulatory networks, we are finding these sensors,” said Glaven.

Geneticists have already shown that it’s possible to manipulate the genes of E. coli bacteria to exhibit all sorts of properties that might be useful for sub sensing. But, in synthetic biology, E.coli are similar to lab mice in conventional medical research: they’re abundant, cheap, and easy to work with, but their real-world relevance is limited. What works in E. coli, or in lab mice, doesn’t always work in other organisms and you just don’t find them in the sorts of places you would want to detect submarines.

There’s currently a $45 million effort across the Army, Navy and Air Force, dubbed the Applied Research for the Advancement of Science and Technology Priorities Program on Synthetic Biology for Military Environments, aimed at giving researchers the tools they need to engineer genetic responses into organisms that would be useful for the military.

U.S. Army researchers are focused on getting synthetic organisms out of the lab and into the field, that also means getting useful, new reactions out of abundant organisms and finding new nanoscale (one billionth of a meter in size) techniques to engineer those molecular reactions.

“We want to move synthetic biology from the laboratory to the field. That’s a big thrust of ours and so there’s a lot of tool development in order to do that,” said Dimitra Stratis-Cullum, who leads the biomaterials team at the U.S. Army Research Laboratory. “If you want to move a biological bio-based sensor to the field you try to ruggedize those organisms. You try to protect them. You try to encapsulate them. You try to basically increase their longevity in these harsh environments. So if you had, for example, embedded in a uniform a sensor that detects a hazard that’s a bio-based sensor. And perhaps it also causes more than one color change depending on the complex input. So there’s more than one function. Or it would sense and alert you and also [decontaminate] a material for example. It’s very difficult now to do that with the organisms that have some bio tools in them now,” like E. coli.

Her near-term focus is “using biology to do and  accelerate the nano-science in traditional coatings that exist now.” The hope is that soldiers will one day be able to produce or print new coatings in the field to conceal equipment in the open. “We’re looking to build next-generation coatings where we can dovetail into additive manufacturing [essentially 3D printing] and other more point-of-need production technologies.” Those could be useful to “control and minimize detection of our materials or of our assets,” she said.

Back to the November JHU event, where U.S. Chief of Naval Operations Adm. John Richardson said the United States, and the Navy in particular, is investing heavily in synthetic biology to better compete with China, an emerging synthetic-biotechnology powerhouse.

“We’ve taken a look at this in terms of its implications in terms of the operating environment. … biotechnology as a form of sensing, whether that be algae, or any number [of other organisms.] The ability to detect DNA as its left behind in the water column, advanced sensors on the beach heads,” he said. “We recently stood up Task Force Ocean, which is about getting us back into a competitive stance in terms of ocean science.” 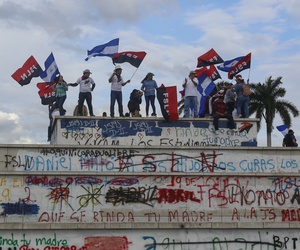 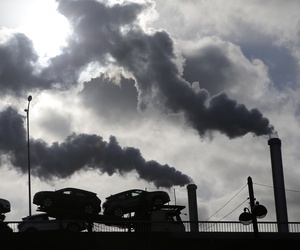 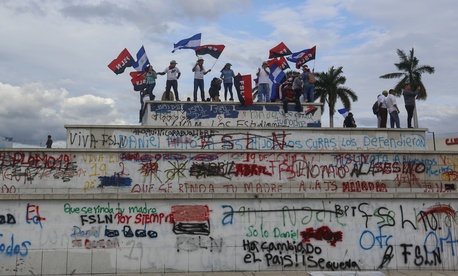 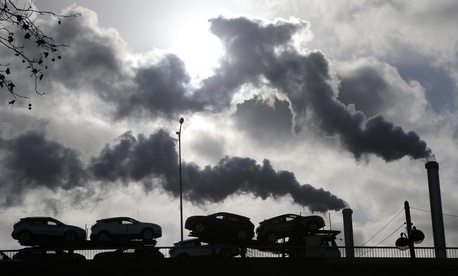