A new AI-enabled pilot project aims to sense “micro changes” in the behavior of people with top-secret clearances. If it works, it could be the future of corporate HR.

The U.S. military has the hardest job in human resources: evaluating hundreds of thousands of people for their ability to protect the nation’s secrets. Central to that task is a question at the heart of all labor relations: how do you know when to extend trust or take it away?

The office of the Defense Security Service, or DSS, believes artificial intelligence and machine learning can help. Its new pilot project aims to sift and apply massive amounts of data on people who hold or are seeking security clearances. The goal is not just to detect employees who have betrayed their trust, but to predict which ones might — allowing problems to be resolved with calm conversation rather than punishment.

If the pilot proves successful, it could provide a model for the future of corporate HR. But the concept also affords employers an unprecedented window into the digital lives of their workers, broaching new questions about the relationship between employers, employees, and information in the age of big data and AI.

The pilot is based on an urgent need. Last June, the Defense Department took over the task of working through the security clearance backlog — more than 600,000 people. Some people — and the organizations that want to hire them — wait more than a year, according to a September report from the National Background Investigations Bureau. Those delays stem from an antiquated system that involves mailing questionnaires to former places of employment, sometimes including summer jobs held during an applicant’s adolescence, waiting (and hoping) for a response, and scanning the returned paper document into a mainframe database of the sort that existed before cloud computing.

In addition to being old-fashioned, that process sheds light on an individual only to the degree that past serves as prologue. As an indicator of future behavior, it’s deeply wanting, say officials.

This effort to create a new way to gauge potential employees’ risk is being led by Mark Nehmer, the technical director of research and development and technology transfer at DSS’ National Background Investigative Services.

This spring, DSS is launching what they describe as a “risk-based user activity pilot.” It involves collecting an individual’s digital footprint, or “cyber activity,” essentially what they are doing online, and then matching that with other data that the Defense Department has on the person. Since “online” has come to encompass all of life, the effect, they hope, will be a full snapshot the person.

“We anticipate early results in the fall,” a DSS official said in an email on Tuesday.

The Department of Defense already does some digital user activity monitoring. But the pilot seeks a lot more information than is currently the norm.

“In the Department of Defense, user activity monitoring is typically constructed around an endpoint. So think of your laptop. It’s just monitoring activity on your laptop. It’s not looking at any other cyber data that’s available” — perhaps 20 percent of the available digital information on a person, Nehmer said at a November briefing put on by company, C3, a California-based technology company serving as a partner on the pilot.

The pilot seeks a much fuller spectrum of digital information and then combines it with other data within the Defense Department and beyond, using machine learning algorithms to derive insights. “Once constructed fully, it will look at the bulk of the cyber data you generate,” said Nehmer. “It’s IP-based with a date time stamp on it. There’s no name associated with it; you actually have to go to a different set of logs to marry those two things up.” (The data is entirely from Defense Department owned equipment, not personal systems.)

The pilot will also bring in material that a person put on their Standard Form 86 — basically forms that people seeking a security clearance fill out, and other data not related to cyber activity. “Let’s not just look at what you’re doing on your individual computer because there’s all this other information that we have available to us that we’re not looking at just because it’s hard,” he says, meaning that the data is not in a format that’s easily digestible by machine learning programs. “There’s this other human behavior data that’s not indicated in the cyber world.”

That data will join data from what’s called continuous evaluation, a current effort to monitor life events related to clearance holders, such as getting married or divorced, entering into a lot of debt or getting a sudden windfall, tax returns, arrests, sudden foreign travel, etc. Over a million military personnel are currently enrolled in the existing continuous evaluation system.

The eventual goal, said Nehmer, is a system that can sense not just impending insider crime but also far more intimate states of being; pre-crime, if you will. “We can begin to add whether or not the activity that the individual is producing is increasing, decreasing, or staying within a fairly normative range. If it’s staying within a normative range then as long as there are no business rules that are broken, likely we don’t have a problem. If their activity dramatically increases there is likely stress. But there are a lot of ways to measure activity. If it significantly decreases, it’s likely that there is some external controlling factor on that.”

In other words, it’s a window not just into a person’s past but their present state of mind, or what Nehmer calls “micro changes” in behavior.

“We are putting these into a construct so that we can detect minute changes in behavior across an entire pattern of life, so that we can detect stress,” he said. “Fundamentally, we are there to look out for micro changes in behavior that might indicate that a person is interested, or disinterested, in continuing their affiliation with the Department of Defense, or discontinuing their affiliation with life,” he said, referring specifically to the epidemic of veteran suicides. “If we do our jobs right, we can help prevent suicides, data breaches, or things that people, when they’re under stress, things that they do,” he says.

Of course, not everyone is happy with the idea of their employers detecting “micro-changes” in their behavior, especially if they believe that they might be punished for what those changes indicate. That goes for people who are exchanging their privacy for the immense privilege and power that comes with holding a secret or top-secret clearance. It’s a tradeoff, but not an easy one.

Nehmer is acutely aware of this. He’s adamant that the objective isn’t to slap the cuffs on people; it’s to reveal changes in mood, outlook, or behavior before punishment becomes necessary, before the employee starts to hate where they work or what they’re doing.

Reaching that goal will take a lot of data; and data collection within the Defense Department isn’t a straightforward process. “At least a couple of years ago, there were 15,000 major systems across the Department of Defense, each one configured differently, each one putting out different types of data. That’s just the systems. Then you have all of these different things related to personnel, and each one of them describes a single event in a different way,” said Nehmer.

It also requires data that’s not within the Defense Department as an institution but is available in other ways, through data sharing partnerships with other governmental and commercial entities. Nehmer didn’t want to say exactly which entities but it’s all data that the Department has legal access to as part of its screening and counter-intelligence activities. Still, getting those entities to share data for new pilot employee monitoring applications requires a lot of legal negotiation. If a data sharing partnership has to be renegotiated to allow for continuous evaluation or user activity monitoring, it can take nine months. And there are a lot of data-sharing partnerships to work through. Nehmer says that a lot of time is spent working with lawyers to keep the pilot in-line with the law and get the data it needs to be effective.

It’s still an open question as whether the pilot will create the sort of “snapshot” that DSS is looking to build. If it is, it will have set a new standard for using data to predict and manage employees.

When you are seeking a job with highly sensitive national secrets, you agree to give up a lot of information about yourself. So it’s not clear how well user activity monitoring will transport to private companies that don’t have a national security interest. But if it works, companies in the future may want to implement something similar, creating a new norm for employee monitoring.

The appeal of a system like the one Nehmer describes to outside companies depends, of course, on several factors: whether that snapshot actually results in improved performance, rather than just decreased risk; and, most importantly, whether employees perceive a reward in participating in such monitoring, how willing they are to be a part of it.

In some instances, where the result of the program really is less stress, better work, better relationships with managers, etc. a happier work life, then the rewards, perhaps, will justify the exposure in the mind of the employee or job applicant. In industries like tech, where firms compete hard for qualified applicants, it’s difficult to imagine talented workers signing up for a job where their data is always used against them. But equally competitive employees might be attracted to program where their data worked for them (so long as they understood how the system functioned.)

In other instances, where managers choose to use monitoring to increase costs for bad performance without offering rewards, future employee monitoring will probably feel truly Orwellian. And there are other concerns. It’s not clear how wide-scale adoption of user activity monitoring would effect, for instance, the ability of officials to communicate with the media on background, or engage in whistleblower activities, or other behavior that is morally and ethically justified but may have an immediate negative effect on the organization.

But none of those outcomes is the direct result of the technology so much as the discretion of future managers. Some bosses are good. Some are bad. In the future, each will be empowered to be more truly what they are.

But that, too, will be impossible to conceal. 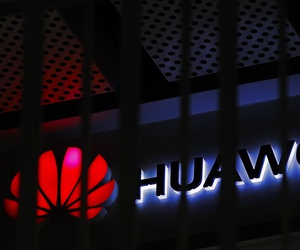 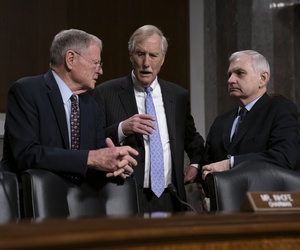 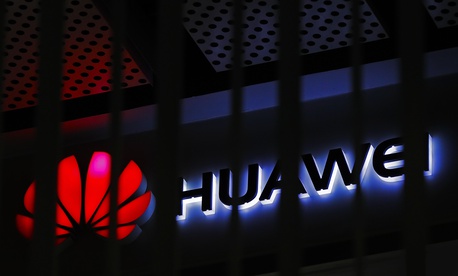 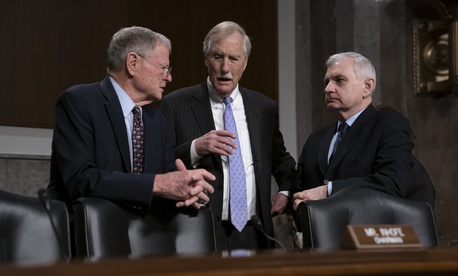