A Marine carries a wounded servicemember on October 23, 1983 in Beirut, Lebanon

Three spectacular attacks targeting U.S. interests in Lebanon, including the 1983 bombing of the Marines barracks in Beirut, introduced Hezbollah to the world. By Matthew Levitt

Thirty years ago, three spectacular attacks in Beirut over an 18-month period announced the debut of a potent new force in Lebanon—the Shiite Hezbollah militia— and defined its relationship with the United States for years to come. The October 1983 bombings of Multinational Force bases took the lives of 241 Americans and 58 French.

Beirut, a city battered by war, was experiencing a period of relative calm in fall 1983. U.S. diplomats and soldiers were still coming to terms with the suicide bombing that struck the U.S. embassy in April, and U.S. Marines wore their combat uniforms everywhere they went—even to social events and diplomatic functions. But to the U.S. Marine commander on site, the threat environment seemed to have eased somewhat. The embassy bombing was seen as an outlier event. Marines were free to roam the city and were interacting with Lebanese children in public without fear of ambush. Beirut was under a cease-fire, and hopes were high for Syrian reconciliation talks. It was the quiet before the storm.

In the early hours of October 23, 1983, a young Lebanese man from a Shi’a family awoke, said his morning prayers, and drank tea. In a suburb overlooking the marine barracks, his superiors shared a few final thoughts with him, after which a senior cleric blessed him before he drove off in a yellow Mercedes truck. At 6:22 a.m., he rammed the explosive-laden truck through the guard post at the entrance to the U.S. Marine Battalion Headquarters Building in Beirut. The blast decimated the four-story, concrete, steel- reinforced structure—considered one of the strongest buildings in Lebanon at the time. A dense, gray ash cloud engulfed the area as emergency vehicles rushed to the scene. Those soldiers lucky enough to escape serious injury quickly mobilized to rescue their fellow marines, sifting through “dust-covered body parts, moaning wounded and dazed survivors.” Seconds later, a nearly identical attack targeted the French Multinational Force (MNF) building less than four miles away.

Lebanon’s devastating civil war, which lasted from 1975 to 1990, hardened divisions among the country’s various sectarian communities. Against this backdrop, the 1982 Israeli invasion and subsequent occupation of southern Lebanon created the space in which Iranian diplomats and agents could help fashion the unified entity Hezbollah from a motley crew of Shi’a militias and groups. Another turning point in the 1980s involved militants targeting not only fellow Lebanese but also the international forces dispatched as peacekeepers to provide the war-torn country with a measure of security. Over time, Hezbollah and Iran’s interests in driving foreign forces out of Lebanon would expand from attacks targeting Western interests in Lebanon to attacks on Western interests abroad.

Over a nine-month period in 1985, the CIA calculated, Iran’s Lebanese proxy groups were responsible for at least 24 international terrorist incidents. Such targets were popular given Iran’s efforts to dissuade countries from arming and supporting Iraq in its ongoing, costly war against the Islamic Republic. Heeding Iran’s call to carry out attacks beyond Lebanon’s borders, Hezbollah would engage in plots throughout the Middle East. By February 1985, the CIA would warn that “Iranian-sponsored terrorism” presented the greatest threat to U.S. personnel and facilities in the region. Inevitably some of the Hezbollah operatives sent to conduct attacks in places like Kuwait were caught, leading Hezbollah to plot bombings, hijackings, and other operations in places as diverse as Germany and the Republic of the Congo in an effort to secure the release of jailed comrades.

In Lebanon, three spectacular attacks targeting U.S. interests over an 18-month period defined the group’s relationship with the United States for years to come. The U.S. embassy was bombed on April 18, 1983, killing 63, including 17 Americans. The driver of the explosive-filled van entered the embassy compound, slowed to navigate a sharp left turn down a cobblestone lane, and then accelerated and crashed into the embassy’s front wall. The seven-floor embassy complex was engulfed in clouds of black smoke that hid the bodies of Lebanese security guards and American government workers torn apart by the blast. Among the dead were the top American intelligence officials stationed in Lebanon, including the CIA’s chief Middle East analyst, Robert C. Ames.

Then came the nearly simultaneous attacks of October 23, 1983, targeting the U.S. Marines and French army barracks, both compounds under the aegis of the Beirut-based Multinational Force sent to Lebanon as peacekeepers to oversee the evacuation of the Palestine Liberation Organization (PLO) from Beirut. Those attacks left 241 Americans and 58 French dead. Less than a year later, on September 20, 1984, the U.S. embassy annex was bombed, killing 24.

The U.S. government had little doubt about who was behind the 1984 attack, even before crime-scene analysis and sensitive source reporting began to flow in. Writing just days after the second embassy bombing, the CIA noted that “an overwhelming body of circumstantial evidence points to the Hizb Allah, operating with Iranian support under the cover name of Islamic Jihad.” For one thing, the suicide vehicle bomb employed had become a trademark of the group. And, the CIA added at the time, “Shia fundamentalists are the only organized terrorists in Lebanon likely to willingly sacrifice their lives in such an attack.” Following the bombing, two callers claimed responsibility in the name of Hezbollah’s Islamic Jihad Organization (IJO). Several times in the year to follow, the CIA noted, anonymous callers in Beirut warned that the IJO planned to continue attacking U.S. interests. FBI forensic investigators determined that the marine barracks bombing was not only the deadliest terrorist attack then to have targeted Americans, it was also the single-largest non-nuclear explosion on earth since World War II. Composed of at least 18,000 pounds of explosives— the equivalent of six tons of dynamite— the bomb demolished the four-story building on the fringe of the Beirut Airport campus, leaving behind a crater at least 13 feet deep and 30 feet wide. So many marines, sailors, and soldiers perished that day that the base ran out of body bags. At the French MNF building, the deaths of 58 French paratroopers marked the French military’s highest death toll since the Algerian war ended in 1962. The eight-story building where the paratroopers were staying was literally upended by the blast.

Imad Mughniyeh, the Hezbollah operational leader and terrorist mastermind, and his brother-in-law and cousin, Mustapha Badreddine, reportedly not only watched the marine barracks bombing through binoculars from a perch atop a nearby building overlooking their neighborhood but also coordinated it. In February 1998, Lebanon’s highest court announced plans to try Hezbollah’s first secretary-general, Subhi al-Tufayli, for his role in the marine barracks bombing, among other crimes. At the time, the CIA assessed that Iran, Syria, and Hezbollah would likely help Tufayli escape so he could not “implicate them in a variety of illegal activities, including terrorist operations against U.S. citizens.” He was never tried. Another suspect was Mohammad Hussein Fadlallah, a leader of the Lebanese Shi’a community often described as one of Hezbollah’s founding spiritual figures.

In 1986, the CIA reported that Fadlallah “has long been recognized as the spiritual leader of and political spokesman for Lebanon’s Shia Hezbollah.” Fadlallah’s stature, the CIA added, grew “along with Hizballah’s political and military influence.” Fadlallah “benefited from and contributed to the growing extremism in the Shia community by his bold sermons attacking Israel and, later, the presence of the Multinational Force in Lebanon.” Lebanese Shi’a were inspired by the Iranian revolution to seek an Islamic state in Lebanon, and Fadlallah valued his ties to Iran, in large part because of the significant military, financial, and political assistance Tehran provided to Hezbollah. This assistance helped forge a powerful and potent militant Shi’a group out of several smaller groups.

But over time Fadlallah’s relationship with Iran changed. Fadlallah never fully embraced the Iranian revolutionary concept of velayat-e faqih (rule of the jurisprudent), which, according to a 1986 U.S. intelligence report, “virtually equates Khomeini with the Mahdi— the 12th Imam who is in occultation.” As much as Fadlallah sought an Islamic state in Lebanon, U.S. intelligence analysts concluded he also recognized the need to maintain the country’s religious diversity within an Islamic context. But other, more radical voices within Hezbollah, like the up-and-coming security official Hassan Nasrallah, the CIA warned, promoted a maximalist program in which an Islamic republic in Lebanon would presage a pan-Islamic movement spanning the entire Muslim world. “In our view,” the analysts wrote in 1988, “Nasrallah does not represent the mainstream of the movement.” Four years later Nasrallah would rise to the leadership of Hezbollah, moving the group’s mainstream sharply to the right. 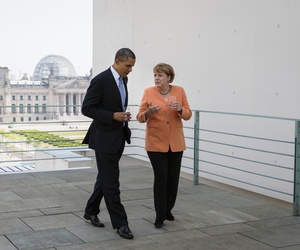 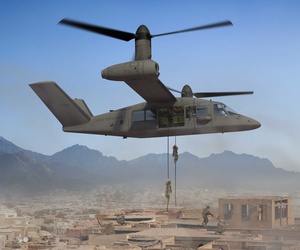 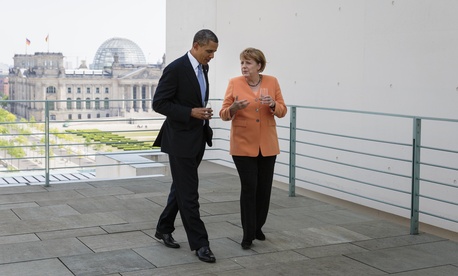 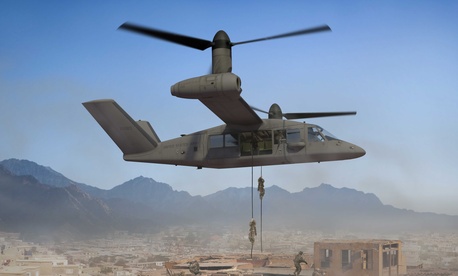