As allies' search-and-rescue limitations come under the spotlight, it increasingly appears that the U.S. will be the primary actor in the air war against ISIS until the very end.

Today, the New York Times reported that the United Arab Emirates (UAE) suspended airstrikes against the Islamic State in Iraq and Syria (ISIS) in December, “citing fears for its pilots’ safety after a Jordanian pilot was captured.” The article states that the UAE will not participate until U.S. V-22 Osprey aircraft are based in northern Iraq, rather than Kuwait where they reportedly are now, so they can respond faster to execute a combat search-and-rescue operation to recover a downed pilot. The reason those V-22s are not in northern Iraq is that the airbases located there cannot be adequately secured from the potential threats from ISIS rocket, mortar, and small-arms attacks. Raising the overall level of the security of an airbase, including the approach and departure corridors, in order to station such a valuable air asset would require an estimated three to four hundred American troops.

To be completely clear, the UAE is demanding that the United States place its troops at greater risk of being killed—in order to reduce the risks to its own pilots—before it will recommence airstrikes against ISIS. The UAE has two fleets of its own AW109K2 and AW139 combat search-and-rescue helicopters that it could station in Irbil, most likely, with Iraq’s permission. These are less capable than V-22s, but they could be used by the UAE if it wanted to immediately assure the safety of its pilots. Understandably, it would rather pass the risk on to U.S. troops and V-22 pilots. 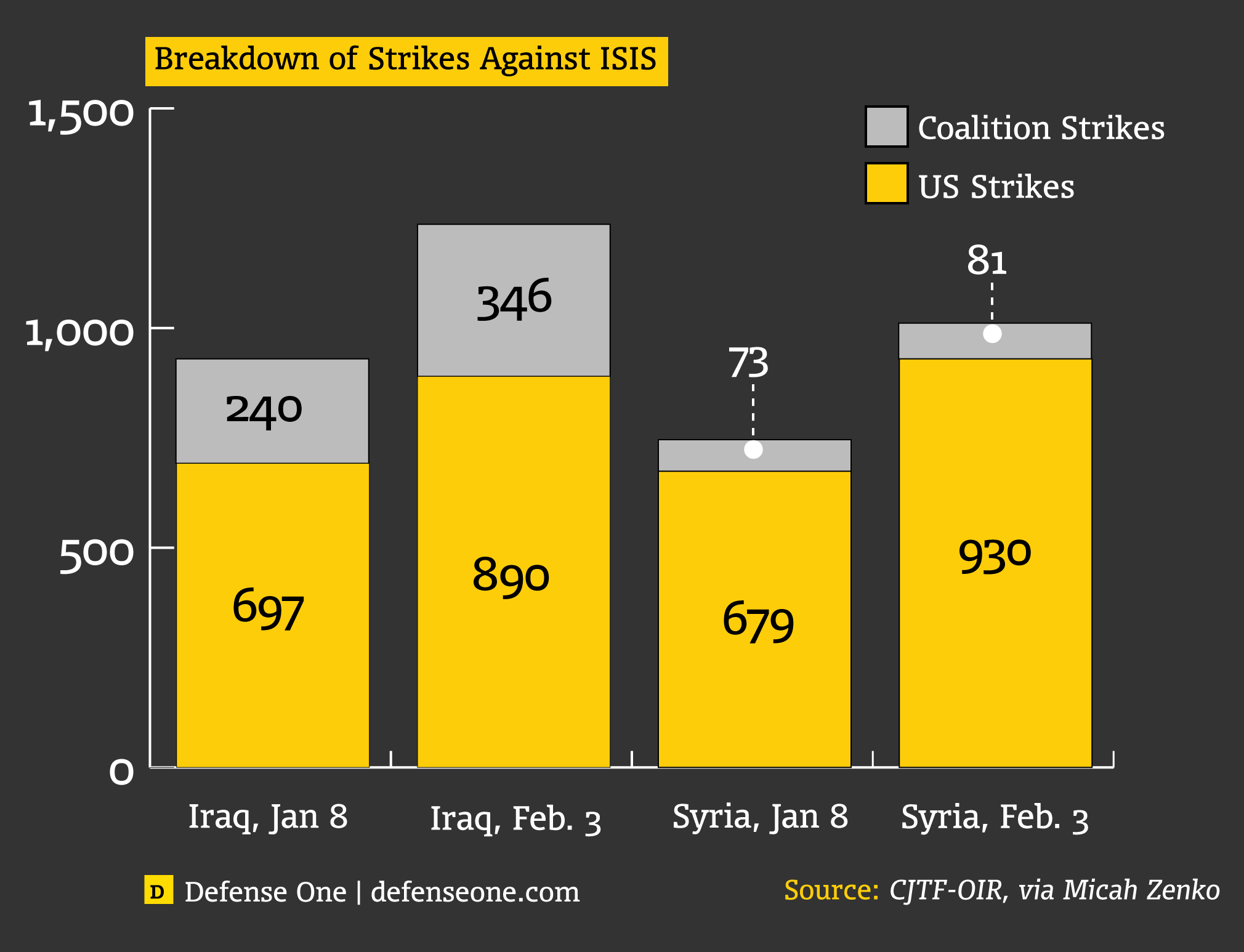 The UAE’s behavior is one of those expected dynamics of coalition warfare that I pointed out in October: Partners quit or significantly reduce their participation in direct military operations, impose strict limitations on how and where their combat forces will be deployed, and make demands of the more wealthy and powerful coalition partners in order to maintain their participation.

Pentagon spokesperson Rear Adm. John Kirby insisted yesterday, “Let me just more broadly respond to the idea that this is the United States’ war. It’s not. And I think a coalition of sixty nations proves that it’s not.” Indeed, many countries have declared some degree of support for the counter-ISIS coalition, but this is impossible to evaluate as this happens through unobservable and slow-acting policies. The commitment of providing kinetic military power is the most meaningful and consequential action that coalition members can take. Dropping bombs is immediately responsive, destructive, and relatively easier to document.

How have the initial promises of the broad-based military coalition turned out? Yesterday, the Combined Joint Task Force- Operation Inherent Resolve (CJTF-OIR) which oversees operations against ISIS, graciously provided us with the updated data listed below. Note that the U.S. share of the burden has increased since September, when Maj. Gen. Jeffrey L. Harrigian stated that the United States had conducted 74 percent of the 240 strikes against ISIS. Though there was no country break up provided in September, CJTF-OIR told us that the United States has provided 92 percent of the 1,011 strikes in Syria and 72 percent of the 1,236 strikes in Iraq. As the air war of attrition against ISIS continues, it is safe to assume that America will increasingly become the predominant actor in the air component of this military fight.

NEXT STORY: Jordan’s Retaliation Is the Real Arab Awakening the Pentagon Has Been Waiting For