Our 'pivot to Asia' doesn’t need to be anchored by a new preferential trade agreement with China.

The Trans-Pacific Partnership (TPP) is now being touted as the answer to U.S. security concerns with the People’s Republic of China. This is just the latest argument from TPP proponents to advance fast track trade negotiating authority in Congress and to ease passage for the TPP under expedited and preferential procedures. Unfortunately, this argument just doesn’t hold up to scrutiny.

TPP won’t address any of that, however. Proponents who argue that the TPP is vital to countering China’s ambitions are ignoring the fact that those countries aren’t rushing into China’s embrace. In fact, just the opposite is true. Several of the TPP participants are more interested in stronger alliances with the United States which aren’t dependent on preferential trade relations and new trade agreements. In essence, they need the United States as a counter to China, and the TPP is not a factor in assessing the risks that China poses. Our “pivot to Asia” doesn’t need to be anchored by a new preferential trade agreement.

Indeed, Secretary of State John Kerry recently reaffirmed the U.S. commitment to Japan’s defense which he said was “iron clad.” Japan announced new U.S.-Japan defense guidelines with that country taking on an expanded role. The TPP did not secure that change in Japan’s defense posture; self-interest did. The U.S.-Japan security relationship is the strongest it’s been in decades.

In some ways, the increasing investment by U.S. companies in TPP countries identified as an objective of the agreement by the United States might diminish our foreign policy and national security flexibility. Our experience in China provides some guidance. Because of the vast investments by U.S. companies there, they have often acted as lobbyists for the PRC because they are worried about protecting their investments. We can expect that, as U.S. company investments in the TPP countries increase, the potential for our firms to “protect” their investments by advocating for the interests of their host country might be counter to some of our foreign policy or national security interests. If a TPP country, for example, wanted to provide expanded access to port facilities for Chinese vessels at a time when they were adverse to U.S. security interests, our companies might put pressure on their friends in Congress and the U.S. government to moderate their views in support of the TPP partner.

This isn’t unheard of. U.S. multinational interests argued against imposing strict sanctions against China after the Tiananmen Square massacre. They lost that battle as the students, joined by others, stood up to their government and the Clinton Administration had no choice but to act. The bravery of the students trumped the interests of corporate America, but people shouldn’t have to put their lives on the line to advance their cause.

China’s increased military spending is also, in part, fueled by its massive currency manipulation, which has allowed China to build enormous currency reserves and has helped fuel its economic success. Addressing currency manipulation in the TPP has been deemed off limits by U.S. negotiators, signaling to China and others, that the subsidized Chinese exports can continue to support budget expenditures on military modernization.

Finally, the further dispersion of supply chains puts our national security at risk by creating the potential for increasing procurement of materials for our military from outside the United States. The offshoring and outsourcing of production has an impact on the defense industrial base, ranging from loss of capabilities to reduced skill levels to diminished R&D. Supply chains are vulnerable to natural disasters as well as human events. Of course, the U.S. is not going to be totally independent in meeting its defense procurement needs, but the domestic defense industrial base is at risk and TPP has the potential to further undermine our domestic capabilities.

It’s been a long time since advocates for the TPP tried to sell the agreement as a net job creator for America. Yes, exports may increase, but imports will certainly increase as well and, if history is a guide, our trade deficit will increase. Deficits are not a sign of strength–if they were, every nation would be trying to run them. Deficits diminish economic growth which is one of the foundations of a strong nation.

Our alliances and relationships in the region are strong and aren’t at risk. Self-interest is promoting a deepening of those relationships and a new trade agreement might, over the long term, actually undermine our national security interests. TPP should be judged based on its core economic value to the United States and for how it will improve domestic production and employment and strengthen the middle class. Raising false security arguments only highlights the significant limits of the underlying agreement. 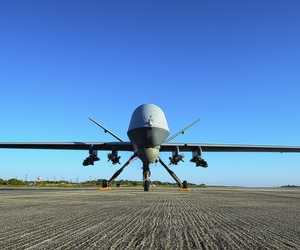 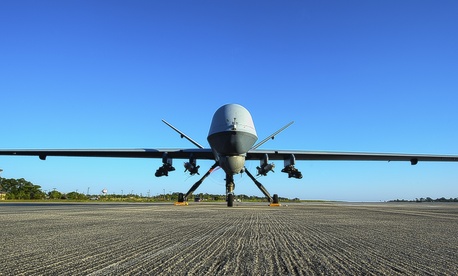