Innovation, Partnership Help Lockheed Martin Take Long-Range Missiles to the Next Level
Skip to Content
Get all our news and commentary in your inbox at 6 a.m. ET.
Threats
The US Air War in Afghanistan Is Nearing Surge-Era Intensity

The latest figures from Air Force Central Command show that more bombs are being dropped than have been in nearly seven years.

Even before the Trump’s administration’s new strategy for the war in Afghanistan has been fully implemented, the air campaign there has already become more intense than it’s been at any point since the 2010 surge, new data shows.

Last week, Defense Secretary Jim Mattis announced two changes to the U.S. approach that effectively mean more opportunities for U.S. airstrikes in the country: relaxed rules of engagement that allow U.S. forces to target more Taliban members and other extremists, and a decision to embed U.S. trainers at lower levels in the Afghan military. Those were some of the more tactical aspects of the new strategy, which aims to bring the Taliban to the negotiating table. In a pair of hearings on Capitol Hill, Mattis and Joint Chiefs Chairman Gen. Joseph Dunford spelled it out for lawmakers hungry for details on the latest approach to America’s longest-running war.

Increased U.S. and NATO close air support “will make the Afghan army bolder and will give them militarily more opportunities to take the fight to the enemy,” Mattis told the Senate Armed Services Committee on Oct. 3. “And that would be the way, by taking the fight to the enemy, that we convince the Taliban you’re not going to be able to win this by killing.”

Those changes have reportedly not yet made it all the way into the field. But the air campaign is already reaching levels not seen since President Barack Obama surged U.S. and partner forces in late 2009 and 2010. 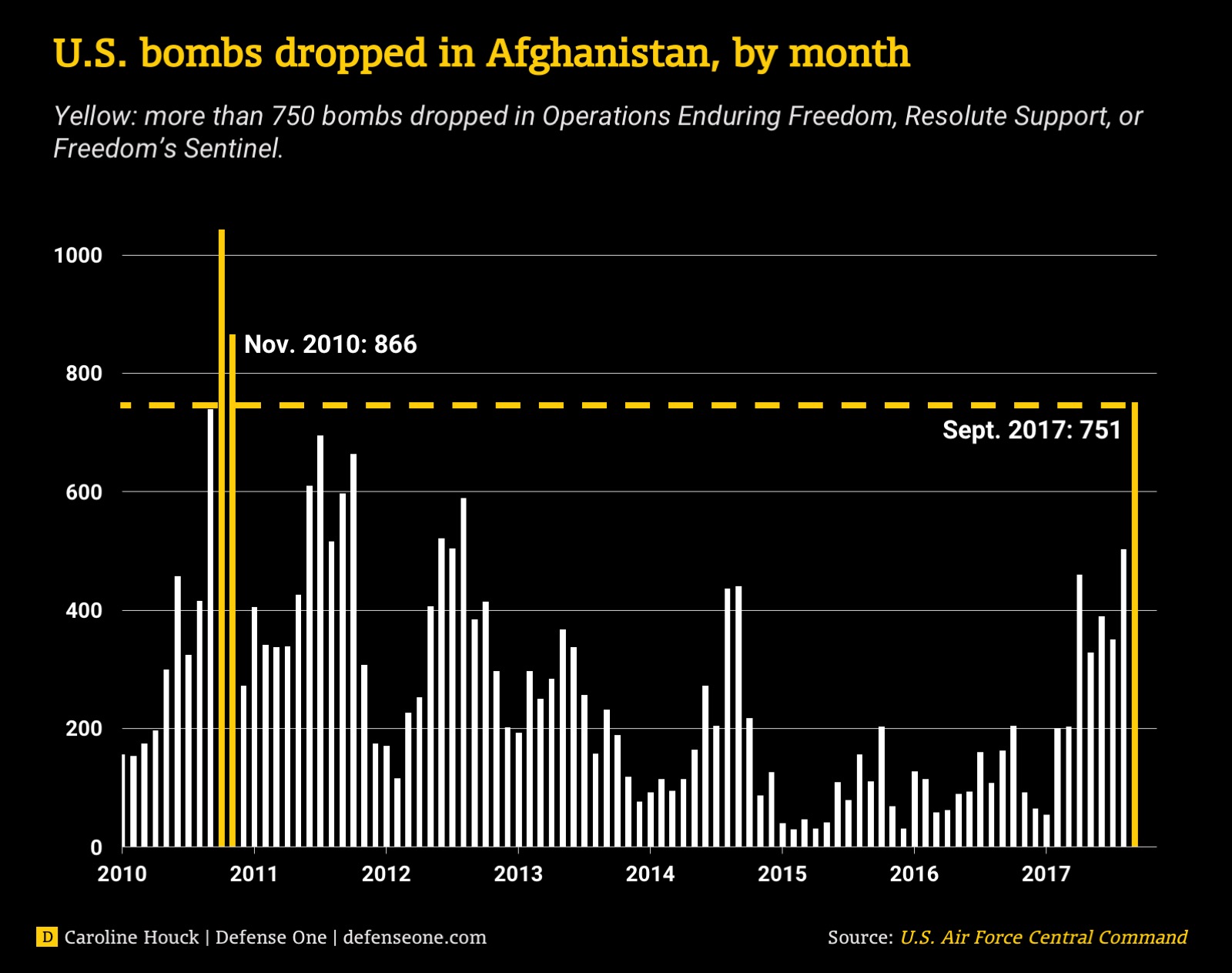 In August, the U.S. Air Force dropped more than 500 bombs as part of Operation Enduring Freedom. That was a five-year high, but September’s total eclipsed it: 751 bombs. That’s more than in any month since November 2010, according to the latest figures released by Air Force Central Command.

That more-active air war is reflected elsewhere in the data. Although the Air Force is on pace to fly fewer sorties this year than in 2015 or ’16, a higher percentage of its 2017 sorties saw the aircraft drop at least one weapon. 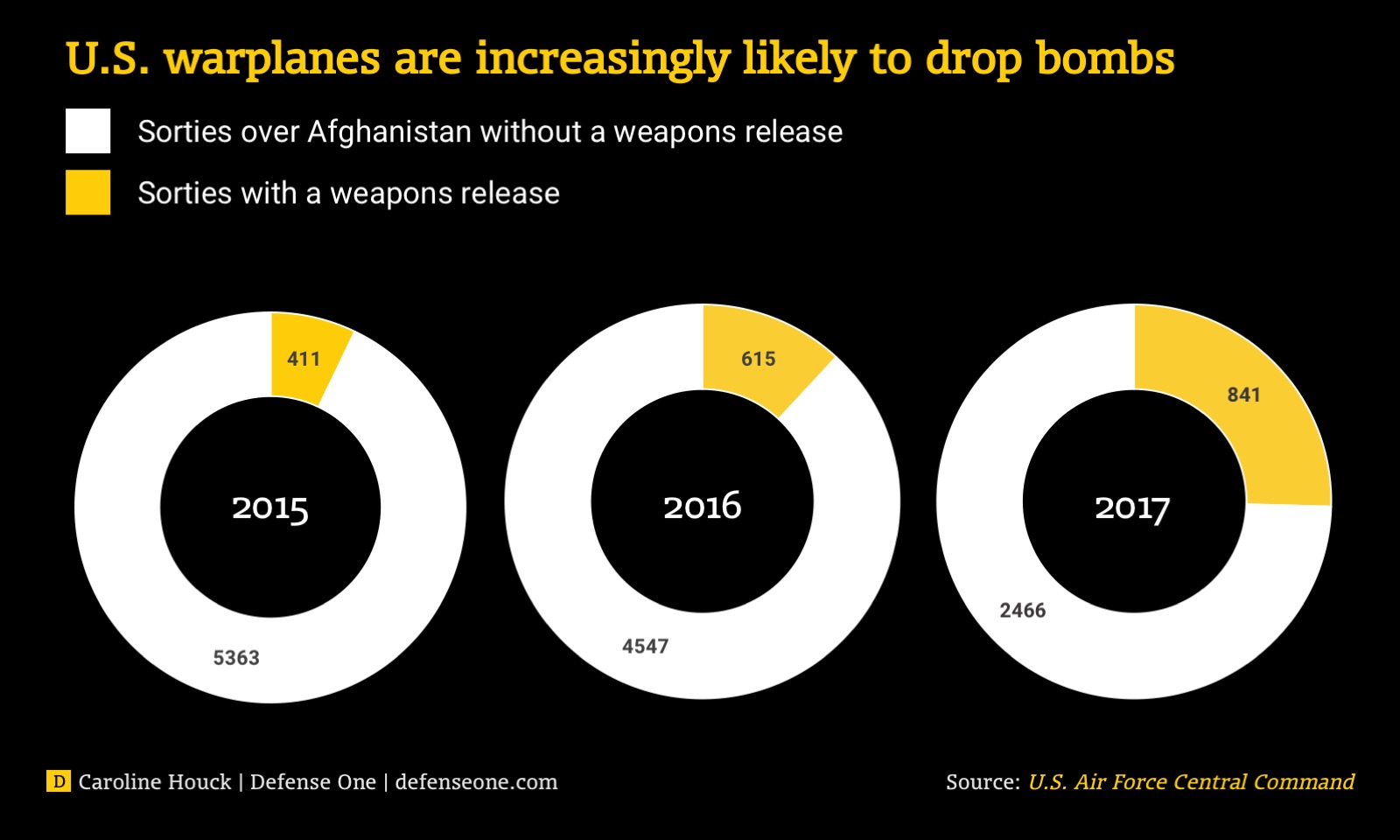 U.S. leaders say there’s more to come. Over the weekend, Gen. John Nicholson, the top U.S. commander in Afghanistan, promised “a tidal wave of air power is on the horizon.”

NEXT STORY: Mattis to the brass: talk to the media; N.Korea steals US-S.Korea war plan; Social-media sim trains troops for modern war; Las Vegas hero Marine gets a truck of his own; and just a bit more...