The long-awaited report calls for technology development, but stops short of calling for the deployment of hypersonic interceptors and space-based lasers.

The Pentagon is planning to create a missile shield to protect the U.S. from low-flying Russian and Chinese cruise missiles using a mix of interceptors, fighter jets, satellites and radars, the Trump administration announced Thursday.

The plan — laid out in the administration’s long-anticipated Missile Defense Review — stops short of calling for the deployment of hypersonic interceptors and space-based lasers, controversial weapons that reportedly been under consideration. Instead, the review calls for spending more to develop technologies that could be used in these types of weapons.

“They deferred all of the hard things,” said Thomas Karako, a missile defense expert at the Center for Strategic and International Studies. “They could still do something pretty substantial, but the significance of the pivot here is kind of at the level of theory and declaratory policy,” he said. “The department could go do some more things, but there has to be some active decision to do that and they haven’t done that yet.”

Related: How America Protects Its Citizens From Ballistic Missiles

The Missile Defense Review notes that the Alaska missile field at Fort Greely “has the potential for up to an additional 40 interceptors,” but it stops short of calling to install them. It also alludes to creating a third base of missile interceptors in the continental United States to fight off future Iranian ICBMs, but said a “decision to do so, and site selection, will be informed by pertinent factors at the time, particularly emerging threat conditions.”

Sen. Dan Sullivan, R-Alaska, whose home state houses these interceptors and a radars that would detect and track missiles, said he was surprised the administration did not move ahead with a third missile interceptor site.

The report also says the U.S. could use its AEGIS Ashore missile interceptor test site in Hawaii to defend the islands against North Korean missiles, but stops short of doing so.

“This is a high-level document. It’s looking more toward development of technology and capability than just specific systems and specific sites,” Rep. Mike Turner, R-Ohio, said after President Trump announced the results of the review at the Pentagon. “I think that’s what’s important, is this shift that we’re having of we’re going to have increased investment, increased focus and the focus on technology.”

The North American Aerospace Air Defense Command, NORAD, is “pursuing a three-phased plan to improve the defense against cruise missiles for the United States and Canada.” It talks about how the military is upgrading warplanes with new sensors that can track cruise missiles.

“Adapting existing capabilities to perform new missions for homeland and regional missile defense will also be necessary,” the report states.

Radar and sensors on the F-35 Joint Strike Fighter “can track and destroy adversary cruise missiles today,” the report states. In the future, the warplane “can be equipped with a new or modified interceptor capable of shooting down adversary ballistic missiles in their boost phase.

Karako said the cruise missile defense work by NORAD had already been under way.

“There’s a lot more than can be done,” he said.

Specifically, the report talks about plans to “bolster homeland defenses against cruise missile threats” to Washington, DC, which could be expanded to encompass the rest of North America. While it doesn’t go into details, the military officials have been sounding the alarm on threats to U.S. cities from cruise missiles.

“NORAD is expanding surveillance capabilities around the [Washington, DC, region],” the report states. It plans to “incorporate emerging technology and explore new options to expand surveillance and tracking of cruise missiles for the rest of North America.”

In a July interview, Raytheon CEO Thomas Kennedy touted the company’s NASAMS interceptors, which defend against low-flying objects, like cruise missiles and drones.

“We’re expanding that system because of the evolving threat,” Kennedy said. “We’re introducing something called AMRAAM-ER, it’s an extended-range AMRAAM that will significantly enhance the capabilities of our NASAMS systems.”

NASAMS interceptors are positioned around Washington, D.C., to defend against aircraft. Oman has purchased the interceptors as well.

In 2015, there was talk of using aerostats with radars to detect cruise missiles. The project gained widespread notoriety when a test blimp in Maryland broke free from a tether to the ground and floated north before deflating in Pennsylvania.

Now the Pentagon is focusing on using a new constellation of satellites to detect missiles. 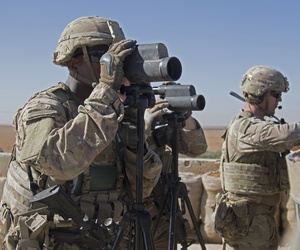 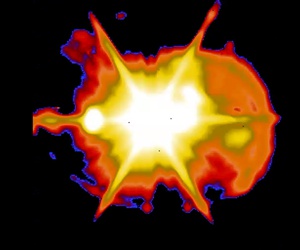 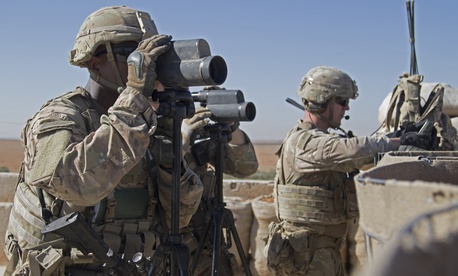 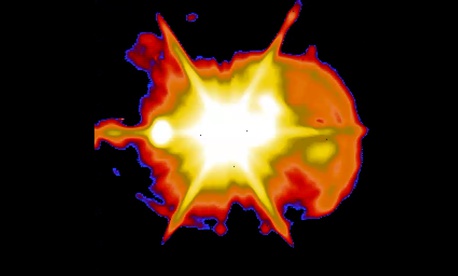