Several thousand demonstrators gather in Oakland, Calif., on Monday, June 1, 2020, to protest the death of George Floyd, who died after being restrained by Minneapolis police officers on May 25.

As thousands of Americans took to the streets over the weekend to protest the death of George Floyd in police custody, public health experts and elected officials worried that the multiple mass gatherings could lead to a surge of coronavirus cases at the moment the country is poised to begin reopening.

“There’s going to be a lot of issues coming out of what’s happened in the last week, but one of them is going to be that chains of transmission will have become lit from these gatherings,” former Food and Drug Administration commissioner Scott Gottlieb said Sunday on Face the Nation. “So this country isn’t through this epidemic. This is continuing to expand but at a much slower rate. But it’s still expanding and we still have pockets of spread in communities that aren’t under good control.”

The protocols of protection during the coronavirus pandemic—maintain physical distance from other people, wear gloves and a face covering, wash your hands frequently, stay home when possible—have proven difficult to follow at crowded protests, where demonstrators have joined hands, gotten in close confrontations with police and shouted slogans. Public health experts have encouraged protesters to cover their faces and, when possible, stay 6 feet apart, though some acknowledged that advice would likely be impractical at most protests.

“We strongly encourage anybody who is out in the protests to wear a mask, practice proper hand hygiene and, to the extent possible, socially distance, though we know that’s not always going to be feasible,” Dr. Theodore long, head of New York City’s contact-tracing program, told the New York Times.

Related: ‘Reopen’ Protestors Are A Minority Whom Public-Health Experts Say Threaten the Majority

In Atlanta, Mayor Keisha Lance Bottoms told protesters to get a Covid-19 test this week, saying at a news conference Saturday, “There is still a pandemic in America that’s killing black and brown people at higher numbers.” Denver Mayor Michael B. Hancock offered free Covid-19 tests for protesters, tweeting, “We are still in the middle of a pandemic and we want to protect our residents’ health.” On Sunday, Maryland Gov. Larry Hogan told CNN there was “no question” that protests would lead to an increase in coronavirus cases, but that that problem was the “next step” for officials who are currently focusing on calming unrest and sometimes violent protests in their cities.

In other places, protests affected citizens’ ability to get tested. Los Angeles Mayor Eric Garcetti shut down the city’s testing centers Saturday afternoon, saying there were safety concerns related to protests across the area.

“We need to make sure, especially in communities that have less power, that we are able to make sure people don’t disproportionately die because of the color of their skin,” he said. “We can’t do that when the city breaks down.”

Other officials worried that the breakdown of trust in government would further hinder the country’s ability to move past the pandemic. A successful public health campaign relies heavily on citizens’ ability to believe and obey what government agencies are advocating, which may prove more difficult in some communities as protests over systemic racism continue to rage, said Dr. Sandro Galea, dean of the Boston University School of Public Health.

“These events that are happening now are further threats to the trust we need,” Galea told the Associated Press. “If we do not have that, I worry our capacity to control new outbreaks becomes more limited.” 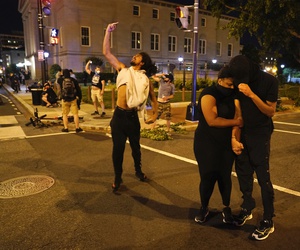 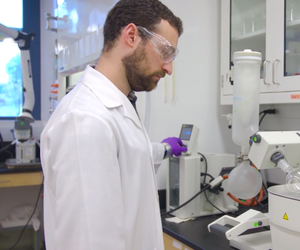 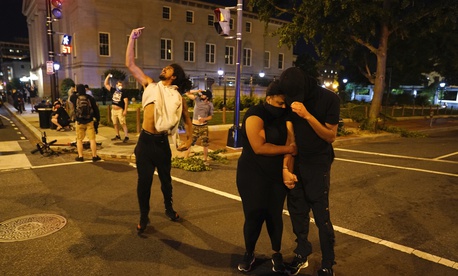 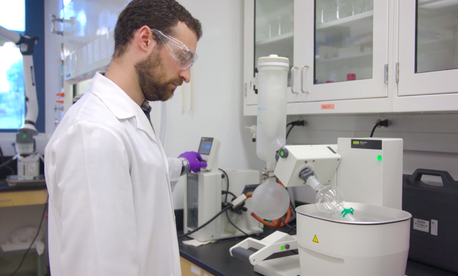