Exclusive Interview: DIA Director Flynn on Why Special Ops Will Keep Us From War

DIA's Lt. Gen. Michael Flynn talks about his mission to reform military intelligence and why al-Qaeda is metastasizing. By James Kitfield

Next year the United States will withdraw its last combat troops from Afghanistan, ending more than a decade of conflict in that country. The threat from the core al Qaeda group that originally drew U.S. forces there after the September 11, 2001, terrorist attacks barely exists. Al Qaeda’s extremist ideology has metastasized, however, spread by affiliates thriving in an arc of instability and conflict that now stretches from Southwest Asia through the Middle East and all the way to Africa.

To better understand the nature of that threat and the lessons of a decade of war, Defense One contributor and National Journal senior correspondent James Kitfield spoke with Lt. Gen. Michael Flynn, director of the Defense Intelligence Agency. Flynn, as the former director of intelligence for Joint Special Operations Command during its fight with al Qaeda in Iraq, and as the former director of intelligence for U.S. and allied forces in Afghanistan, is arguably more familiar with the evolving al Qaeda threat than anyone else in the U.S. government.

Defense One: Recently we have seen a resurgence of al Qaeda in Iraq, which is responsible for the death of more than 5,000 Iraqis this year in the worst violence in that country since 2007. Its affiliate, the Islamic State of Iraq and Syria has captured territory in northern Syria in the midst of that’s country’s civil war. Just this past year we’ve also seen Al Qaeda-linked groups capture parts of Mali, slaughter hundreds of civilians in Nigeria, and plot attacks on the U.S. homeland from Yemen. After a recent terrorist massacre of more than 60 civilians in an upscale shopping mall in Kenya, your former colleagues in Joint Special Operations Command also launched a commando raid against the al Qaeda-linked terrorist group al-Shabab, in Somalia. Are you surprised we’re seeing such a proliferation of these al Qaeda-linked groups?

Flynn: No, I’m really not surprised at all. Some experts call these people ‘fundamentalists,’ but I know fundamentalists. I’m a fundamentalist myself at times. But there’s a big difference between a fundamentalist and an extremist who is willing to use violence to advance their agenda, so we should be careful about how we define this adversary we face. I would recommend to you a book called “The True Believer” [Thoughts on the Nature of Mass Movements, by Eric Hoffer]. In that book, the author discusses the psychological causes of fanaticism. That’s what we’re dealing with in this fight: true believers. And there are sufficient numbers of them at this point that it will be really, really difficult to change their belief system.

Defense One: Even after a decade of U.S. efforts to destroy al Qaeda?

Flynn: I still think this is a growth market, simply because the places around the world that are really challenged in trying to take care of their societies and their people are growing. In one of my presentations, I show slides which note that as recently as 1900 there were only 16 cities in the world with a population of over 1 million people, all of them roughly in the northern hemisphere. By 2010 there were 442 cities worldwide with a population over 1 million, and that number is projected to grow to 700 megacities by 2050, with the vast majority in the southern hemisphere in places with weak governance and high unemployment. Some of these regions are stagnating from a sheer lack of talent to even stand up a government. That rapid urbanization will put an emphasis on military operations driven by intelligence and precision.

Defense One: Do conflicts exacerbate that growing trend towards extremism and militancy?

Flynn: Yes, we’re seeing that danger in the Syrian conflict. Some of the foreign fighters in Syria will go back to their own countries at some point, and they will not only have a voice, but they will have credibility with many young people. We’re already seeing that in the Middle East, in South Asia and in Africa. So we have to acknowledge that the operational environment is fundamentally changing. The threat is not just al Qaeda.

Defense One: How do you see the threat continuing to evolve?

Flynn: Extremist networks are proliferating around the world, and we’ll have to deal with them with all elements of our national power. In terms of U.S. military power that means the need for Special Operations Forces is growing, which everyone accepts. Special Operations Forces are kind of our “pre-conflict” military force, not only in terms of direct action types of operations, but also in working with partner nations and building partner capacity. And the DIA and the rest of the intelligence community have a huge role to play in empowering those Special Operations Forces in their pre-conflict and pre-crisis role, because we don’t want to veer towards outright conflict. The closer you get to open conflict, the higher the risk, the fewer the options and the greater the costs for the country.

Defense One: In recent operations a U.S. team that reportedly included CIA and Special Forces members captured a senior al Qaeda operative in Libya, and the Special Forces commando raid in Somalia was preceded by FBI forensic analysis of the mall in Kenya where scores of civilians were murdered. Does that mean that the multiagency model of counterterrorism operations that you and former JSOC Commander General Stanley McChrystal pioneered with task forces in Iraq and Afghanistan will survive those wars?

Flynn: Yes. The integration of the intelligence community with Special Forces and law enforcement is the new normal in counterterrorism operations. The big lesson we all took away from more than a decade of war is the necessity of close integration. We know that the sum of our collective parts is far greater if we work together, rather than stay in our little stovepipes competing with each other for that ‘golden nugget’ of intelligence. Beyond that interdependence, another big takeaway from these battlefields is the absolute necessity of fusing intelligence and operations into a seamless cycle where one constantly feeds the other. That was the only way we were able to get smarter and faster than an incredibly adaptive enemy.

Defense One: When you were director of intelligence in Afghanistan in 2010 you wrote a famous paper suggesting that in chasing terrorists through the trees, as it were, the U.S. military and intelligence apparatus had essentially lost sight of the greater forest. Do you stand by that?

Flynn: Yes. It goes back to General McChrystal’s recognition that this exquisite capability we developed for targeting individual terrorists and extremists was not really a war-winning capability. It can definitely buy you time and apply pressure on the enemy, and enable other progress. But after conducting two listening tours in Afghanistan it occurred to me that, God, after years of honing this ‘capture or kill’ capability, I know the enemy like the back of my hand, but I don’t know the larger operational environment in which he travels. Developing a war-winning strategy for the large-scale conflicts we just found ourselves involved in — and will find ourselves involved in sometime in the future — requires an understanding of the underlying forces, people and cultural dynamics. Which brings me to the number one lesson learned from the past decade of conflict: the lack of understanding of the operational environment led to a mismatch in the resources and capabilities that we applied to that environment. In some instances we applied kinetic force, for example, in an environment that didn’t respond well to it.

Defense One: To better understand the operational environments in regions where the United States might become involved you’ve proposed increasing DIA’s human intelligence gathering capability with a Defense Clandestine Service. Are you surprised some people in Washington view that as a power grab at the CIA’s expense?

Flynn: From the beginning that effort has been mischaracterized. The Defense Department has been involved in human intelligence collection forever, though in the 1990s some of that capability was eliminated and we found at the beginning of this war that we needed more. Almost everyone at the senior leadership and operational level also understands that we need more of that fingertip feel that only comes from having people who are willing and able to operate in those challenging environments, and some of them have to be military people who are responding to Defense Department and military priorities.

But somewhere in the middle management and staff level there are people in some agencies who just don’t like the idea. They’ve thrown out totally wrong numbers, saying we’re going to add thousands of new people who will encroach on the turf of national intelligence agencies. In actual fact, the Defense Clandestine Service will be tightly coordinated with our national human intelligence collection partners. Nor have I asked for an extra dime or a single extra person. All I have asked for is time to put discipline behind this initiative, and to build a cadre of leaders. Because my experiences of the past ten years suggest that we need to retool our human intelligence tradecraft.

Defense One: Given what we know of the National Security Agency’s massive signals intelligence gathering as a result of the leaks of former contractor Edward Snowden, is there a danger that the human intelligence side of the equation has gotten shortchanged?

Defense One: With the Afghan war winding down and defense budgets being slashed, do you worry that some of the important lessons from this decade of conflict will be lost as bureaucracies reassert themselves in the inevitable fight for scarce resources?

Flynn: I don’t worry about people in the field or forward-deployed military organizations forgetting those lessons. What I do worry about is Washington D.C., because bureaucracies in this town act in funny ways. There’s this tendency to view Washington as at “the center” of things, with everything else happening out there on “the edge.” But the edge is where really important things are happening, which means we need to change the mindset in Washington. Those people and organizations in the field should be seen as the center of gravity. We need to make them the centerpiece of everything we do. 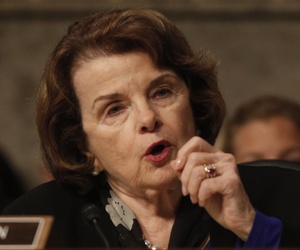 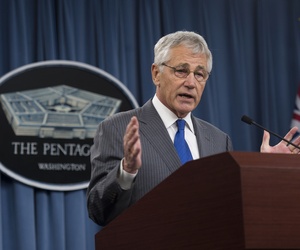 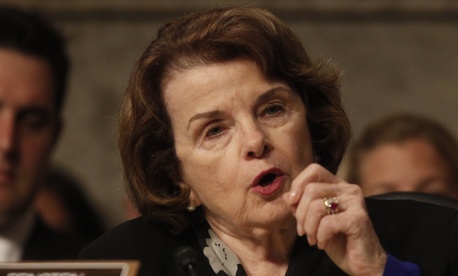 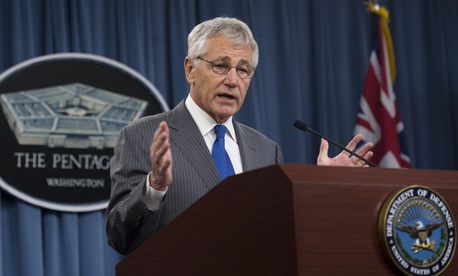