Office of the Secretary of Defense

There is billions of dollars worth of bloat in the DOD's back offices. Trimming that would be a great start. By Eric Schnurer

Just announce the closure of an entire police or fire station.

As the Chicago Tribune reported not long ago, “‘Everybody on the City Council is in favor of facilities consolidation until they start to talk about the police station in their neighborhood,’ said Ald. Ricardo Munoz, 22nd, who added that he would fight attempts to close the station in his ward.”

Since protecting citizens’ lives is the first duty of government, public-safety functions are usually the last to feel the effects of tightened budgets. This is especially true at the federal level, where cuts to the defense budget are generally portrayed as assaults on the nation’s very existence. There are a variety of reasons to tread softly on any sort of defense cuts: You only get to err by under-defending the country once. The battlefield edge today, and even more so in the future is a product of advanced—and expensive—technologies. Those who put their lives on the line for the rest of us deserve the best equipment and protective gear, and the most reasonable pay and benefits, that we can afford.

But does that mean that we cannot cut the defense budget without short-changing national security? To hear some tell it the answer is “no.” But the Defense Department is part of the same government that most Americans abjure for its inefficiency, waste, and fraud. In fact, you can find just about everything that’s wrong with government in the defense budget. Oklahoma Republican Senator Tom Coburn, no liberal, has derided the Pentagon as the “Department of Everything” for its wide-ranging activities.

Fortunately, there are ways to cut defense spending without hurting military capabilities. Besides maintaining its war-fighting capability, DoD, like any entity, maintains a back-office bureaucracy to oversee its business functions. That overhead accounts for roughly 40 percent of its budget. It’s hard to compare different industries, or even government agencies, but one examination of 25 industries showed average overhead rates ranging from 13 to 50 percent, with the average across all industries being 25 percent. A RAND study of overhead and administration costs among defense contractors found them to be “tremendous drivers” of weapon costs at 35 percent. The largest domestic programs—Social Security and Medicare—get by with costs in the single-digits.

Cutting Pentagon overhead to the average would save roughly $80 billion a year. Looked at another way, the department employs 800,000 civilians. Not only is that more than the population of four states, it’s not quite half of all civilian federal employees, more than twice as many as the next-largest agency (Veterans Affairs), four times the number of civilian employees at the Department of Homeland Security and basically the size of all the remaining federal agencies combined. Think there might be some savings possible there?

And that understates the “back office.” There are also 560,000 active-duty military personnel who “never deploy,” and an estimated 700,000 “ghost” civil servants—contractors doing government jobs—meaning that as many as 2 million people who will never face the enemy are on the Pentagon payroll. Coburn has called for staffing a quarter of these jobs — handling supply chain, transportation, human resources, and communications services—with cheaper civilian employees, which would save $5 billion annually. When Defense Secretary Chuck Hagel launched a Strategic Choices Management Review earlier this year to study the impact of further budget reductions on the department and to develop options to deal with additional cuts, four leading defense think tanks conducted an analysis of their own to find cuts. Each of the tanks recommended reducing the Pentagon’s civilian workforce, by amounts ranging between 10 and 27 percent.

Are cuts of this size really possible in the defense budget without affecting military readiness? As Gordon Adams, a professor at American University and former White House defense adviser, writes:

If the secretary and the services want to protect the point of the spear (combat forces) and make sure it is nice and sharp (investment), they are going to have to tackle overhead, for real. And the back office scrub needs to be something a lot more serious than the usual budget drill .…

It means doing better than just “guessing” how many contractors are sitting at Pentagon desks and really counting them. And then deciding whether they are needed and those jobs really need to be done.

It means going with a scrub brush through all those civilian and commercial functions active-duty forces are performing, and making the same kind of decision about whether the military should be doing it, whether a civilian could do it more cheaply, and whether it needs to be done at all.

And it means doing the same with the civil service .…

And it means the scrub has to include not only the people in back office functions, but the back offices themselves. Which command flags can go, which offices are performing duplicative functions, which ones no longer have a mission?

(His full piece is worth reading.)

In fact, this is exactly the same “performance review” process we’ve discussed in the context of the entire government. Applying the standard 5 percent performance improvement that we’ve found in those contexts to just the civilian portion of just the Pentagon’s back-office operations would provide savings of roughly $6 billion—pretty close to Coburn’s proposed figure.

Hagel’s review didn’t even look at the civilian workforce. Instead, the secretary projected defense cuts of a half-trillion dollars in military capability over the next decade; not surprisingly, there has been gnashing of teeth over the supposed threat this poses to the nation’s security. For example. Michael O’Hanlon of the Brookings Institution argued that it “would simply cut the U.S. military too much for the dangerous world in which we live”. Adams notes that—as with police and fire station closings—“[i]n the average defense drawdown (and that is where we are heading), we cut dollars invested for hardware purchases and we cut forces more deeply than we cut the budgets that support the back office.”

Cuts that are “disproportionately high,” as National Journal’s Sara Sorcher recently wrote, will “have to come from research, development, and procurement accounts—perhaps as much as 20 percent.” There are, of course, opponents of any number of Pentagon weapons systems. But for every budget hawk who sees a waste of money, there’s a defense hawk who sees an innovation essential to our survival.

What to do? Well, we could at least ensure that the weapons we buy do the job we purchased them to do. Great strides have been made in this area in the last several decades, but as always more work remains to be done. My first assignment as a professional writer was to cover the elimination of a Pentagon office designed to make sure that weapons actually worked. “Its sin,” I wrote, “was that it did its job too well.” Not long thereafter, Congress required the office’s reinstatement as a permanent directorate of Operational Testing & Evaluation (DOT&E).

Nevertheless, nearly two decades later, a 1997 Government Accountability Office study found that DOT&E’s effectiveness was still limited by the fact that it could not require that any weapon be proven to work before going to production or use in the field. A 2008 DOT&E report noted a number of recent examples that didn’t, such as the Hellfire missiles on the MH-60S Armed Helicopter Weapons System.  The missiles were designed to hang from external launchers on the chopper’s side, but when fired during a training incident—meaning that the weapon was considered ready for deployment—the force of the launch caused the launchers to break loose and pierce the copter’s fuselage. Add to that outright contractor fraud, which some critics contend runs as high as $100 billion a year, and there is clearly room for saving money on hardware without reducing the quantity or quality of what we buy.

Hopefully, in fact, we could strengthen national security by spending our defense dollars more efficiently. 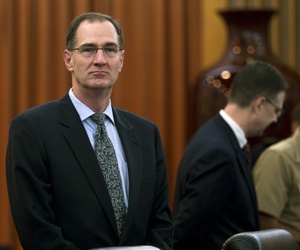 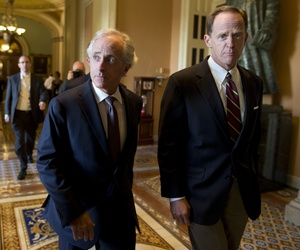 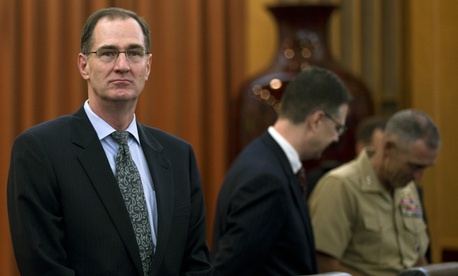 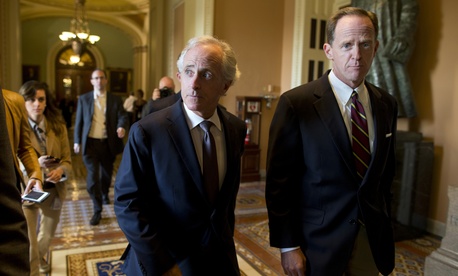