Small AI companies that aim to do business with the Pentagon need to think of themselves as remoras, the fish that attach themselves to whales. Or put more straightforwardly, startups need to partner with the Lockheeds and Boeings of the world.

That’s what Amir Husain, founder and CEO of SparkCognition, told me at his annual TimeMachine conference in Austin. He should know; SparkCognition’s backing from Boeing and Verizon has helped the six-year-old company grow to nearly 300 employees and pass a market cap of $725 million, according to Crunchbase.

SparkCognition’s algorithms can ward off zero-day attacks, unknown software vulnerabilities. They can predict when parts will break or when ships are on a dangerous collision course. But getting Pentagon business has not been easy.

The company has a who’s who of advisors and supporters, like retired Army Gen. John Allen and former Deputy Defense Secretary Bob Work.

But AI leaders gathered here said they will keep trying to crack into the military space. After all, several folks I spoke with say it’s an untapped multibillion-dollar market.

“If you are a startup company and you have tried to work with the Air Force in the past, I’m just here to apologise,” Will Roper, the assistant Air Force secretary for acquisition, technology and logistics, said at the TimeMachine conference. “Very sorry that the defense weapons buying system treats startups the same way that we do a defense prime.

“We do not have to. It’s indicative of that Cold War mindset, that being a small agile company means you can only have a small contribution to national security. Completely false,” he said. “Small companies that grow up to become bigger companies are changing the world and the Pentagon had better wake up and work with them differently.”

The Air Force has created “pitch days” where small mom-and-pop shops can present ideas and receive a contract on the spot. While these contracts are not large by Pentagon standards, the events are helping the small companies to attract private investment, Roper said on Tuesday at a Defense Writers Group breakfast in Washington.

Pentagon officials are quick to point out that they’re using AI to predict when planes, ships and other weapons will break, so maintenance could be done in advance. But in order to get AI, software and other cutting-edge commercial tech into the military faster, the military’s back-end infrastructure has to change.

At the TimeMachine conference, Roper said the Air Force is putting “billions of dollars into digitally transforming.” That includes migrating its data into the cloud.

“What we hope the offshoot will be is: once that data is discoverable, that app developers and microservice developers will be able to produce new and useful capabilities for the military,” he said at the TimeMachine conference. “We need a different business model to work with companies that work in that kind of space.

“If we stick with our digital transformation, then I think we will finally open the door for AI at scale and scope and not just do AI glitter across the force,” Roper said.

US Is Moving Too Slowly to Harness Drones and AI, Former SOCOM Commander Says // Marcus Weisgerber

From sloppy work to blown deadlines to deadly failures, the company has lost its way. It needs tough love — in the form of Congressional investigations.

Letting Turkey Back into the F-35?

On Tuesday evening, one day before President Trump hosted Turkey’s Recep Tayyip Erdogan at the White House, a senior administration official seemed to signal that the Trump administration would be open to allowing Turkey back into the F-35 program. “[T]here’s tremendous upside in this bilateral relationship in economic terms, a key part of which is the F-35 and Turkey’s role and potential role in the F-35 program,” the official told reporters on condition of anonymity. “But to get there, we, as allies, need to resolve this issue of the S-400.  One has to move, and then the other has to move.”

The S-400 is the Russian-made air and missile defense interceptors that Turkey received earlier this year, leading to its ejection from the F-35 program. (For the reasons why, see my colleague Patrick Tucker’s “Why the S-400 and the F-35 Can’t Get Along.”)

Turkish companies are still expected to make parts for the F-35 into next year when their contracts run out. Pentagon leaders have not definitely said what it would take to allow Turkey back into the project if it gave up the S-400. Last month, Ellen Lord, the defense undersecretary for acquisition and sustainment, said: “On Turkey and the F-35, there has been no change to return Turkey to the F-35 program. The S-400 air defense system, which is incompatible with the F-35, remains in Turkey.”And as Cowen analyst Roman Schweizer points out in a note to investors this morning: “No breakthroughs or even progress on core sticking points, in our opinion. Erdogan isn’t going to give up the S-400s and was surely asked to do so. His counteroffer to buy Patriots ‘under suitable circumstances’ would never be allowed by Congress (nor would DoD but the White House could overrule). Cabinet-level members of both governments will try to find a solution — which has been Erdogan’s offer for months. We haven’t seen any trial balloons and don’t think there is one that exists.”

The Trump administration has moved ahead with an Obama administration proposal to shift oversight of some firearms and ammunition exports to the Commerce Department from the State Department. The change could be put in place by mid-December, Reuters reports. Critics of the change say it will remove export oversight, which could lead to the weapons being used nefariously.

Europe to Develop More Weapons Without US Help

The European Union agreed to work on 13 projects, including a patrol ship; electronic warfare; and antisubmarine and missile defense technology. The move comes amid a host of additional indiginous European weapons programs, like stealth fighter jets and hypersonic weapons. American defense officials have argued that the projects shut out U.S. arms makers and undermine collaborative efforts by NATO.

The vice president is expected to stop by Fincantieri Marinette Marine shipyard on Nov. 20, the company said in an emailed statement on Wednesday. The Wisconsin shipyard builds the U.S. Navy’s Freedom-class Littoral Combat Ship. The veep is expected to tour a ship and speak to employees. Fincantieri is competing to build a new frigate for the Navy.

During Erdogan’s White House visit, a model of the new Air Force One was front and center on the Oval Office coffee table. The model of the Boeing 747-8, which to my untrained eye is slightly larger than typical desk models, has made at least five appearances during head-of-state visits since it was first spotted during a June meeting between Trump and Canadian Prime Minister Justin Trudeau.

The White House on Wednesday nominated Elaine McCusker to be the Pentagon comptroller, a position she’s been serving in an acting role all year.

Andy Adams has been put in charge “all strategic and operational aspects” of Lockheed Martin’s pursuit of the Army’s Future Vertical Lift, aka the effort to replace traditional helicopters with next-generation aircraft. 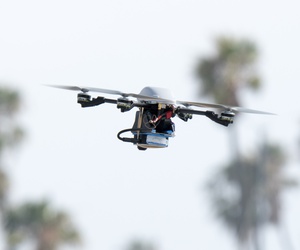 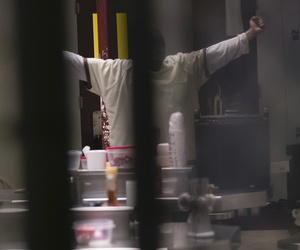 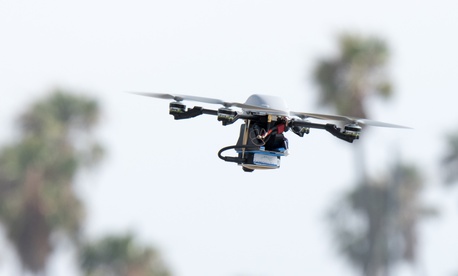 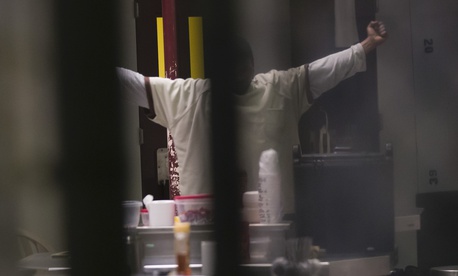