Building Stronger Public Health through the Pandemic and Beyond
Skip to Content
Get all our news and commentary in your inbox at 6 a.m. ET.
Ideas
Give and Take: Time to Get Real In U.S.-Iran Nuclear Talks

Iran and the U.S. have the best shot in years at a nuclear deal, if each is willing to give up some of what it wants to get what it really needs. By Greg Thielmann 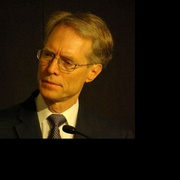 The next round of six power talks with Iran on Oct. 15-16 represents the best opportunity in years to resolve the impasse over Tehran’s controversial nuclear program. To reach a successful outcome, however, each side must be willing to abandon some of the things it wants so it can get what it needs.

Iran has to realize that the only way it is going to get relief from diplomatic isolation and crippling economic sanctions is to offer enhanced transparency measures and significant limits on its nuclear program. The United States must realize that the only way to avoid an Iran with nuclear weapons is to allow Iran to continue enriching uranium for its own nuclear power reactor fuel, albeit on a more limited basis.

Achieving a win-win deal will not be easy but it is certainly possible. The new president in Tehran, Hassan Rouhani, appears to recognize that the country’s dismal economic status can only be reversed if Iran resolves the standoff over its nuclear program. There is otherwise no end in sight to the present sanctions regime, and no way to avoid the intensification of the harsh measures already imposed by the U.S. But he will have to convince Supreme Leader Ali Khamenei that Iran can only secure a “right to enrich” by accepting a much less robust nuclear weapons option than Iran would prefer.

It is well understood in Washington that the potential timeline for Iran to break out of the Non-Proliferation Treaty and build nuclear weapons continues to shrink. Security and regional experts also recognize that launching U.S. air strikes to prevent the building of an Iranian nuclear arsenal would only increase the prospects that Tehran would choose to pursue nuclear weapons.

But the Obama administration will have to convince its allies and Congress that achieving a less-than-perfect outcome still merits the removal of sanctions. It will also have to devise a workable mechanism for unwinding the sanctions, so that they can be successfully used for negotiating leverage.

Iran has a nuclear weapons capability; it does not yet have nuclear weapons. This distinction emerges clearly from the 2007 National Intelligence Estimate on Iran’s nuclear program. In every year since that estimate was released, the statements of senior U.S. intelligence officials reflect their continuing assessment that no such decision to begin building nuclear weapons has been made.

Making sure that Iran does not decide to build the bomb should be the principal objective of the P5+1 countries negotiating with Iran (China, France, Germany, Russia, Britain, and the United States). But seeking to force dismantlement of the uranium enrichment capability that Iran has already achieved would be a colossal mistake -- not only doomed to failure, but likely to provoke the very nuclear weapons decision the negotiations are seeking to preclude.

Western insistence on “zero enrichment” would be quixotic in light of the technical progress Iran has made during the last decade, Tehran’s perception of its sovereign rights and its fierce resistance to foreign diktat. By all indications, Iran’s nuclear program, broadly defined, is supported by a large percentage of the Iranian people. Moreover, the Tehran government is heavily invested in its claim of achieving independence by mastering the nuclear fuel cycle in spite of foreign efforts to thwart it.

However desirable banning the nuclear fuel cycle would be, such a ban is not contained in the NPT. Indeed five states -- Germany, Netherlands, Japan, Argentina, and Brazil -- can produce their own nuclear reactor fuel and several have as much “nuclear weapons capability” as Iran.

To establish international confidence that Iran has no intention to break out of the NPT will require greater transparency in Iran’s nuclear program activities, as well as limitations on Iran’s ability to enrich and stockpile uranium beyond the specific fuel needs of its civilian power reactors.

Enhanced transparency measures would include Iran’s agreement to provide more timely and detailed information on existing and planned nuclear facilities, to allow the IAEA to conduct challenge inspections of suspect sites, and to provide convincing assurances that any past military activities applicable to nuclear weapons development have ceased. Iranian officials have not ruled out their willingness to accept such measures if Iran’s “inalienable rights” are respected.

Limitations to prevent a rapid breakout capability could come in a variety of forms and combinations: prohibition on any uranium enrichment higher than the power reactor level of 3.5 percent; banning operation of any centrifuges more advanced that the models now operating; dismantlement of the deep underground enrichment facility at Fordow; a low ceiling on total numbers of centrifuges; storage abroad of enriched uranium stockpiles awaiting conversion to reactor fuel; dismantlement or conversion of the plutonium-producing heavy water reactor at Arak.

The key consideration for adopting limits must be the extent to which they contribute to extending the timeline of potential breakout scenarios. But it is also important to consider whether or not any particular limit is negotiable. Tehran is unlikely to accept limits it regards as imposing unreasonable constraints on Iran’s technological development or insulting its national honor.

Insisting that Iran must never improve upon the inefficient IR-1 centrifuges now enriching uranium or that it must abandon Fordow because that mountain facility is too difficult for Israel to destroy in a preemptive strike is obviously not going to be persuasive for Tehran. It would be far more productive to concentrate negotiating efforts on strictly limiting the stockpiles of uranium hexafluoride and strengthening the monitoring capabilities of the IAEA, so that any diversion for illicit purposes would be quickly detected.

The prerequisites for achieving a satisfactory agreement with Iran on its nuclear program are coming together. The Obama administration realizes that a negotiated outcome is the only feasible way to prevent Iran from building nuclear weapons and to preserve and enhance the invaluable information flow from IAEA inspectors under the NPT. President Rouhani appears to understand that the only hope of improving Iran’s economic status is to put to rest the nuclear dispute that has enhanced P5+1 solidarity at Iran’s expense and inhibited the role Iran desires to play in the region.

In order for the negotiations to gain traction this fall, both sides will have to get real about what they need to secure their vital interests, and what they are willing to give in return. Next week’s Geneva meeting may not result in a breakthrough, but it could very well represent the first step towards an ultimate solution -- if both sides come to the table ready to deal.

Greg Thielmann is senior fellow of the Arms Control Association and a former office director in the State Department's Bureau of Intelligence and Research.

NEXT STORY: Announcing the Inaugural Defense One Summit