The gap between America’s Middle East policy and that of its closest Persian Gulf partners has widened into a chasm. Although policy divergence and private criticism of U.S. policy in the Gulf is nothing new, these differences and disagreements have burst into the public eye in recent days. Most notably, Saudi Arabia’s public refusal to take a rotating seat on the United Nations Security Council — a position the kingdom had long lobbied and prepared for — and the suggestion by a top Saudi official that Riyadh will embark on a “major shift” in its security partnership with the United States have shocked many observers in Washington and beyond.

Gulf partners’ exasperation has grown in parallel with both the number and importance of policy differences with Washington on a range of issues, including the Obama administration’s approach toward the Israeli-Palestinian issue and the recent decision to scale-back American aid for Egypt’s military. But, more than anything else, two primary concerns drive Gulf anxieties.

The first is Iran. Saudi Arabia, the United Arab Emirates and other conservative regional powers worry that the Obama administration is too eager to reach an accommodation with Tehran and too quick to engage with Hassan Rouhani, Iran’s new president. They fear a diplomatic deal that will do too little to constrain Iran’s nuclear ambitions and, by easing international pressure, do too much to enable Iran’s hegemonic aspirations.

America’s allies in the Gulf have also sharply criticized the Obama administration for being too soft on the Assad regime in Syria. They are clearly displeased that the United States failed to take military action in the wake of Assad’s chemical weapons use and portray the U.S.-Russia deal to dismantle Syria’s chemical stockpile as barely worth the paper it’s printed on. Saudi Arabia, UAE and Qatar all worry about the humanitarian catastrophe in Syria, but their principal goal is to see Assad, Tehran’s closest client regime, fall as a means of tilting the regional competition with Iran decisively in their favor.

Second, Gulf partners worry about the future of America’s commitment to their long-term security. They see Washington gridlocked and fiscally constrained. After more than a decade of war, they know the U.S. public is exhausted with Middle East commitments. They worry about the implications of the North American “energy revolution” for security ties. And they fear that the Obama administration’s strategic desire to “pivot” to Asia will leave them to face the twin tides of Iranian expansion and Islamic extremism on their own.

These concerns are understandable, but ultimately misplaced. The diplomatic deals the United States is pursuing to constrain Iran’s nuclear program and destroy Syria’s chemical weapons are not at odds with Gulf security. On the contrary, they are essential to prevent regimes hostile to Gulf interests from possessing the world’s most dangerous weapons. And while Saudi Arabia, UAE and Qatar would prefer a more muscular U.S. military intervention in Syria’s civil war, the pursuit of a broader diplomatic solution is ultimately the only way to prevent the disintegration of the Syrian state and the establishment of safe havens for al-Qaeda linked extremists — goals Gulf states say they share too.

Nor is there any scenario in which the Obama administration would “ratify” Iran’s dominance of the Gulf — an outcome that is nearly impossible to imagine in any case given economic and military imbalances — in exchange for concessions on the nuclear issue or Syria policy. Since the Nixon and Carter doctrines, it has been U.S. policy to prevent any nation from dominating the Gulf region. As Obama made clear during his September UN speech, nothing has changed. America remains committed to ensuring the security of Gulf allies and the free flow of energy resources vital to the global economy.

Nothing about the dramatic rise in U.S. oil and gas production expected in the coming years is likely to fundamentally alter this equation. Much of the increased global supply of oil and gas will be absorbed by rising demand in Asian states; oil prices are unlikely to significantly decline. Moreover, while direct U.S. dependence on Gulf oil may abate, many U.S. allies will remain heavily reliant on Gulf supplies. And since American consumers will continue to buy oil at global market prices, any future surge in Gulf instability or threat of Iranian military dominance would adversely impact vital U.S. national interests.

Lastly, fiscal constraints and the strategic desire to “rebalance” to Asia will likely affect U.S. posture in the Gulf much less than many in the region assume. While the U.S. military’s regional presence in the Gulf will shrink somewhat, forces supporting the war in Afghanistan depart, and further reductions may occur over time as Gulf states improve their own capabilities, Washington is not poised to militarily abandon the region. Indeed, as the 2012 Department of Defense Strategic Guidance announcing the Asia pivot emphasizes, “the United States will continue to place a premium on U.S. and allied military presence in — and support of — partner nations in and around this region [the Middle East].”

To be sure, there are real, sometimes profound, policy disagreements between the United States and its Gulf allies. But much of the current tension stems from misunderstanding. The Obama administration has done too little to consult with key Gulf states before making major decisions. It has not adequately communicated the nature and goals of current U.S. policy, and it has not outlined a long-term vision for American strategy in the region.

In any strong partnership, both sides need to be frank with the other, and the Saudis and other Gulf states have certainly been increasingly frank about voicing their displeasure with U.S. policy. But threatening a strategic shift is shortsighted, unrealistic, and highly counterproductive.

First, no plausible alternative patrons will offer Gulf states the depth and commitment of the relationship they enjoy with the United States — not the Chinese, not the Russians, not the Europeans and not fellow Arab states. No other military can ensure the free flow of Gulf oil, and no other state can provide the quality and military support network that comes with American armaments. And whatever disagreements Gulf states have with the Obama administration pale in comparison to the disagreements they have with alternative patrons like Russia and China, two states that have repeatedly shielded Assad at the UN and historically have had much closer ties to Iran. In short, a “major shift” away from the United States would likely be, to paraphrase a saying from American politics, a major shift to nowhere.

Second, the Saudis and other Gulf states will enjoy much more influence by advocating their policy preferences through established mechanisms and institutions, including at the UN and through the Geneva process on Syria, rather than abandoning these channels in a fit of anger because they dislike U.S. policy. Spurning these processes to demonstrate displeasure may feel good in the moment, but it is incredibly shortsighted.

Improved consultation, communication and a healthy dose of realism could therefore go a long way to repairing current tensions between the United States and its Gulf partners. In some areas, policy adjustments should be made. Even on subjects where the two sides appear very far apart, such as the need for political reform in countries like Egypt and Bahrain, there may be more room for joint action than is commonly assumed, especially if the reform agenda is reframed in terms of the requirements for long-term stability.

In other areas, however, America and its Gulf allies may have to agree to disagree. But they should at least talk through these disagreements ahead of time and avoid unnecessary public spats. If both sides can avoid pointless recriminations and maintain some perspective, remembering that profound interests intertwine the collective fate of the United States and the Gulf, the decades-long partnership will survive.

Colin H. Kahl is senior fellow and director of the Middle East Security Program at the Center for a New American Security (CNAS) and an associate professor in Georgetown University’s Edmund A. Walsh School of Foreign Service. From 2009-2011, he was deputy assistant secretary of defense for the Middle East. Jacob Stokes is a research associate at CNAS. 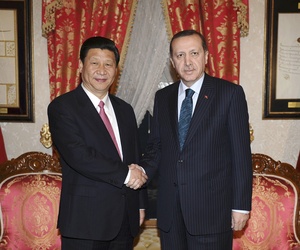 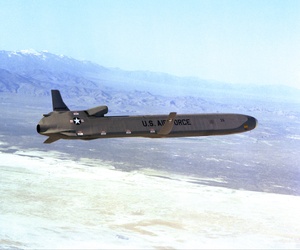 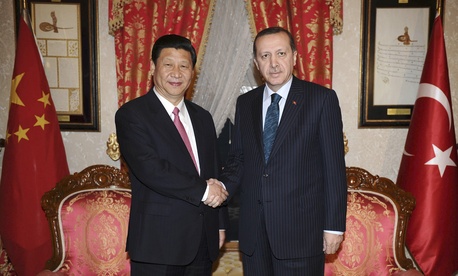 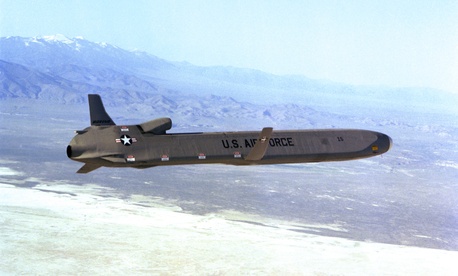