Over the past couple of months, conservative commentators and some Republican members of Congress have been making a lot of hay over reports that Army diversity trainings have labeled various religious and socially conservative organizations as “extremist” or “hate groups.”

In response to some of that criticism, Army Secretary John McHugh recently suspended these trainings. The ACLU commended that move in a letter to the Army last week that dispels the perception left by some that the trainings were uniquely anti-Christian. The ACLU also urged the Army to better protect the First Amendment rights of military personnel going forward and offered suggestions on how to do so.

Here’s the background. Starting back around April, reports began surfacing of Army training materials on “extremism” and “hate groups,” which listed, for instance, evangelical Christianity and ultra-Orthodox Judaism alongside the KKK as examples of ”religious extremism.”  The conservative press was quick to jump on the story and the Army was equally quick to say that the slide was not produced by the Army and did not “reflect policy or doctrine.”

Then, in October, there were further reports that trainers had again used inaccurate information, sourced from the internet, to label fully lawful and constitutionally protected advocacy groups as extremists, suggesting that donations to such groups and other support or participation could subject soldiers to military punishment. In response, the Army laudably halted these trainings to allow for the centralized creation and dissemination of an official curriculum.

Interestingly, this issue goes back almost 30 years. In the mid-1980s, then-Defense Secretary Caspar Weinberger issued a military directive banning “active participation” in “hate groups.” The ACLU criticized that policy in a 1986 letter, noting that the military has ample authority to discipline soldiers actually engaged in wrongdoing, and defending service members’ rights to associate with any lawful group they choose.

The ACLU reiterated that position in our letter last week and urged the Army to consult legal experts and a wider array of outside groups in formulating uniform diversity trainings — formally called “Equal Opportunity” trainings — addressing so-called “extremism.” We asked the Army to consider three issues moving forward.

First, we stressed the importance of the military including specific mention of the First Amendment rights of soldiers in any Equal Opportunity training. Soldiers have the First Amendment right to associate freely with any lawful organization, including those that espouse views many consider objectionable. Although the parts of the trainings that sparked the controversy mentioned conservative groups and right-wing and religious “extremism,” the suppression of supposed controversial views in the military has also impacted many other service members, including, for instance, soldiers who believe that commanders should not advance or promote religious beliefs. Soldiers engaged in actual wrongdoing should certainly face discipline, but they should never fear punishment solely for their thoughts or beliefs, no matter how “extreme.”

Relatedly, the ACLU, in our  letter, also noted that the terms “extremist” or “hate group” are necessarily subjective and open the door to discriminatory enforcement against service members, whether on the left or the right. It emphasized how the active-participation ban requires commanders to engage in a “searching inquiry” into the associational and expressive activities of soldiers, including monitoring what they read, who they speak to, the tattoos they get and the political positions they espouse in private.

Second, the letter pointed out the dangers in inaccurate depictions of religious beliefs and practices. Part of the problem with the presentation on extremist groups is the conflation of an entire religion, denomination, or branch of faith (like Catholicism or Sunni Islam) with designated terrorist groups (like Kahane Chai).  Not only does the inaccurate depiction of a particular religion undermine the goals of the Equal Opportunity program, it harms efforts to educate military commanders on their responsibility to provide appropriate accommodation for military practices like head coverings or beards that do not interfere with the proper functioning of military equipment.

And, third, the letter raised concerns that the unnecessary attention prompted by these extremism trainings threatens to jeopardize other important Army goals and values. These trainings are extremely valuable in ensuring fair treatment and equal opportunity for all persons in the military based on merit, fitness, and capability in support of readiness. Especially in light of the move to open service for lesbian, gay and bisexual soldiers, it’s important that the military add sexual orientation to its list of nondiscrimination standards. This would ensure that the goals of fair treatment and equal opportunity are inclusive of, and apply equally, to all soldiers.

The Army did the right thing in halting these trainings until it can get a handle on the curriculum to prevent inaccuracies and ensure that they properly further the program’s goal of treating everyone with dignity and respect. No soldier should fear repercussions because of their personal beliefs. The men and women who volunteer to defend the Constitution deserve its protections, including freedom of association and religion and belief, as well as fair treatment and equal opportunity for everyone.

Dena Sher and Gabe Rottman are legislative counsel specializing in the First Amendment at the American Civil Liberties Union. 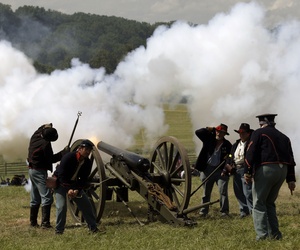 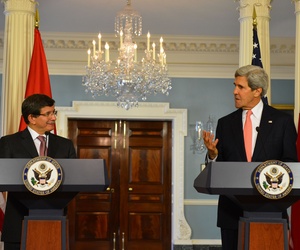 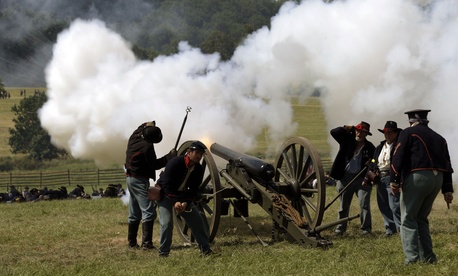 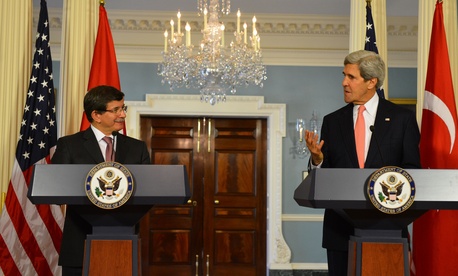