An Army specialist move through an open air market during a foot patrol in Baqubah, Iraq, on April 5, 2007.

We should not be bullied back to Baghdad by politics, ideology or short-term thinking that this wrong war never should have ended. By Joe Cirincione

We never should have invaded Iraq. It would be folly to recommit United States forces to save an artificial Iraqi government and army that cannot stand on its own.

Ten years ago, U.S. forces battled Sunni insurgents in the very same cities that are falling to anti-government fighters today. Hundreds of American lives were lost in the 2004 battles for Mosul, Fallujah, Karbala, Ramadi, Tikrit, Najaf and Samarra. The U.S. spent tens of billions of dollars to train and equip an Iraqi army that was supposed to protect the government we formed to replace the deposed dictator, Saddam Hussein.

This week, that army collapsed. In Mosul, The Guardian reports, “two divisions of Iraqi soldiers - roughly 30,000 men - simply turned and ran in the face of the assault by an insurgent force of just 800 fighters.” In other cities, Iraqi troops simply handed over their American-supplied uniforms, guns and armored fighting vehicles to the Islamic State in Iraq and Syria, or ISIS, fighters, then scattered. ISIS has seized more than $450 million from the banks in these cities, making it perhaps the richest and best equipped insurgent group in the world.

This debacle was predictable. In fact, it was predicted by dozens of analysts who knew a great deal more about Iraq than those who cheerleaded the invasion of Iraq in 2002 and 2003. The very first sentence of Tom Ricks’ 2006 masterpiece, Fiasco, warns, “President George W. Bush’s decision to invade Iraq in 2003 ultimately may come to be seen as one of the most profligate actions in the history of American foreign policy. The consequences won’t be clear for decades.”

Well, they are becoming much clearer now. Ricks’ concludes his book – which should be read by anyone searching for a solution to the current debacle – with this:

“So while there is a small chance that the Bush administration’s inflexible optimism will be rewarded, that the political process will undercut the insurgency and that democracy will take hold in Iraq, there is a far greater chance of other, more troublesome outcomes:  That Iraq will fall into civil war, or spark regional war, or eventually become home to an anti-American regime, or break up altogether. In any of these forms it would offer a new haven for terrorists.”

He was not alone. I wrote, with my colleagues at the Carnegie Endowment for International Peace in WMD in Iraq: Evidence and Implications, an anatomy of the false intelligence supplied to justify the war:

“It was almost inevitable that a U.S. victory would add to the sense of cultural, ethnic, and religious humiliation that is known to be a prime motivator of al Qaeda–type terrorists. It was widely predicted by experts beforehand that the war would boost recruitment to this network and deepen anti-Americanism in a region already deeply antagonistic to the United States and suspicious of its motives. Although this may not be the ultimate outcome, the latter has so far been a clear cost of the war. And while a successful war would definitely eliminate a “rogue” state, it might—and may—also create a new “failed” state: one that cannot control its borders, provide internal security, or deliver basic services to its people. Arguably, such failed states—like Afghanistan, Sudan, and others—pose the greatest risk in the long struggle against terror.”

This is not to say, “We told you so,” but to warn that the desperate, quick fixes now being offered are false hopes. The hard truth is that there is little we can do to save the corrupt, incompetent government we installed in Iraq. If 10 years, millions of hours of work and hundreds of billions of dollars could not build a regime that can survive, it is difficult to imagine any fix that can. Those seeking to blame the Obama administration for the collapse are engaged in a cynical game.

Rep. Paul Ryan, R-Wisc., played the game well in his speech at the Center for New American Security conference, in Washington on Wednesday. He blamed the chaos in Iraq on the failure of the Obama administration to negotiate a status of forces agreement, pulling the troops out too soon and for not intervening in Syria. In other words, for failing to double down on the military policy that created the mess in the first place.

Sen. John McCain, R-Ariz., goes even further, calling on the entire Obama administration national security team to resign. McCain went “roaring onto the Senate floor” on Thursday, claiming “Could all this have been avoided?…The answer is absolutely yes.”

Part of this is the normal partisan attack on Obama. His political opponents squeeze everything he does into their preferred frame: he is weak, naïve, dangerous, doesn’t really care about American security, may not even be an American.

Part of it, however, is the way Washington looks at national security issues: focused on the immediate, ignoring or twisting history. So, the Iraq debacle is something that has happened only now, with perhaps one or two years of prelude. The policy fix should address what can be done today, looking forward a year or two. There must be an immediate solution: bomb, invade, supply, sanction. The so-called “defense Democrats” jump in, too, wanting to prove their toughness by advocating one or another military solution.

The Washington Post, which played a key role in convincing policy makers to go to war with Iraq, picks up the pro-war line of attack in its editorial: “For years, President Obama has been claiming credit for “ending wars,” when, in fact, he was pulling the United States out of wars that were far from over. Now the pretense is becoming increasingly difficult to sustain.”

In other words, the problem is not that we started the war, it is that we never should have ended it.

None of these critics have the slightest self-awareness. None take responsibility for their previous policy pronouncements. It’s like the driver of a car that has plowed into a crowd of pedestrians blaming the emergency medical technicians for not saving the lives of those injured.

Nor do the defense Democrats want to go back to this debate, preferring to be seen as positive and forward-looking. They want to talk about robotics or new paradigms. They want to get away from any hint that they once were against the war, or hide their own shame that they were once for it.

I understand. But we have to go over this again. The American public long ago decided that the Iraq War was a mistake, that Iraq is not worth fighting for. It is the Washington elite that doesn’t seem to have made up their minds. It is the Obama administration that, after being blasted by Republicans for always “blaming Bush” whenever they talked about the multiple crises they inherited, stopped drawing the lines from the failed policies of the past to the current dilemmas.

Well, it is time to draw the lines again. It is vital that we not be bullied into squandering more resources into a futile effort. We cannot let politics and ideology and short-term thinking again trick the nation into making a bad situation worse.

There is not a quick fix to this problem. The hard truth is that, like the collapse of the Diem government in South Vietnam a generation ago, there is little we can do to prop up this government. As military expert Micha Zenko tweeted, “Unless the US has bombs that can install wisdom and leadership into PM Maliki, airstrikes in Iraq would be pointless.” We may have to revisit then-Senator Joe Biden’s strategy from 2006 that the only way to stop the killing and salvage the situation was to scrap Iraq’s artificially-imposed boundaries and partition the country into three ethnic regions.

Gen. Colin Powell famously invoked the “Pottery Barn rule” about Iraq, but he got it slightly wrong. It is not, “You broke it; you own it,” but “You broke it; you pay for it.”  We broke Iraq. We paid a huge price in lives, treasure and legitimacy. It is time to stop paying. 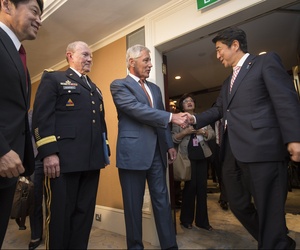 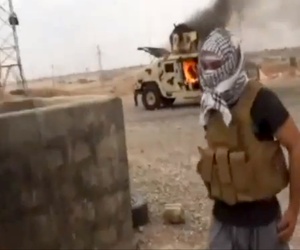 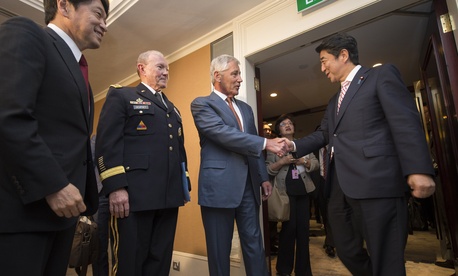 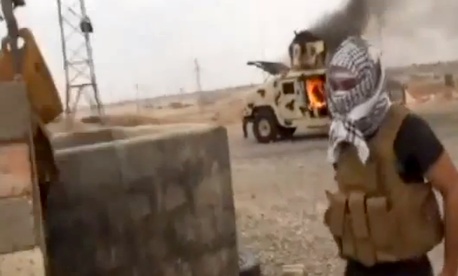