Video: The Tech That Will Power the Planes of Tomorrow
Skip to Content
Get all our news and commentary in your inbox at 6 a.m. ET.
Ideas
What’s Next for the U.S.-Africa Leaders Summit?

Fewer and less intense wars in Africa present the U.S. with an opportunity to increase accountability for human rights violations and the rule of law. But is America up to the task? By Amelia M. Wolf 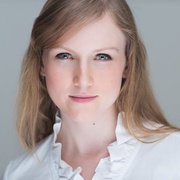 By Amelia M. Wolf
Research associate in the Center for Preventive Action at CFR

The focus of last week’s U.S.-Africa Leaders Summit—economic investment in sub-Saharan Africa and North Africa—has changed the narrative of how the United States perceives of and engages with the continent. However, the summit is missing a vital component to achieving its long-term goal of sustained growth and development. If the Obama administration is serious about the United States being “central” to the economic development of Africa, it should emphasize the important role of human rights behind closed doors after the Summit ends. While ignoring potentially controversial issues in the short-term will make for less contentious discussions, the long-term implications could negatively affect U.S. partnerships with African countries and drastically hinder region-wide progress.

Unfortunately, the United States has shown limited interest to destabilizing situations outside of terrorism-related countries—such as Somalia and Djibouti. Although the conflict in the Central African Republic (CAR) is complex and recurring, if affects the political stability and economies of the surrounding countries—including Cameroon, Democratic Republic of Congo (DRC), Chad, Republic of Congo, Sudan, and South Sudan. The United States should collaborate with CAR’s neighbors, and other states with influence in the region, such as France, to facilitate a dialogue on how to address the humanitarian situation—first in surrounding countries, and eventually within CAR itself. This simple strategy of diplomatic facilitation, without an overt role of the U.S. military, is applicable in situations other than CAR as well.

With its growing investments in Africa, the United States also has the opportunity to increase accountability for human rights violations by supporting the development of institutions for justice and the rule of law in collaboration with African states.

Though African leaders now widely-reject the International Criminal Court (ICC), claiming that it is “politicized” or “anti-Africa,” this was not always the case. The DRC, CAR, Mali, and Uganda have all referred situations to the court for investigation. Ugandan President Yoweri Museveni referred Joseph Kony, leader of the Lord’s Resistance Army, to the ICC in 2004. However—signifying the continent-wide shift in leaders’ opinions of the court—he praised Kenya in 2013 for rejecting “blackmail” by the ICC when Kenyan President Uhuru Kenyatta was indicted for his role in the post-election violence in 2007 and 2008. Controversy reached a new high in February 2014 when the African Union (AU) urged its fifty-four members to condemn the ICC indictments of sitting presidents, with Botswana as the only dissenting country.

Given the AU’s stark and enduring opposition to the ICC, it is unlikely that the African leaders will be persuaded to once again support a court that has investigated twenty-one cases, all of which are from Africa. However, there is still a strong desire for justice throughout Africa, particularly from civil society. The sole purpose of creating the African Court on Human and People’s Rights (which is expected to merge with the African Court of Justice) in 2004 was to provide AU member states with the ability to prosecute offenders that would otherwise be tried by the ICC. The United States has the opportunity to support and facilitate the development of legal institutions, allowing the region to pursue justice in a manner consistent with the continent’s established processes and values. American support for this venture would not only help to ensure that human rights are promoted  and accountability upheld, but assist with monitoring human rights compliance of foreign investors—such as China.

The summit comes at an unprecedented time for Africa, and it is the optimal time for more direct U.S. engagement. Overall security has increased in recent years and the United States is widely trusted throughout the continent. Though there are persistent pockets of Islamic extremism, and armed conflict in the eleven countries, there are fewer and less intense wars than in previous decades. Additionally, despite the growth of Chinese investment, the United States is slightly more trusted throughout Sub-Saharan Africa—with 74 percent of the region viewing the United States positively, compared to 70 percent viewing China positively. This is due in part to the perception of China’s investment as colonial exploitation, and the tendency of Chinese companies in to predominantly employ Chinese workers rather than host-nation workers. U.S. support for preventing human rights abuses in African countries and supporting institutions for justice will help confirm its commitment to the continent’s development as a whole, and potentially diminish China’s influence in the region.

NEXT STORY: Water Wars in Iraq and Around the World