If the Pentagon wants good people, it needs to put good people in the top Personnel slot.

Brad Carson faces formidable challenges as he steps in as the Pentagon’s acting undersecretary of Personnel and Readiness (P&R). As Gordon Lubold describes in his excellent article in Defense One, the former Army undersecretary and former Congressman from Oklahoma will inherit a weak and dysfunctional office that has combined rapid turnover at the top with a large and demoralized workforce. With no consistency or empowered leadership, the office has languished, despite the central importance of personnel and readiness to the capabilities of our armed forces. Carson, while highly competent, has less than two years to turn things around. A real long-term fix needs a number of big steps.

First, and most important, senior defense experts must acknowledge how central the Office of Personnel and Readiness is to the health of our armed forces, and put themselves forward as candidates rather than holding out for the more prestigious posts. The list of luminaries who angled for the P&R job in the Obama administration is notably short. As a result, the office has suffered through nine leaders over the last nine years, including being helmed by acting undersecretaries more than 40 percent of the time. No wonder the office has been left out of key personnel debates and decisions.

When I worked on the transition team for President Reagan, I was asked what Pentagon job I wanted to throw my hat in the ring for. When I asked for the manpower post, the people in charge of filing the posts, as well as my future bosses, were surprised. They thought I would have aimed for something more prestigious, as I had served as on active duty as a naval flight officer, been the director of Defense Policy at the American Enterprise Institute, and written several books and articles on more glamorous issues. But I made my decision based on advice from former Defense Secretary Melvin Laird. Concerned about the state of the All-Volunteer Force (AVF), Laird believed that if the AVF failed, so would our strategy of containing the Soviet Union.  By the late 1970s, the quality of the force was so bad that it was labeled the Hollow Force. Laird had actually written a monograph for the American Enterprise Institute proclaiming the people, not hardware, should be the incoming Administration’s highest priority. I agreed with Laird, and so asked to lead the P&R office. Not surprisingly, no one else on the Reagan transition team asked for the post, which is probably why I got it, but I never regretted it.

Having a member of the foreign policy establishment with some clout in the P&R job, instead of an anodyne human-resources person, gives the post the heft that is necessary to take on the Pentagon bureaucracy. For example, my office battled the Marines over how many women should be in the Corps. Ultimately, the Commandant, whom I had known for years, told me that while I did not have the right to do so, “out of respect for me” he would allow more women into the Corps. I had similar experiences fighting the Pentagon bureaucracy when we lowered the percentage of base pay given to a person retiring after serving 20 years (from 50 to 40 percent), made military retired pay part of community property in a divorce settlement, enabled military personnel discharged because of their sexual orientation to receive honorable discharges, and opened up more opportunities for women. My office also started the Base Realignment and Closure (BRAC) process by publically releasing a list of our excess bases. Today, the head of P&R must take on the issues of compensation and benefits for both active and retired personnel, a task that will require the ability to take on not only the Pentagon bureaucracy, but also Congressional leaders who may be opposed to making the tough decisions needed to pass meaningful compensation reform.

Having a member of the foreign policy establishment with some clout in the P&R job, instead of an anodyne human-resources person, gives the post the heft that is necessary to take on the Pentagon bureaucracy.

Second, the P&R office needs to have a seat at the table on issues crucial to recruiting and retaining the men and women necessary to implement the defense strategy. From 1977-85, P&R encompassed not just manpower, but installations and logistics. That gave me (and my two predecessors, John White and Robin Pirie) a say in all issues pertaining to the preparedness of the armed forces.

For example, well-maintained installations have a tremendous effect on quality of life for service personnel and their families. Similarly, well-managed and adequately resourced logistics are necessary to maintain readiness. Even though the responsibilities for these areas have been transferred to the “acquisition czar,” the P&R person must be involved in decisions made in these areas that directly affect their work. After all the office is responsible not just for personnel but readiness as well.

Third, the Defense Secretary must not only pick the right people for the position but also support them. Secretaries, like Gates, who criticize the office for its rigid thinking have only themselves to blame. When agreeing to stay on under Obama, Gates had insisted he have a say in who would be appointed to the posts in the Pentagon. If Gates was not satisfied with the “bureaucratic obduracy” of the Personnel and Readiness office he should have done something about it by appointing someone with the clout and experience to make the office function. For example, when Gates turned down Richard Danzig, former Secretary of the Navy, for the deputy job, he could have offered him the P&R job. Danzig would have made an excellent undersecretary for P&R, especially since he had served as the principal deputy for manpower during the Carter administration. In addition, Gates should have publicly led the fight against those members of the Veterans lobby who fight against any adjustments in military pay and benefits.

Fixing P&R is central to ensuring that our military is able to recruit and retain the best people and to make sure those men and women and their families are prepared to face future conflicts. Now is the time to reform the Office of Personnel and Readiness to be ready to shape the recruiting, retention, and compensation for the force of the future. That starts with selecting a leader who has the political clout and will to challenge the status quo. 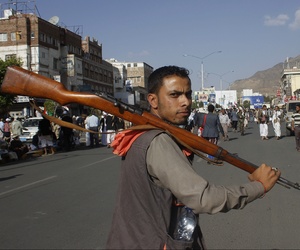 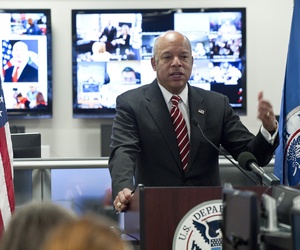 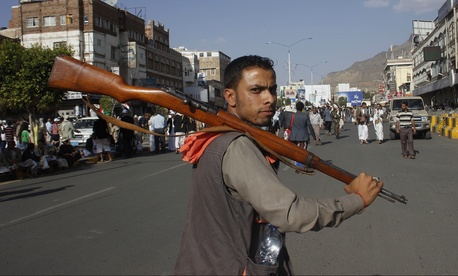 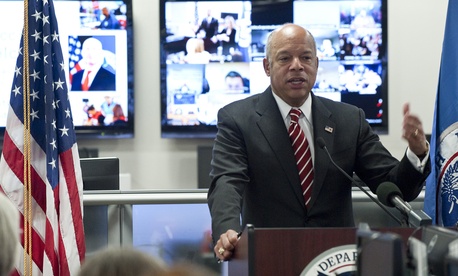