How One Woman Earned Her Way Onto the Special Ops Battlefield

Amber realized she would have to beat dozens of women at the Army Rangers' famed '100 hours of hell' if she wanted to see combat in Afghanistan.

Editor’s Note: The following is an excerpt from the book Ashley’s War: The Untold Story of a Team of Women Soldiers on the Special Ops Battlefield by Defense One contributor Gayle Tzemach Lemmon.

“Get your bags into the vehicle. Now!”  A training instructor was standing on the sidewalk before a large military transport truck, its open bed facing the fifty soldiers who were lined up in formation holding giant rucksacks. He had come to transport the women to the real action: CST Assessment and Selection.

Or, as the officer who designed the program called it, “one hundred hours of hell.”

“Finally,” Amber said to herself, smiling in relief. She hoisted her pack onto one shoulder and strode toward the idling truck.

“All right, ladies, let’s load ’er up!” she yelled to the others. Amber leapt into the open truck bed and began dragging bags toward the rear to make it easier for others to toss theirs in without creating a chaotic mess. Following her lead the soldiers formed a single line and began dropping their rucksacks in an orderly fashion. They all knew they would be graded in Assessment and Selection as individuals, but they also knew, as Admiral Olson had noted back when he put the word team in the name of their program, that collaboration was central to everything in special operations. Their instructors would be watching to see how they performed as a team and what kind of leaders they were, particularly at the most trying moments. But it all began here, at the loading area.

For her part, after forty-eight hours lingering around the Landmark Inn, Amber was damned ready to be back at work. The former interrogator had been up since before dawn mentally readying her- self for the test to come. By 7 a.m., according to her Timex wrist-watch, she was done with breakfast and racing back up the stairs to her room, taking them two at a time. She grabbed her gear and jumped in the elevator, rucksack on her back and her mind in the moment. Another group of soldiers boarded on the floor below. A particularly fit young woman—one of the few African-American soldiers at selection—eyed Amber without a word, offering instead a nod of mutual respect. “Kimberly,” she said, extending her hand to introduce herself. Amber did the same. On Amber’s other side stood a six-foot-three woman who was built like a WWE wrestler. Amber had to look twice to confirm she was actually female.

By 7:45 a.m. she stood cooling her heels in the now-crowded lobby, where several dozen women were getting ready for what many expected would be the biggest test of their lives. By 8 a.m. the truck arrived to take them to Camp Mackall at Fort Bragg, where the men’s Special Forces Assessment and Selection (SFAS)—phase one of a typically yearlong training process—also takes place. The women, by contrast, would have a week of selection. And, if they were lucky enough to make the team, six weeks of training.

By late morning the would-be CSTs had reached their destination: a line of evenly spaced large canvas Army tents they would call home for the next six days. They were arranged in a semicircle, and Amber thought they looked like brown caterpillars waiting to be- come butterflies. She located her assigned tent and stepped through the wooden door into a space large enough to fit five cots comfort- ably on each side, along with a few desks and some standard-issue metal folding chairs. Lightbulbs dangled from wooden struts lining either side of the tent. Power outlets could be found here and there for computer work and writing exercises. 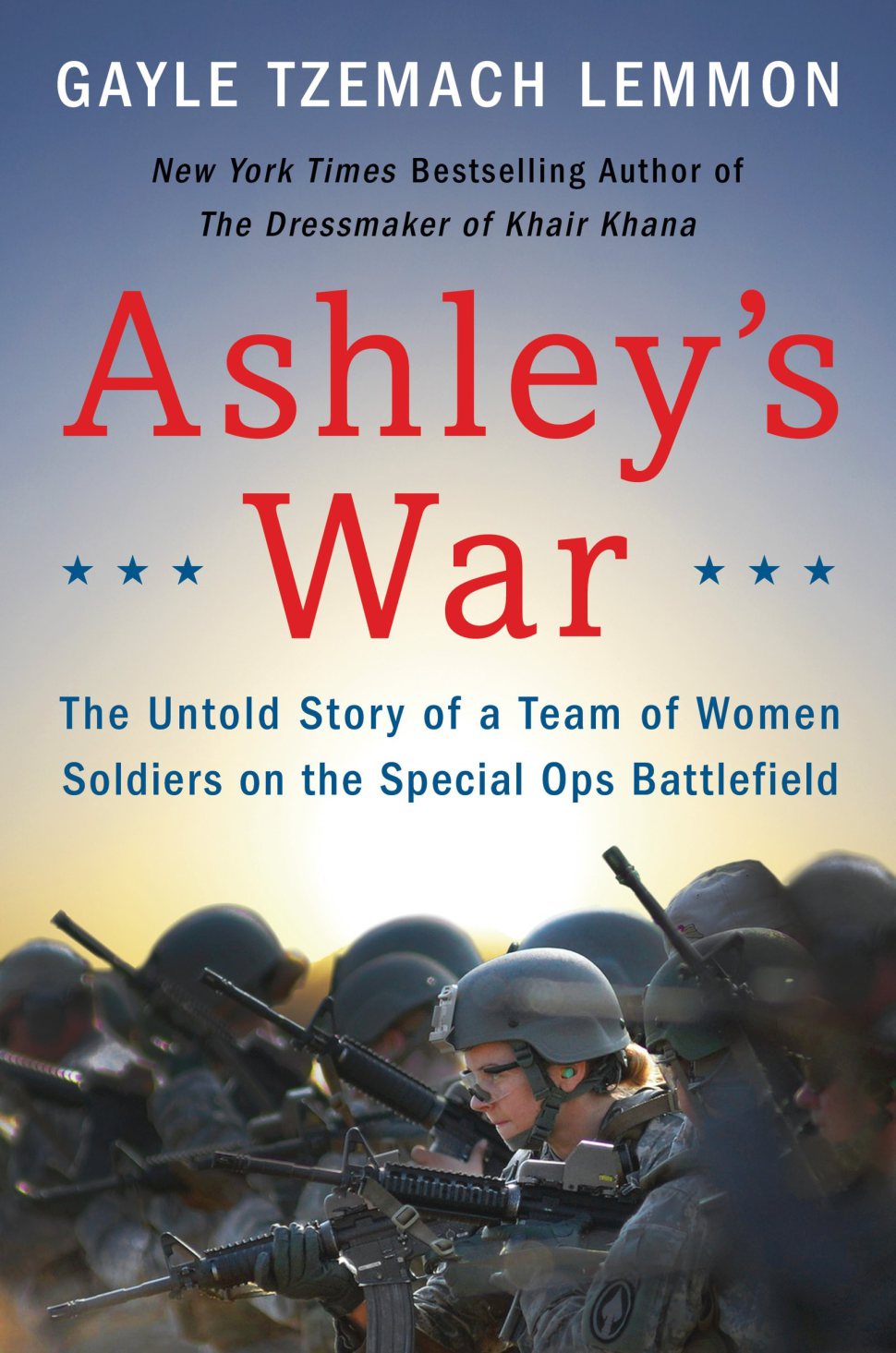 One of her tentmates, an officer who held the rank of major, Amber guessed was the most senior female trying for this new position. Judging by her officer rank, age, and the fact that she had worked for Admiral Olson, she was clearly a star. Also in the room was a soldier she nicknamed “the Trucker,” who chewed Copenhagen Long Cut tobacco, stashed her spit cup beneath her cot, and had a mouth that would put a sailor to shame.

The only distinguishing feature of the uniforms was a rectangle- shaped piece of tape with the candidate’s ID number written upon it attached to their camouflaged arms and legs. No tabs or insignia displaying rank or any other outward sign distinguishing between enlisted person and officer was permitted. Everyone had an equal chance to shine or shrink in the course.

The first official test commenced right then and there at the tent. Of the many challenges that would come over the next several days, this should have been the easiest, since it judged not endurance or intelligence but organization. The Army special operations trainers had given the women a precise packing list in advance of their arrival, and now they wanted to see if the soldiers had followed instructions and brought everything on it.

Among the mandatory items:

Two pairs of standard Army-issue boots (or their commercial equivalent, since almost everyone found other brands more comfortable)

They were also provided with a list of the only additional items candidates were allowed to possess:

One book (and one book only). It could be a Bible, the Ranger Handbook, or a novel. No magazines were permitted.

A stern-looking female instructor approached, and Amber suddenly felt queasy as she realized in horror that she had failed this first, most simple test. All her gear was neatly sitting there, on the gravel entryway in front of her tent, at perfect attention. Everything, except for one item.

“Where is your duffle bag?” the instructor asked in a monotone. She was maybe a decade older than Amber and had a similar no- nonsense demeanor.

“I didn’t need it, ma’am,” Amber answered. “I packed tightly enough that I fit all the other gear on the list in my rucksack.” As she spoke, she realized the folly of her hubris. She had only just stepped off the truck and already was showing herself incapable of following simple instructions.

The instructor didn’t allow a hint of emotion as she began her interrogation about the missing item.

Sure, they all were competing against one another, but they understood that each had to succeed if anyone like them was ever going to get this chance again.

“Was it on the packing list?” she asked. “Yes, ma’am, it was,” Amber answered. Her stomach roiled. The instructor scribbled something in her notebook and moved on. Dammit, Amber thought. Seriously, if my own cockiness is what keeps me out of this … She forced herself to buck up her crushed spirit and remain at attention as the instructor moved down the line of fellow CST hopefuls. It was hardly an auspicious start to the week. And it had begun so well.

As the instructors proceeded from tent to tent Amber learned that others had also left stuff behind: a notebook, a canteen cover, an extra pair of socks. She watched as other aspiring CSTs who had completed their checks ran the missing items over to their fellow soldiers. The spirit of solidarity and leadership surprised and impressed her. Sure, they all were competing against one another, but they understood that each had to succeed if anyone like them was ever going to get this chance again.

The first physical challenge came in the form of the Army’s standard physical training (PT) test. Amber busted out push-up after push-up in the two minutes she had, careful to focus on form so that every one counted.

“All the way down,” she commanded herself. Focus on making them count. Don’t go for one hundred, just make sure a few dozen are picture-perfect. But she went ahead and pounded out a lot more than that, a benefit of her own intense CrossFit training and a heavy surge of adrenaline.

For Amber and many of the others, including Kate, the West Pointer MP who had played football in high school, and Tristan, the sockless track star, the PT test was largely a formality. Much to their consternation, the Army had different standards for male and female PT scores, and they yearned to be treated equally in every respect. In any case, most of them always performed so well they left the top score of the female scale in the dust, proving they could be measured against the male standard on any metric, from push-ups to two-milers.

Amber, like most of the others, had long ago dedicated herself to spending hours in the gym and out on the track each week. She was not a naturally gifted runner—lifting weights was a lot easier for her—but, like Ashley, what she lacked in talent she made up for in tenacity. As soon as she had heard about the CST program Amber began training in CrossFit with kettle bells, Olympic lifts, and lunges upon lunges. By the time she arrived at Bragg in May she was in better shape than she had ever been. Here, at the start of the most demanding program she had ever faced, Amber felt more alive than she had in years, and more confident. 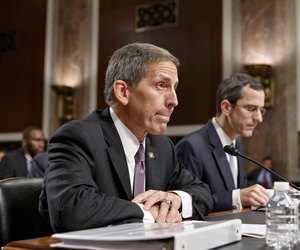 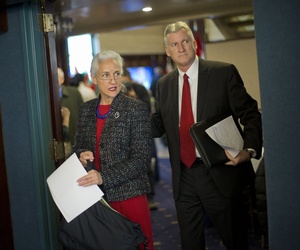 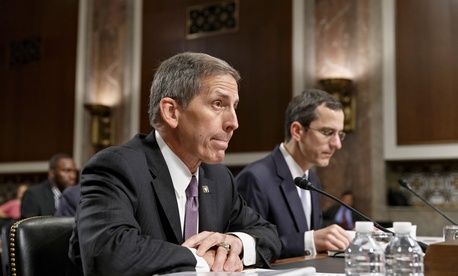 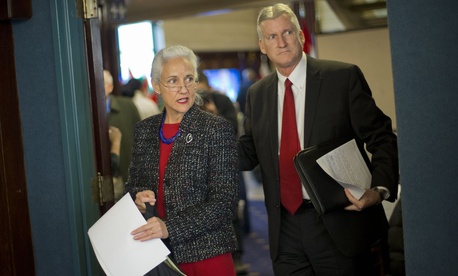