Shifting Left: How DevSecOps Strengthens Agency Security and Risk Management
Skip to Content
Get all our news and commentary in your inbox at 6 a.m. ET.
Ideas
How We're Planning the Biggest Personnel Overhaul in 45 Years 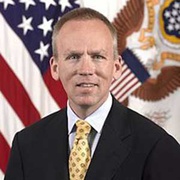 Through the current Force of the Future initiative, many leaders throughout the Defense Department are heeding Secretary Ash Carter's call for innovative thinking about our nation's most enduring competitive advantage: our people.

And although we're justifiably proud of our leading technologies at home and in harm’s way, in reality there is no such thing as a weapons platform that is “unmanned” or “pilotless.” Squarely behind each sophisticated instrument of suasion, each strategic deterrent capability, each overwhelming battlespace enabler, lies precious American talent.

It's a reality and charge most current leaders in private industry already accepted some time ago. In the competitive business cycle, especially in the technology market, lifespans of young companies struggling in this new labor marketplace can be measured in days, not years, based on the successes and failures of managing talent. Of course, on the battlefield and operating at sea and in the air, there are much higher stakes for our instruments of national security. And in this modern, data-informed world, neither the business community nor the Defense Department has time or decision space for the bureaucratic needs of hierarchical, linear organizations of a former era.

Unfortunately, the department has been just that type of institution when it comes to personnel management—until now.

We are now asking ourselves: Are we choosing from too narrow a pool our next Navy Adm. James Stavridis, Air Force Gen. Norton Schwartz, or Army Lt. Gen. H.R. McMaster? Are we wrongly assuming that the department’s numbers of perfectly qualified candidates for boot camp and our service academies equates to a system in which service members’ talents are optimized? Do we really know how to measure quality; can we adequately track talent flows; and do we know when (or how fast) that talent is leaving our ranks? More importantly, will our antiquated, stove-piped personnel systems be agile enough to attract that same quality 10 or 20 years from now, and inspire it to stay?

There is much to learn from our partners in private industry, using advanced analytics, gamification, and data-enabled tools to reveal and groom best talent — and much to glean from enlightened efforts already going on within the department.

Secretary Carter's Force of the Future initiative is quickly revealing some innovative thoughts across the military services. For example:

From Carter’s office, it is our turn to transform our entire military and civilian personnel management systems into talent management systems that are strategic in nature and which capitalize on the innovative thought, technology, and speed of execution applied to other critical processes in the department. The last time we engaged in a project of similar scale was the 1970 Gates Commission, which contemplated a move away from conscription and in the end, led to the all-volunteer force we have today. Economics luminaries no less than Walter Oi and Milton Friedman publicly debated the merits of leveraging the “invisible hand” of differentiated skills to operate what was sure to be a highly specialized force of their future — the force of our present.

They were right. The experiment is proven. But as even they surmised, there is much more to consider in unlocking the true potential of people who place purpose and service first, for the force of our future. Compensation is only a narrow window from which to view talent in national security, and an inadequate one at that. We can and must do better.

Our current generation, many of whom already are proven in service, both abroad and at home, is telling us, if only we have ears to listen: options, flexibility, transparency, and choice in careers of service, civilian and uniformed alike, are more compelling than a mere paycheck. Measuring, grooming, and rewarding their differentiated talents is more important to national defense than following the strict paths leading inexorably to the faint possibility of general or flag rank. The power of innate personal qualities applied to a grander purpose is infinitely more inspiring than a system that treats people like interchangeable parts.

In short, we have yet to fully capitalize upon of the full spectrum of this American generation’s talent, when applied to our national defense. While this will not be something we can change overnight, this is just this kind of debate Secretary Carter and I want to foster. Time is of the essence; our window of opportunity is before us now. We have encouraged the entire department to be bolder still in imagining a new talent management system which honors the best gifts of Americans in service and guarantees the department’s share of talent in a future labor market. In this rapidly changing marketplace, ever-flattened by access, opportunity, and information, nothing less than future of our national security is at stake.

(Related: The Pentagon Says This Man Can Fix Its Personnel System)

NEXT STORY: Two Years After Snowden, Are We Better Off?