Taking Flight: How Akima Is Helping to Shape the Airmen of the Future at the United States Air Force Academy
Skip to Content
Get all our news and commentary in your inbox at 6 a.m. ET.
Ideas
Tajikistan’s Security Chief Has Gone Over to ISIS. Now What?

Washington must convince the corrupt and repressive Tajik government to change its ways, lest extremists gain a Central Asian foothold. 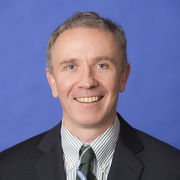 The April disappearance of Gumurod Halimov, the American-trained head of Tajikistan’s elite security force, sent shudders through Dushanbe, the capital of Afghanistan’s impoverished northern neighbor. His May reappearance in an ISIS video shocked not just Tajikistan, but all of Central Asia. It was also a wakeup call for Washington. Halimov’s venomous propaganda videos, in which he cites his counterterrorism training with U.S. special operators and Blackwater in the United States, underscore the danger of providing unrestricted U.S. security assistance to failing states.

Central Asia has long defied predictions that it might soon harbor violent extremism, but the defection of a senior security official to ISIS points to a crisis in Tajikistan’s governing structures. Before the U.S. considers any more security or military assistance to the area, we should take heed of the main causes of instability in Eurasia: poor governance, pervasive corruption, and repression. The U.S. must set more stringent conditions on security assistance — specifically, require these states to improve governance — lest it prove wasteful and counterproductive.

We know little about Halimov’s path to ISIS or the extent of the group’s reach into Central Asia, so distant from its main battleground in Syria. But we know that Halimov participated in U.S.-sponsored counterterrorism training programs with U.S. special operations forces on five occasions either in Tajikistan or the United States. He reportedly received U.S. instruction on a broad array of topics: tactical leadership, terrorism crisis response, and counterterrorism preparations for large events. We also know that Tajikistan’s government is weak and corrupt, and that Halimov’s superiors, who kept sending him for more foreign training, apparently were unaware anything was amiss.

It appears that Tajikistan has learned no lessons from his defection. Although Dushanbe quickly designated ISIS a terrorist organization and revoked the citizenship of Tajiks fighting for militant organizations overseas, these are largely symbolic efforts to show the population and the world—especially Russia and the United States, its most important security partners—that it is doing something. The Tajik government has been silent about what sort of internal investigation it is conducting into the defection, and has not called for reforming the security services or the processes by which they vet their own.

This should come as no surprise. Tajikistan is not known for its openness. It ranks 152 out of 175 countries on Transparency International’s Corruption Perceptions Index. Given the widespread corruption across its economy and government — the country’s police reportedly support a lucrative smuggling trade across the Afghan border by taking bribes or even actively participating — Tajikistan should be asking whether corruption or criminality played a role in its failure to detect a jihadist in its senior ranks.

But such questions would embarrass, if not undermine, the country’s president, Emomali Rahmon. His 27-year-old son heads the national anti-corruption agency, which the family reportedly uses to sideline or eliminate political and economic rivals and secure the loyalty of other security services. Could such heavy-handedness have driven Halimov and others from officialdom to extremism?

Instead of reflecting on its failures, the government is using the Halimov affair to step up its years-long efforts to restrain the influence of Islam in public life and beat down the country’s beleaguered political opposition. This year has brought new restrictions on Islamic dress and a prohibition on Tajiks under 35 going on the Hajj. The security services have stepped up harassment of devout Muslims—a grievance Halimov highlights in his propaganda videos, suggesting yet again that such hardball tactics fuel rather than quell radicalization.

Finally, Rahmon’s government now appears determined to destroy the opposition Islamic Renaissance Party of Tajikistan. In March, flawed elections ejected the IRPT from its few seats in Parliament, breaking the 1997 power-sharing deal that restored stability after a five-year civil war. In June, regional branches of the party were disbanded as member after member declared their loyalty to the government. The IPRT’s long-time leader left the country altogether, fleeing allegations of corruption. On July 8, the country’s Prosecutor General announced the IPRT may lose its official status as a political party.

Rahmon is taking advantage of the world’s concern about ISIS, betting no one will notice this most recent squeeze on the opposition and independent Islam, and the lack of any real effort to investigate to why his government failed to discover an extremist in a senior position. This may be a well-placed bet. The American Embassy in Dushanbe delivered 87 vehicles to Tajik security services agencies on July 8, the same day the Prosecutor General’s announced the IPRT’s likely fate. It seems Washington has not learned any lessons from the Halimov affair either.

NEXT STORY: Was the Iran Deal Worth It?