How to Overcome Challenges of Managing Hybrid, Multicloud Environments
Skip to Content
Get all our news and commentary in your inbox at 6 a.m. ET.
Ideas
Seven Things Our Army Needs, Right Now

AUSA's president calls for stabilizing the size of the Army, giving it more money, and ending partisan conflict. 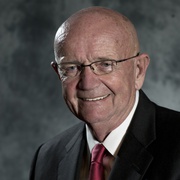 The Association of the U.S. Army opens its annual three-day symposium and exposition today with deep concerns about the future of America’s Army.

The world outside the U.S. is in turmoil. Our Army is getting smaller, and we have no clue when our force size will hit bottom. Meanwhile, political dialogue in this country focuses not on our critical national-security situations, but on internal political issues.

This is not a picture of stability. This is not a picture of strength. In an unpredictable world, we don’t need any doubt of the Army’s ability to quickly, forcefully, and decisively respond to missions, large or small, on any domain. As we flounder, we risk losing the support of our soldiers and their families.  Our allies will continue to lose confidence in our role as a global leader. Potential adversaries will see weakness.

For these reasons, the path ahead for our Army will be foremost on the minds of the 26,000 people we estimate will be part of AUSA’s annual meeting.  The Army’s new uniformed leader, Chief of Staff. Gen. Mark A. Milley, has made his priorities very clear:  Readiness is first, followed by building the Army of the future and taking care of soldiers.  All these priorities require resources that are not guaranteed in our current budget climate, with caps on defense spending and the continued threat of sequestration.

In my view, based on my 36 years in the Army and 17 years as president of AUSA, we as a nation need to do seven things:

1. We must stop the drop in Army force strength, at least until we have consensus on what needs to be done and how many soldiers this will take. We run the risk of dropping below the levels needed to carry out our commitments if we cut first and strategize later.

2. We need budget stability. We need a reasonable five-year defense plan that the Army and its industry partners can trust, without gimmicks and without fear of sequestration. It is absurd that our national security apparatus is guided by such a dysfunctional and potentially disastrous budgetary process.

3. We must believe—not just say—that active, National Guard and Army Reserve soldiers are equal partners on the One Army team. With the current force, the Army and our nation need everyone fully resourced so they are staffed, trained and equipped to pull their share of the load. Budgetary stability will help in this regard, because fear of reduced funding has fueled distrust, especially between the active Army and the National Guard.

4. Rotational deployments to Europe, Asia, and other locations, and rotations to the National Training Center, need to be fully supported and, if possible, expanded because a smaller Army has to work harder at being a global presence. With fewer forward-based soldiers, rotational deployments and prepositioned weapons and stockpiles will be extremely important to U.S. national interests, and show that the United States is still in the game.

5. The Army needs money to experiment on weapons, because innovation and technological breakthroughs are the future of the force.

6. We have to mean it when we say we support the troops. Three consecutive years of caps on military pay and moves afoot to overhaul retired pay, increase out-of-pocket health care costs and cut taxpayer support for commissaries all are tough to swallow, for soldiers and especially for soldiers’ families. The drip-drip-drip of discussion of benefits cuts is almost worse for morale than any actual changes.

7. Partisan bickering on national security policy has to stop.  Reluctance to compromise and attempts to use every single action taken by our government as an excuse for finger-pointing emboldens our enemies, concerns our allies, and weakens the morale of our soldiers and their families.

The national-security consequences of failing to take these seven steps could be enormous. The new Army chief of staff and the new Army secretary we expect to be confirmed by the Senate later this year need to be standing on firm ground in terms of budget and policy as they move the Army forward, especially in their efforts to eliminate inefficiencies that are diverting dollars from pressing needs.

Our soldiers, from top leaders down to the newest private, need assurance that their commitment to serve in uniform is backed by an equally steadfast commitment from our nation. Industry and its skilled civilian workforce need reassurance that dedicating time and money on defense weapons and equipment is economically smart.

We cannot overlook what the world thinks of us. For our friends, foes, and those still on the fence about the U.S., we can restore our national credibility by not just talking strong, but by standing on a solid foundation.

NEXT STORY: Can Afghan Forces Resist the Taliban?