In this Nov. 22, 2011 file photo, the Iraqi flag waves while federal police parade in Baghdad.

Obama didn’t turn victory into defeat. There was no victory.

In the fall of 1919, a year after the guns of the Great War fell silent, a senior British officer dined with the former German general Erich Ludendorff. The conversation turned to Germany’s recent defeat, which Ludendorff blamed on the home front. “Do you mean, general,” asked the British officer, “that you were stabbed in the back?” Ludendorff’s eyes suddenly lit up. “Stabbed in the back? Yes, that’s it, exactly, we were stabbed in the back.” And so was born the Dolchstoßlegende, or the stab-in-the-back myth. German conservatives claimed that the kaiser’s army hadn’t been defeated on the battlefield in 1918, but was instead betrayed by domestic anti-war groups.

In the United States, the stab-in-the-back has become a staple right-wing explanation for lost wars. During the McCarthy era, conservatives blamed the Harry Truman administration for “losing” China to communism during the Chinese Civil War in 1949, and then failing to secure victory in Korea. After the Vietnam War ended in defeat for the United States in 1975, Richard Nixon impugned liberals, the media, Congress, and anti-war demonstrators for failing to back Saigon. Even the movie hero Rambo got in on the act: “Sir, do we get to win this time?”

In the wake of the Iraq War, the stab-in-the-back myth has resurfaced. This time, conservatives place the blame squarely on President Obama. As the story goes, George W. Bush’s “surge” of American troops in Iraq achieved a victory, before Obama fecklessly withdrew U.S. soldiers, transforming success into failure and triggering the rise of ISIS.

Senator Lindsey Graham said, “When it comes to blaming people about Iraq, the person I blame is Barack Obama, not George W. Bush.” Jeb Bush said the president retreated from Iraq in “blind haste” and concluded: “Rushing away from danger can be every bit as unwise as rushing into danger, and the costs have been grievous.” The conservative commentator Charles Krauthammer claimed that the Iraq War had been “won,” only for the victory to be “tossed away” by the president.

Like many myths, the stab-in-the-back combines an ounce of truth with a pound of exaggeration. In 1918, German sailors mutinied and the country collapsed in revolution, giving the superficial appearance of a military betrayed at home. But the war effort was already lost, as newly arriving American forces overwhelmed German troops. In 1975, the American will to fight in Vietnam had indeed eroded. But no victory was possible. By that point, the United States had lost nearly 60,000 soldiers in a campaign to prop up an illegitimate regime in Saigon. How would pouring even more resources into the Asian sinkhole serve American interests?

Today, one can rightly criticize Obama’s Iraq policy. Ideally, the United States would have left in place a small successor force to help train the Iraqi military. Instead, pursuing a narrative of extrication from Middle Eastern wars, Obama took his eye off Iraq. As U.S. troops withdrew from the country between 2009 and 2011, Vice President Joe Biden visited Baghdad seven times—so frequently, one U.S. general joked, that Biden was eligible for Iraqi citizenship. But after the last soldiers departed at the end of 2011, Biden never went back, symbolizing the White House’s diminishing attention on Iraq. This was a critical period when Iraqi Prime Minister Nouri al-Maliki deepened Iraq’s sectarian divisions, and violence escalated in neighboring Syria. The Atlantic’s Peter Beinart summed up Obama’s policy: “Let Maliki do whatever he wants so long as he keeps Iraq off the front page.”

In Libya, Obama appears to have not learned one of the main lessons of the Iraq War: There’s no point in overthrowing a tyrant without a plan to win the peace.

And yet Obama didn’t turn victory into defeat. For a start, there was no victory. In 2009, the troop surge had helped pull Iraq back from the brink of utter catastrophe, but the country remained extremely fragile and deeply traumatized. “Committing murder in Iraq is casual,” said one Iraqi official, “like drinking a morning cup of coffee.”

Furthermore, when Republicans berate Obama for withdrawing American troops, they neglect to mention that Obama inherited a timetable negotiated by the Bush administration for a complete U.S. exit. Could Obama have convinced the Iraqis to switch direction and accept a follow-on force? Here, opinion differs widely. It’s fair to say that the White House was internally divided about a successor force, and didn’t push as hard as it could have. But a rising tide of Iraqi nationalism made striking such a deal extremely challenging. When I interviewed John Abizaid, the former head of Central Command, for my book on U.S. military failure, he told me that an American successor force was “not in the cards at all.”

Republicans also vastly embellish what an American successor force might have accomplished. In the GOP’s imagination, these troops have grown into supermen who could have held off extremism in the Middle East—as if Obama pulled the Spartans out of Thermopylae. But if 150,000 U.S. troops couldn’t salve Iraq’s sectarian divisions, why would 10,000 soldiers have solved the puzzle? And these troops would almost certainly not have prevented the emergence of ISIS, which mainly arose across the border in Syria.

In a bid to blame Obama, Republicans neglect critical questions about Iraq—about the wild overconfidence, the failures of unilateralism, and the lack of planning for the post-Saddam era.

It’s tempting for Republicans to play the stab-in-the-back card. The narrative of liberal failure can rescue a hawkish foreign policy from the wreckage of Iraq. But playing that card is dangerous as well. During the 1920s and 1930s, the belief that Germany hadn’t lost World War I on the battlefield nurtured National Socialism. Decades later, the contention that the left was responsible for defeat in Vietnam worsened social tensions in the United States—divisions that hadn’t yet healed by 2004, when critics disparaged John Kerry’s war service in Vietnam and introduced the term “swift-boating” into the political lexicon. Today, the notion that Obama is responsible for losing Iraq and begetting ISIS only deepens the hyper-partisan climate.

Plus, the stab-in-the-back myth prevents real reflection about failed wars. After World War I, Germans didn’t come to terms with the price of militarism. Instead, they looked for scapegoats at home and vengeance abroad. The idea that Vietnam was a triumph forsaken prevented the United States from fully recognizing how its Asian adventure had been premised on a series of illusions, including the perception of communism as a monolith. In a bid to blame Obama, Republicans neglect critical questions about why the United States invaded Iraq—about the wild overconfidence, the failures of unilateralism, and the lack of planning for the post-Saddam era.

Of course, it’s not just conservatives who need to face some hard truths. In toppling Muammar al-Qaddafi in Libya in 2011, and then watching from a distance as Libya disintegrated, Obama appears to have not learned one of the main lessons of the Iraq War: There’s no point in overthrowing a tyrant without a plan to win the peace. 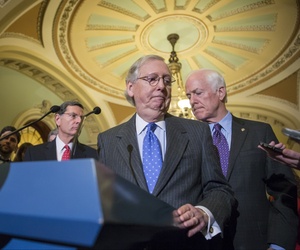 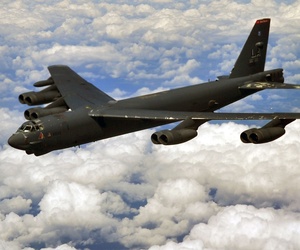 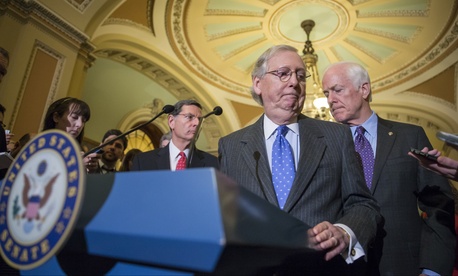 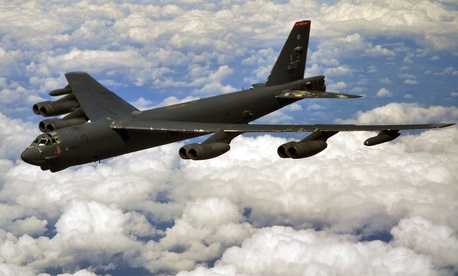