The savings rarely materialize when the services try to develop common weapons, but the problems sure do.

Jointness in defense planning and acquisition is supposed to save money by minimizing redundancy and duplication between the military services. But these benefits often prove illusory in practice, and they never seem to materialize in efforts to build a joint fighter jet. Recent comments by the F-35’s program chief suggest that reality might finally be sinking in.

The idea behind joint aircraft development is that a common platform will allow several services to reap economies of scale in production. As the F-35 has proved, the opposite is true. According to Defense One’s Marcus Weisgerber, the Joint Strike Fighter’s three variants share only about 20 percent of their parts.

The reasons for the lack of commonality are simple. The services involved—the U.S. Air Force, Navy, and Marine Corps—have different operational needs, different aviation concepts, and different organizational cultures. Attempts to satisfy all those involved have made the military’s fifth-generation fighter program the most expensive procurement program in military history, although it was sold on its affordability. As a 2013 RAND Corporation study on joint fighter development found that “the need to accommodate different service requirements in a single design, and…increased weight beyond that needed for some variants, potentially leading to higher overall cost, despite the efficiencies.”

Leaving aside the inherent complexity of weapons that push the technological envelope, reengineering the individual variants of the fighter with service-specific capabilities is all but inevitable. Canceling major programs once they have entered into production is rare enough under normal circumstances. When three services have skin in the game, as they do in the case of the F-35, it becomes almost impossible. With the program approved, log-rolling all but ensured the services were free to reengineer the plane to fit service-specific needs with less fear than usual of cancellation—even as economies of scale were obliterated and costs escalated.

The result is a deeply flawed, very expensive fighter jet. Attempts to make the fighter a jack-of-all-trades for three services has inevitably led to it being a watered-down master of none—with short range, only over-the-horizon air-to-air combat capability, and questionable ability to provide close air support.

Yet joint fighter development had an ignominious history even before the Joint Strike Fighter was a flicker in the Pentagon’s imagination. In 1961, Defense Secretary Robert McNamara thought he could save money by making the Air Force and Navy share a common platform . The Tactical Fighter Experimental—initially known as the TFX, and later the F-111—proved to be so costly, and the services’ needs so incompatible, the Navy eventually pulled out of the program. As military aviation historian Richard Hallion has written, “the critical point too often ignored in discussions of the TFX/F-111 experience was the basic incompatibility of developing a single common airframe to undertake widely differing Air Force and Navy missions.”

There are practical reasons beyond cost to pursue separate platforms, and benefits to pursuing redundancy rather than uniformity. The former provides options, the basis for comparison, and a failsafe should things go wrong—as they often do in defense acquisition. When the F-111 debacle went down, the Navy’s F-4 Phantom provided a fallback option that McNamara was able to convert into a usable aircraft for the Air Force. Not only did it perform admirably for the service, the F-4 also provided the impetus for later success. A decade later, not wanting to be stuck with another Navy plane, the Air Force developed the F-16—which recently bested the F-35 in a training exercise.

Bogdan made his comments on the difficulty of joint fighter development in context of potential Air Force and Navy cooperation in development of a sixth-generation fighter. Based on the few ideas the services have put out for public consumption a potential follow-on for the F-35, compatibility looks to be as illusory as ever. The Air Force wants a manned fighter—unsurprising for a service founded and staffed by pilots—while the Navy wants an unmanned platform. The Air Force wants stealth, while the Navy thinks it is overrated.

As the services plan their next-generation fighters, they should learn the lesson they have too often ignored: joint fighter development does not work. For the sake of American tactical aviation, and their own wallets, American taxpayers should hope that the F-35 chief’s comments are a sign they have. 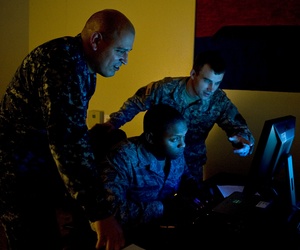 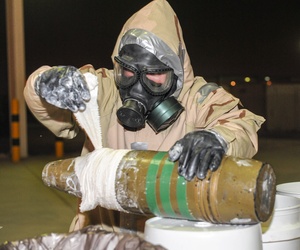 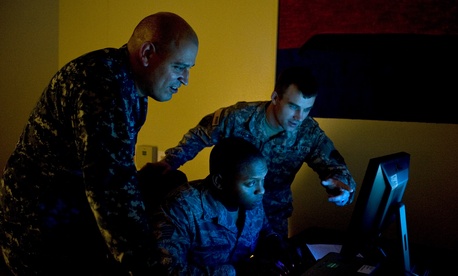 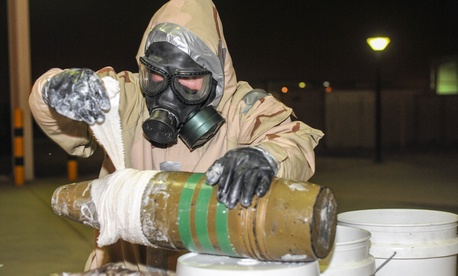