Building Stronger Public Health through the Pandemic and Beyond
Skip to Content
Get all our news and commentary in your inbox at 6 a.m. ET.
Ideas
Why Clinton Gets My Vote, by Former Defense Secretary William Perry

The veteran of GOP and Democratic administrations says Trump is unfit for the presidency. 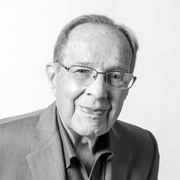 I have spent a career focused on this country’s national security, serving under the leadership of both Democrats and Republicans, and I am deeply concerned about the security challenges that will be facing our country in the coming decade – from terrorism to cyberespionage to the threat of nuclear proliferation. I understand how difficult it will be to navigate emerging threats in an uncertain world. And I recognize the critical importance of a commander-in-chief who has the experience, temperament, and wisdom to deal effectively with any challenges that might arise. That is why I am unequivocally endorsing Hillary Clinton for president of the United States.

I have been fortunate to interact with Secretary Clinton at various points throughout her distinguished public service career. In 1994, when I served as Secretary of Defense, I knew her as an extremely well-informed and dedicated First Lady who was uniquely engaged in matters of policy. In 2001, when she was a Senator from New York and an incoming member of the Senate Armed Services Committee, she asked me to brief her on current security issues – and I came away profoundly impressed with her breadth of knowledge, her astute questions, and her grasp of complex issues. In fact, she was later widely considered to be among the most effective members of that committee, by military officers and by her congressional colleagues on both sides of the aisle. In 2009, after she had been confirmed as our new Secretary of State, she asked me to chair her International Security Advisory Board – and again, I had the opportunity to observe her wide-ranging knowledge of our most intractable national security and diplomatic issues, as well as her dedication to doing the best job she could do for our country.

Over the course of this campaign, the American people have been able to see those qualities for themselves – on the campaign trail, where Hillary has spoken at length and in detail about her qualifications and plans for the future; in debates, where she has exhibited sound judgment and steady poise under pressure; and in her policy proposals, which are thoughtful, responsible, and clear.  She displays a seriousness of purpose and a comprehensive understanding of the difficult security problems our country faces – from the sobering challenges of nuclear weapons to the complex art of international diplomacy.

Hillary’s opponent has also shown the American people who he is. He has insulted military personnel and attacked Gold Star parents. He has ridiculed our allies and disparaged our international partners. He has praised foreign anti-democratic strongmen like Saddam Hussein, Muammar Gadhafi, Kim Jong-Un, and especially Vladimir Putin. He has displayed a dangerous fascination with the use of nuclear weapons – and ignoring decades of efforts to reduce nuclear proliferation, he has entertained the idea of letting nations like Saudi Arabia acquire them.  Through his words and his actions, he has shown that he is unfit to be commander-in-chief.

This nation can and must have complete confidence in the ability of our next leader to do the job. Hillary Clinton will be a serious, incisive, and highly effective commander-in-chief – and I offer my unqualified support for her to serve as our next president.

NEXT STORY: The Syrian Kurds Try DIY Nation-Building in a Wartorn Land