U.S. Airmen mount a refurbished nuclear warhead on to the top of a Minuteman III intercontinental ballistic missile inside an underground silo in Scottsbluff, Neb., April 15, 1997.

With a new Nuclear Posture Review (NPR) under development, there is opportunity to reconsider some current assumptions about nuclear deterrence and policy. For example, there is tacit acceptance within the U.S. government that the United States will not develop new nuclear warheads, new military missions for nuclear weapons, or new military capabilities for nuclear weapons because, as suggested, doing so would reduce the threshold for nuclear weapons use. Often called the “three nos,” this view is not based on evidence and may actually have the opposite effect: lowering an adversary’s nuclear threshold. Here’s why.

In December, the Defense Science Board recommended developing lower-yield (primary only) nuclear-tipped ballistic missiles. This was met with confusion and outrage by some members of Congress, who concluded that the Defense Department was looking to develop highly usable “tactical” nuclear weapons. This could not be less correct.

All U.S. ballistic nuclear missiles are “strategic” because of both their operational employment and the implications of their use. However, just as the yields of successive generations of intercontinental and submarine-launched ballistic missiles declined as they became more accurate, so should the yield of future generations of ICBMs and SLBMs.

It is important to remember that the warheads currently employed on the nation’s nuclear missiles were designed before the age of highly accurate guidance technologies. The accuracy of ballistic missiles in the early 1970s was significantly less than what we expect to be the case for the Ground Based Strategic Deterrent, the replacement for the Minuteman III.

The need to move beyond a nuclear stockpile largely designed in the 1970s is becoming pressing. Earlier this month, Gen. Paul Selva, vice chairman of the Joint Chiefs of Staff, called for increasing low-yield nuclear options. In congressional testimony, he said, “If all you have is high-yield weapons to answer a low-yield attack, it’s still a nuclear attack. Answering that with a conventional weapon is likely not going to have the kind of deterrent value as saying, ‘Even if you use a low-yield weapon, we have options to respond.’” This was met with skepticism by lawmakers who mistakenly took Gen. Selva’s comments to mean he is advocating for limited nuclear war.

The goal is to prevent the United States from finding itself in a situation where the only two options are suicide or surrender.

In fact, he was advocating for a capability that strengthens the credibility of American deterrence and thereby decreases the likelihood of nuclear weapons use. The goal is to prevent the United States from finding itself in a situation where the only two options are suicide or surrender.

What is often forgotten is that the enemy always gets a vote. Americans, and those with our values, do not control when nuclear weapons will be used. We can only control our own actions while attempting to influence the actions of others. This concept is at the heart of deterrence—influencing an adversary to choose inaction over action. Deterrence occurs in the mind of an adversary. The choices we make in selecting the weapons we field plays a central role in shaping the decisions that an adversary makes.

If an adversary believes we have no credible options to respond to their aggression, the decision calculus may shift from inaction to action as the risks are seen to no longer outweigh the rewards. This creates what has been called the choice of surrender or suicide. Russia’s “escalate-to-deescalate” strategy — or as the commander of U.S. Strategic Command, Gen. John Hyten, has recently referred to it, “escalate-to-win” — is premised on the Russian perception that the United States lacks a credible tactical (lower-yield) nuclear capability.

If Putin understands the U.S. does have a credible response, he will see that the rewards of inaction outweigh the risks of action.

In short, Vladimir Putin believes the United States lacks the will and the weapons to respond not only to limited nuclear war, but the cohesive use of nuclear deterrence for political gain. We must address this perceived gap in both will and capability if the United States is to maintain a credible deterrent in the years to come.

As far as capabilities are concerned, we must ensure that the U.S. president has flexible options that are credible in the eyes of President Putin. This is done not to make limited nuclear war more likely, but to deter Putin’s escalate-to-win strategy. If Putin understands the U.S. does have a credible response, he will see that the rewards of inaction outweigh the risks of action. This raises the nuclear threshold rather than lowering it. Demonstrating to an adversary that the United States has an appropriate response for any nuclear use will ultimately strengthen deterrence.

The line of thinking advanced by conventional weapons proponents encourages Putin to view the use of tactical and strategic nuclear weapons as separate and distinct, which is dangerous for the United States and NATO. When we do not realize the physiological difference between nuclear and conventional weapons we encourage Putin’s miscalculation. This may reinforce his misplaced belief that the U.S. will be self-deterred if he uses one or a small number of low-yield tactical/theatre nuclear weapons.

Arms control advocates argue that escalation cannot be controlled once a nuclear weapon is used. Such a view lacks historical basis. We have never witnessed a nuclear exchange between adversaries, which makes such a view highly speculative. The closest the world has seen is a small number of cases where adversaries were very careful in controlling escalation. The Cuban Missile Crises and the Kargil War are two examples.

These conflicts saw nuclear brinksmanship, but no actual nuclear weapon use. Escalation was controlled and both sides were able to prevent nuclear war. Since escalation control will never be a one-sided decision, we must provide the president options to deal with any situation in which an adversary believes the United States can be forced to capitulate because of a lack of options.

Eliminating the outdated thinking of a post-Cold War era that looked very different 25 years ago is needed. The nation needs enhanced nuclear capabilities to ensure that our deterrent remains credible. 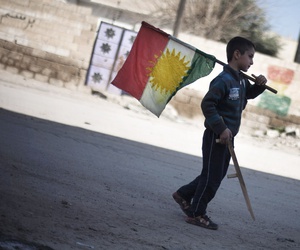 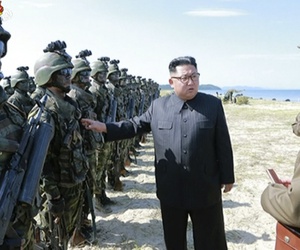 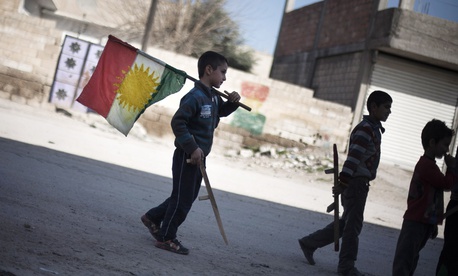 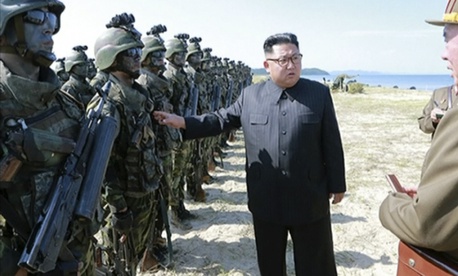