Building Stronger Public Health through the Pandemic and Beyond
Skip to Content
Get all our news and commentary in your inbox at 6 a.m. ET.
Ideas
Stop Turkey's Bombardment Of Our People

What is happening now in Afrin is in clear defiance of all international laws, norms, and values. We will fight. But we shouldn’t have to. 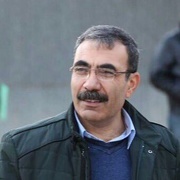 Our people in northern Syria have won overwhelming victories over the terrorism of Daesh. The Syrian Democratic Forces, or SDF, in co-operation with the US-led international coalition, have contributed to the actual destruction of the terrorist project in Syria, especially in the collapse of its capital in Raqqa. The victory of our forces was a victory for all peoples who renounce terrorism. It was retaliation for all who were affected by Daesh’s terror and were executed in cold blood. It was also revenge for all of the innocent civilians targeted by Daesh in cities outside of Syria.

We have shown real partnership with the international community in every effort to support stability in Syria and the region. We have also put every effort in to achieve democracy in a way that serves Syrians without discrimination.

But now the international community watches — and permits — Turkey’s President Recep Erdogan’s barbaric attack on Afrin. It’s an attack that we consider an attempt at revenge on our victories, and which hinders the efforts of US-led coalition forces in the war on terror. This situation necessitates an urgent response by the international community. We expect serious and effective stances and decisions to put an end to the Turkish aggression on our people in Afrin. The slow response of the international community to stop Erdogan, and especially the failure to deter Turkish aerial bombardment, means direct support for Turkey and its objectives, and the return of terrorism and chaos. We firmly believe that imposing a no-fly zone over Afrin would be useful to protect innocent civilians and put an end to Turkish aggression.

We also believe the attack on Afrin today goes against the will of the Syrian people and the coalition’s partners, the SDF, the forces that defeated Daesh and are defending Afrin today. The war against our people in Kobane was initiated by Turkey through its mercenaries. Today, Erdogan is in a weaker position and has resorted to direct intervention.

What is happening now in Afrin is in clear defiance of all international laws, norms, and values. It also is feeding the remaining pockets of terrorism in the areas of north-eastern Syria, near Deir Al Zour and the Iraqi border. Now U.S. coalition leaders worry the pressure on Afrin might lead to the withdrawal of some of SDF fighters elsewhere in Syria to support the Afrin resistance in the northwest.

Related: How Turkey Twisted Three Words Into a Pretext for Invasion
Related: US General to Turkey: We’re Not Pulling Back
Related: Turkey’s Attack on Kurds Tops US Concerns in Syria, Even as ISIS Keeps Fighting

There are more than half a million refugees in Afrin, which until now was a safe haven for them. Those refugees or internally displaced persons, or IDPs, fled the war in the areas held by the Syrian regime and the people of Afrin welcomed them. Protecting them today is the responsibility of not just the SDF but the United Nations and the world. Turkey’s indiscriminate daily shelling results in civilian casualties, including children, women and the elderly, and the destruction of infrastructure.

The Kurdish people in Syria are leading a democratic project together with other citizens of the region, including Arabs, Syriacs, Armenians, Assyrians, Yezidis, and Chechens. Everyone is trying to rebuild the bonds of historical interdependence which were torn apart by the Baathist regime. We strive to achieve the best suitable alternative for all Syrians, one that allows all Syrians to administer their own affairs. We strive to build a secular and democratic political system that ensures equality and justice for all Syrians. And we strive to open the prospects of cooperation with friends all around the world, serving Syrian interests for better Syrian future.

We already have developed these societal and life values. Today, this democratic approach is reflected in our lives. In our region, our unique administrative organization represents these standards of democracy, including with the active role of women and Syrians of different ethnic groups, religions, and backgrounds. In the revolution of the people of northern Syria, the role of women is one of the pillars of democratic development. They play an active role in the administration, including as a co-president of the SDF, and on the battlefields as fighters who believe in their people’s cause. In addition, women play an integral role in politics as leaders who are aware of the conspiracy against their people’s aspirations for freedom and democracy.

Despite all of this, and despite that fact that we are Syrians and we strive to develop Syrian society and to end the war in our country, we have been excluded from all peace negotiations as a result of Turkish pressure. Erdogan sees in our role a threat to his country and his tyrannical regime. This in turn has disrupted our operations against terrorism. After we defeated Daesh in Raqqa, we started another the operation Deir al-Zour which is ongoing as we plan to clear the area between Syria and Iraq from Daesh. But Turkey’s attacks on Afrin has negatively affected our operation and our forces cannot continue the operations as they used to. Daesh, which is encouraged by Turkey’s attacks, is on the offensive now.

Second, the groups that are participating in operation against Afrin are extremists mainly from Daesh and Nusra and they are hiding behind the Free Syrian Army mask. These groups do not have much territory left under their control. Erdogan is trying to take our land from us so that he can place these groups there.

Erdogan seems keen on perpetuating war and terrorism in Syria to stay in power and maintain his tyrannical regime, which is united with the Syrian and Iranian regimes in the war on democratic powers, especially the project of our people in northern Syria.

We will continue to achieve our goals, eliminating terrorism and preventing its reappearance. We will fight, especially in besieged Daesh pockets in the Deir al-Zour area, despite the opposition of such powers as Russia and Turkey who fear it could provide a political and military foothold for democratic Syrian. And we will fight in Afrin. But we shouldn’t have to.

Our people will resist this Turkish military intervention as they resisted in the past. Our victories in Kobane, Tal Abyad, and Manbij are primary examples of our will to defend our achievements. History will record our peoples’ heroic resistance and the shameful role of those who have the ability to do something yet do nothing.

Aldar Khalil is a Syrian Kurdish politician and co-chair of the Democratic Society Movement, or TEV-DEM, in Rojava, Syria. His Twitter handle is @Xelilaldar.

NEXT STORY: Nuclear Nuts: Trump's New Policy Hypes The Threat and Brings Us Closer to War